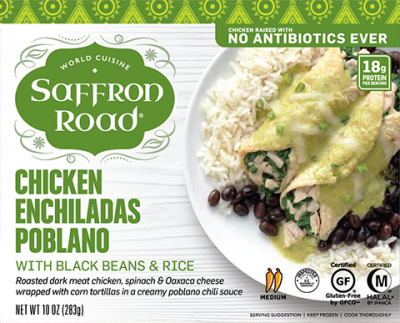 After almost 15 years of weekly reviews, I think we can say with some certainty that the biggest problem we have found with frozen meals is the amount of salt companies choose to add to their foods.

We first discovered Saffron Road Food in August of 2011 with their Lemongrass Basil Chicken and their Lamb Koftis. While the Lamb Koftis wasn't earth-shaking, the chicken was "really rich" and we gave both a thumbs up. Both products had fairly restrained amount of sodium (330mg and 450mg, respectively), and I remarked, "See, Amy's: you can make flavorful food without so much salt".

We were so impressed, in fact, that we followed up that initial review the very next week with two more lamb dishes: Lamb Vindaloo and Lamb Saag. Both had great flavor, but the Vindaloo was just too salty, with 650mg sodium. On the other hand, the Saag had 690mg of sodium which was entirely justified - spinach simply requires a little more salt to really bring out its flavor.

Today we know that the Vindaloo's higher sodium content should have been a warning.

This week we are revisiting the Chicken Enchiladas Poblano, which we first reviewed in 2015. According to our records, the dish had 360 calories, 480mg sodium, and a fairly impressive 5 grams of fiber in a "pretty satisfying meal". We remarked that it was "so refreshing to have a frozen meal that contains a reasonable amount of sodium." 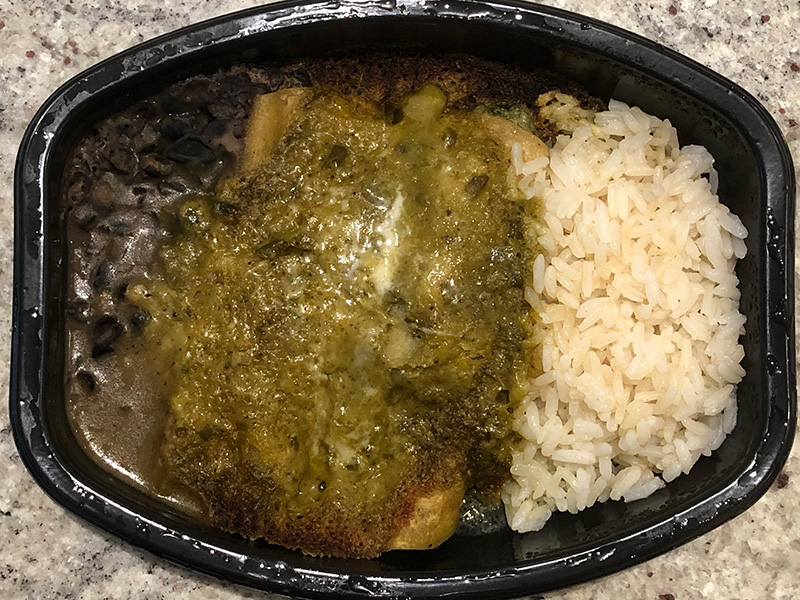 Today the dish is massively disappointing.

Now the Chicken Enchiladas Poblano has 420 calories, 660mg sodium, and 4g fiber. That's 15% more calories - but 38% more sodium and 20% less fiber. And there's simply no reason for the increase in sodium.

Out of the microwave this still has that lovely rich nixtamaled corn and tart poblano scent. What used to be "mesquite black beans" are now simply black beans with "natural smoke flavor" (according to the ingredients list), that are overcooked and dry. The white rice is cooked reasonably well and has a slight garlic flavor.

The corn tortillas are still not gummy and their filling has a fine spinach flavor that would be well complemented by the cheese and poblano sauce if the whole weren't mouth-burningly salty. When we said in 2015 that the dish could use more spice, we meant more poblano and more cayenne, not more salt.

The next item is new to us: a Coconut Curry Chicken that has 440 calories, 690mg sodium, and a paltry 1 gram of fiber. 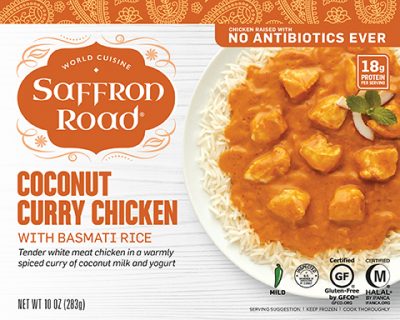 ONE gram of fiber? Simply switching to brown basmati rice could at least double the amount of fiber. 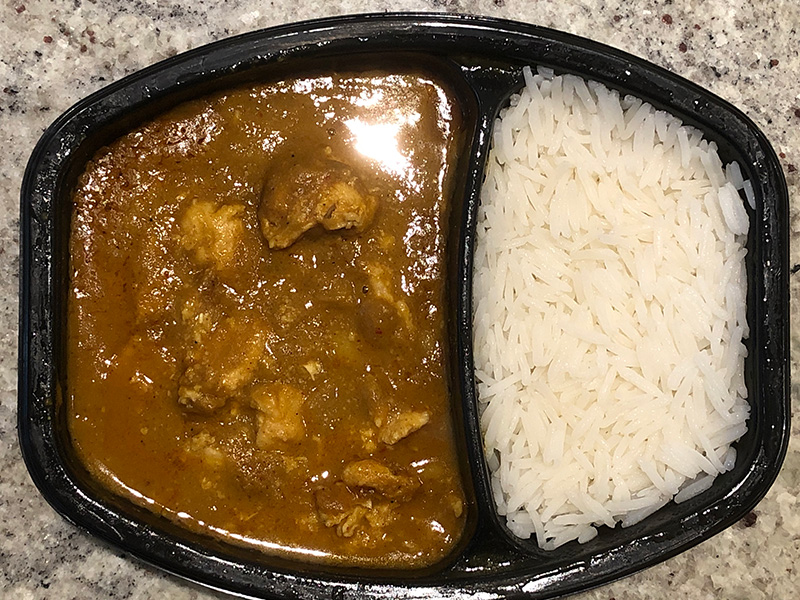 Like the Enchiladas, this is another pretty good dish that's been ruined with a toss of the salt shaker.

That white rice is gummy and chewy, which is a real shame since Saffron Road has so often cooked its rice near-perfectly. The chunks of chicken vary in size, but no matter how large they are, they're all dry in the middle.

The flavor of the sauce could be great, with a gently sweet coconut backbeat and mild curry spice. But again, it's so salty that it's simply inedible, and to add insult to injury it leaves you with a strangely metallic aftertaste.

This is not the Saffron Road we used to know.