We're seeing more and more breakfast burritos in the frozen aisle, and today we have two more from Red's All Natural.

Back in 2020 we reviewed their Uncured Canadian Bacon Burrito and their Egg & Ranchero Sauce Burrito, both of which were fairly good. More recently we tested their coyly-named "Egg'Wiches" - basically sausage patties and cheese sandwiched between rounds of scrambled egg. No bread, and this is what led us to recommend against them despite their flavor: the lack of fiber.

Today we're back to the more traditional burritos. First up was the Turkey Sausage Burrito, which has 340 calories, 580 milligrams of sodium, and 2 grams of fiber. 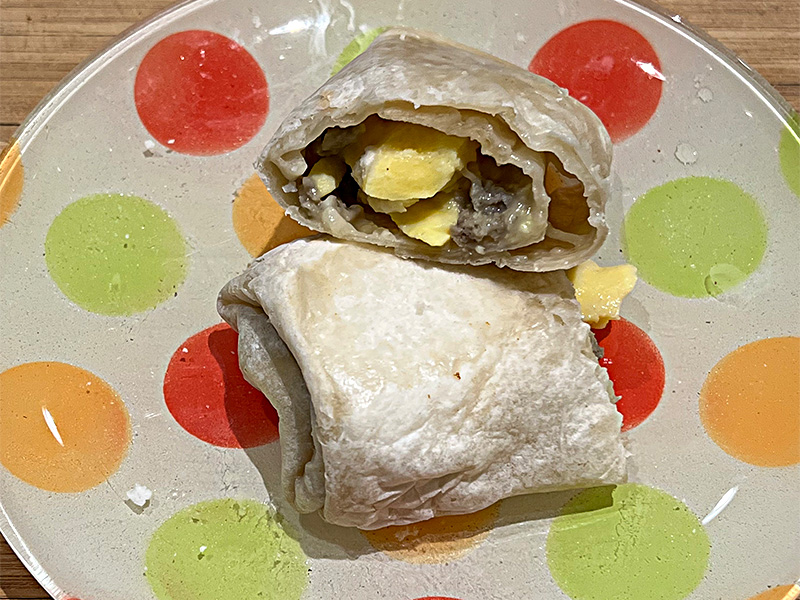 After about 45 seconds on a side in our microwave, we cut the burrito in two to reveal generously-sized chunks of fluffy scrambled egg and equally generous chunks of sausage. (We noted that sausage is the first ingredient.)

The sausage definitely tastes of turkey and is laced with the traditional overtone of sage. The scrambled eggs might become a little chewy as the burrito cools, but there's great egg flavor. All this is in lots of creamy pepper jack and Monterey jack cheeses for one of the best breakfast burritos we've had outside of The Mad Greek's in the desert between Las Vegas and Los Angeles.

This has 350 calories and just 1 gram of fiber. Instead of turkey sausage, this has pork sausage as well as uncured bacon. 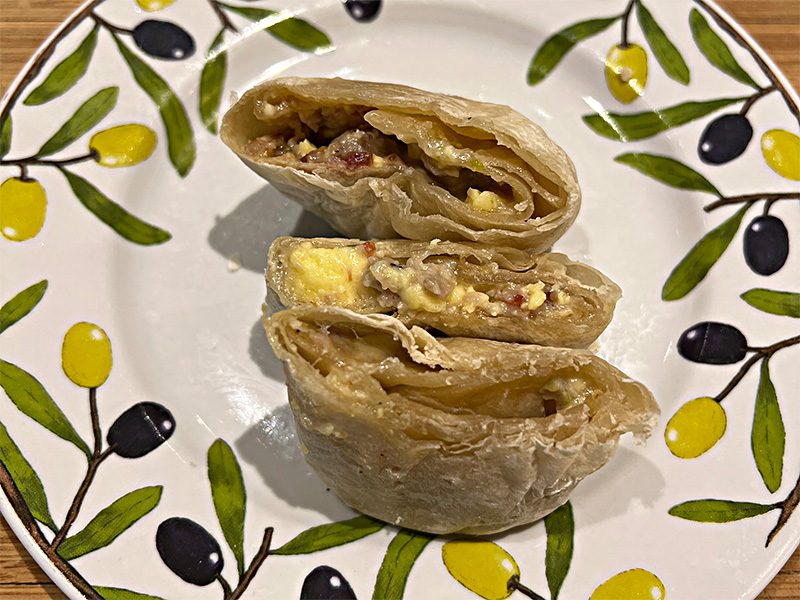 Like the Turkey Sausage Burrito, this didn't split its sides in cooking and the tortilla starts out tender and starts to toughen as it cools.

There appears to be the same fluffy/chewy scrambled eggs, but overall this seems to be less well stuffed than the other.

What's different is the amount of salt.

There's 690 milligrams of sodium in this dish - the equivalent of a third of a teaspoon of salt.

We couldn't tell if the excess sodium was coming from the bacon or the pork, but it doesn't matter: this is inedible. Have the Turkey Sausage Burrito instead.