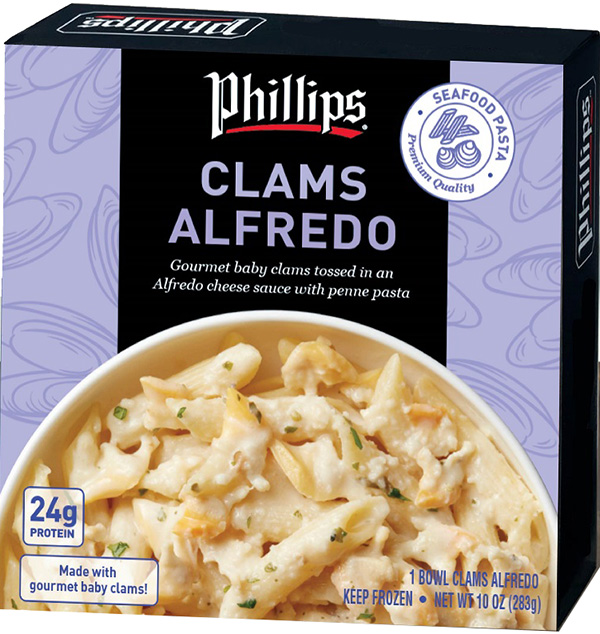 As you probably know, one of our missions here at Dr. Gourmet is to help people eat more seafood. Thus we're always on the lookout for frozen meals that feature seafood. The problem is that seafood doesn't lend itself easily to being microwaved, so the options have long been few and far between, with the notable exception of Scott & Jon's, who until recently sold shrimp dishes exclusively.

Part of the problem in finding these meals may be that frozen seafood meals - at least in our local grocery stores - don't appear on the same frozen food aisle as the frozen food mainstays such as Lean Cuisine or Healthy Choice. Instead, they're next to the seafood counter in a dedicated freezer case, which is where we discovered today's dishes.

Phillips Seafood is a family-owned company which began with selling seafood from the Chesapeake Bay and added its first seafood restaurant in 1956, in Ocean City, Maryland. Now a chain of restaurants in Baltimore area, Phillips Seafood still sells crab meat and other seafoods to grocery stores and has also expanded into frozen foods such as appetizers, soups, and pastas.

We began our tasting with their Clam Alfredo, a substantial meal at 530 calories, only 320 milligrams of sodium (impressive!), and 2 grams of fiber. 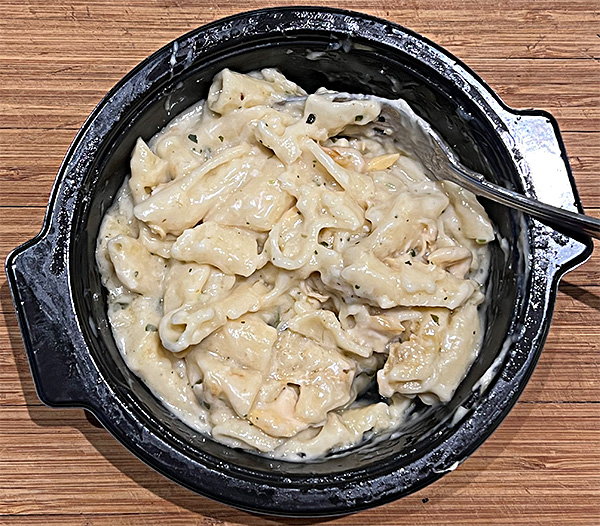 "That smells weird," said a panelist as the dish was cooking.

But it looks really good, although the recommended stirring after cooking and then allowing the dish to sit for 2 minutes does no favors to the "gourmet baby clams", which seem to break up into bits.

We had a tough time deciding about this one. On the one hand: seafood. Lots of creamy, decadent sauce that tastes far more salty than is listed on the package - and this without any added potassium chloride, a common sodium substitute.

On the other hand: the penne pasta is overdone to the point that stirring the pasta actually breaks the pasta into bits - something we more often see with pastas made with rice, not wheat (which this definitely is). Maybe you like your creamy sauce and pasta to be close to mushy. We might overlook that.

Those gourmet baby clams, however? Tiny bits of rubber bands with a very strong clam flavor. Texture aside, the flavor could be off-putting to those who don't like their fish to taste "fishy". Mushy pasta, chewy seafood, tons of fat? With disappointment, just no.

Next we turned to the Seafood Mac & Cheese, which is so new that the product doesn't appear on the Phillips Seafood website. 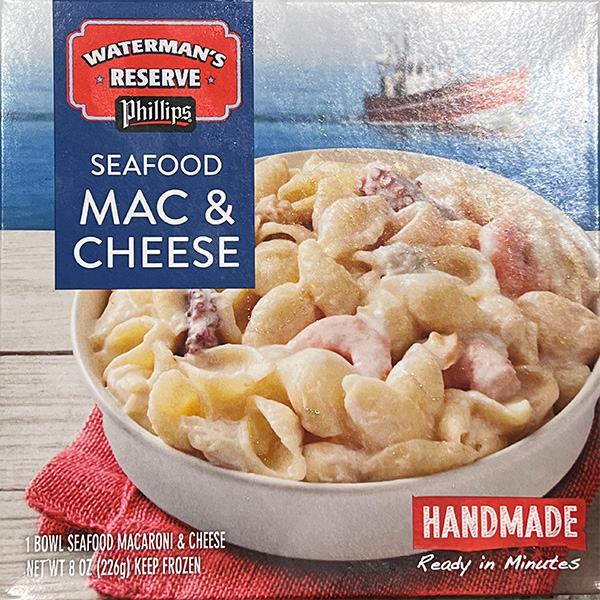 It has 370 calories, 630 milligrams of sodium (salt is added on three different occasions in the ingredients list), and 1 gram of fiber to go with 19 grams of fat - 10 of which is saturated fat.

Another dish to enjoy on occasion. 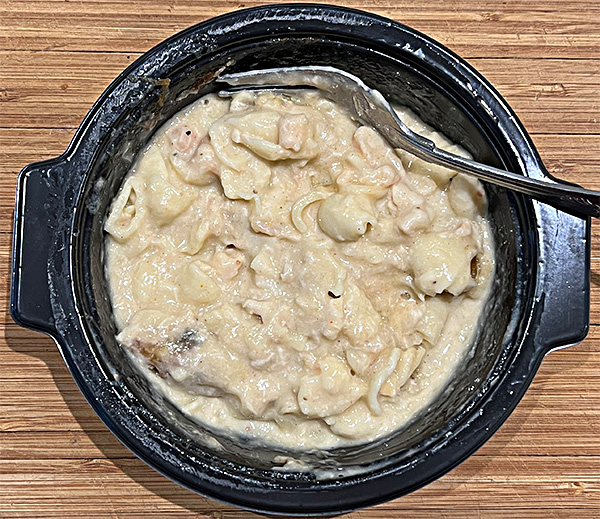 Except this is worse than the Alfredo.

Notice the shrimp and octopus in the picture of the package?

In this dish the shrimp, octopus, squid, clams, and crab (all on the ingredients list) are all, as in the Alfredo, tiny little bits that are utterly unidentifiable but uniformly chewy. A panelist described it as "a pile of mush punctuated by bits of chopped pencil erasers."

Just as we finished the tasting we realized what the weird scent was: iodine. The seafood smells like iodine.

The Clams Alfredo is marginally better than the Seafood Mac & Cheese, but we can't recommend either one. If you want seafood mac and cheese, make our Creamy Mac and Cheese and mix a (drained) can of tuna into it right before serving. We guarantee it'll taste better. Or if you're feeling more ambitious, make Tuna Noodle Casserole.