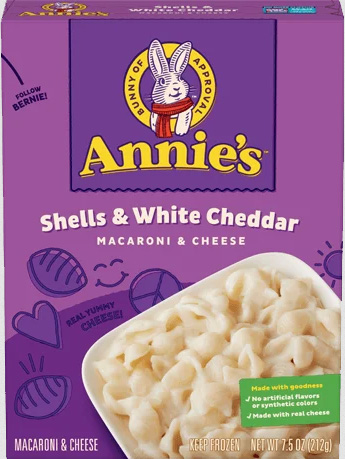 It's been a long time - almost ten years - since we reviewed anything from Annie's. At the time we were seeking out alternatives to the boxed Kraft® Macaroni & Cheese, and two of Annie's varieties got pretty good marks. For some time the company seems to have limited their products to things that aren't refrigerated, from mac and cheese in a box to snacks and cereals.

Now they've entered the frozen food aisle with frozen mac and cheeses. We bought the three varieties our local grocery store had on the shelf and brought them in for testing.

First up was the Shells & White Cheddar, which has 320 calories and 550mg sodium (not bad for frozen mac and cheese!) but oops, only 1 gram of fiber. 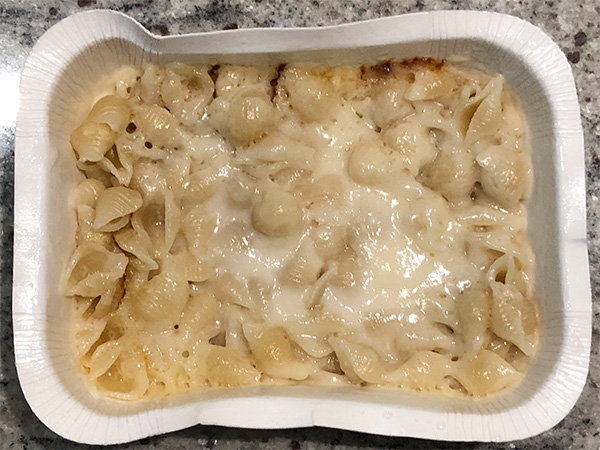 This looks and smells plenty cheesey, which is pretty impressive considering there's only 12 grams of fat in a 7.5 ounce meal. The shells come out of the microwave al dente and the sauce delivers on its promise with a thick, creamy texture and true white cheddar flavor. Kids will love it, but I'm going to recommend against it - not only is it just a little too salty, but worse is that 1 gram of fiber. Leave it on the shelf in favor of either of the others.

The Cheese Pizza Shells exclaim "with HIDDEN VEGGIES" on the package ("1/3 cup vegetables per serving"). 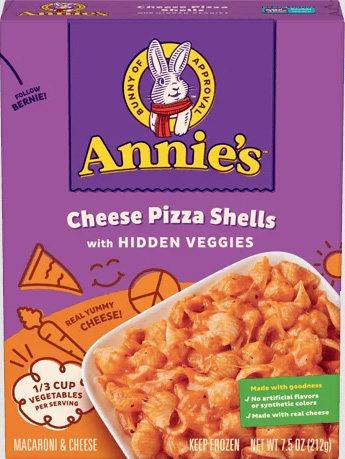 How? Carrot puree in the sauce. In fact, by weight there's more carrot than there is cheese in this dish, which has 280 calories, 470mg sodium, and 3g fiber. 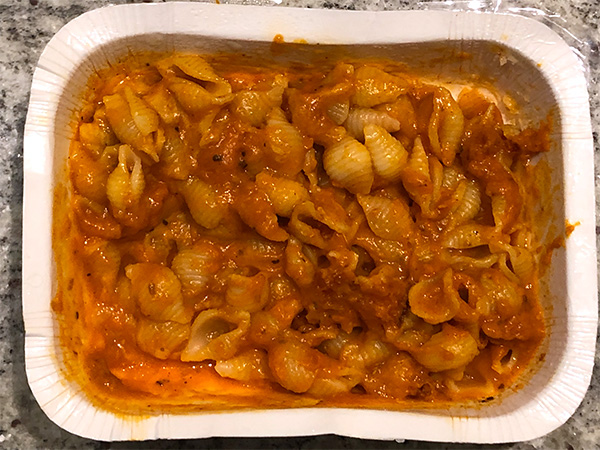 This is the same white flour pasta shells, but this time they're a little softer than al dente. No matter. How does it smell? Like cheese pizza. How does it taste? Like creamy, gooey, mozzarella cheese with a pretty good tomato sauce: cheese pizza.

No, you can't taste the carrot AT ALL. If you've got one of those kids who won't eat anything that grows out of the ground and would rather you made Kraft mac and cheese every day, spend the $3.99 and get this. They'll LOVE it. 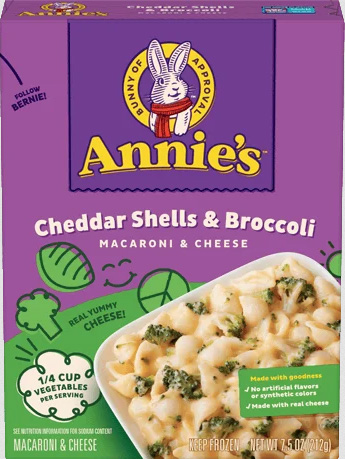 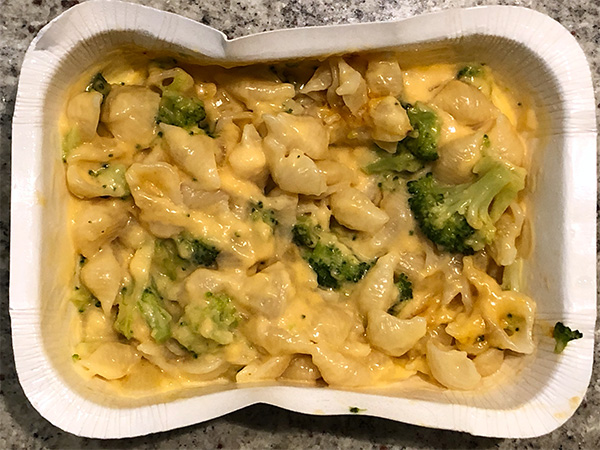 The broccoli isn't overcooked and adds a welcome bit of texture. We noted that when we took the dish out of the box, the broccoli was clearly raw - not precooked in any way so far as we could tell.

Another winner, but the Cheese Pizza Shells is definitely the best of the three in both flavor and nutrition.

All three of these dishes have very short ingredient lists - both the Shells & White Cheddar and the Broccoli Mac have just 9 while the Cheese Pizza has 14. The only ingredient you wouldn't use if you were making these from scratch is annatto extract (made from the seed of a tree and used for color), which is only in the Broccoli version. Impressive.