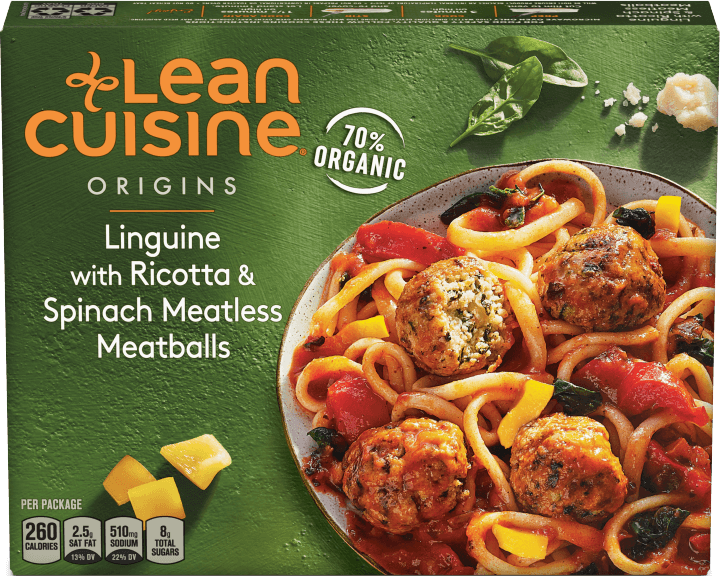 This week we're back to reviewing Lean Cuisine. When we first started doing our reviews in 2006, we dreaded reviewing Lean Cuisine. It was everything that was wrong with convenience meals, which were considered "diet food": highly processed, tiny portions that only vaguely resembled what they were claimed to be, with too much salt and far too little flavor.

Almost fifteen years later, Lean Cuisine is no longer dreaded. Okay, our tasters don't get up and cheer when we announce that we have more Lean Cuisine to test, but generally Lean Cuisine has had a pretty good track record with us for years.

This week's reviews are about par for the course.

We started our tasting with their Linguine with Ricotta & Spinach Meatless Meatballs (260 calories, 510mg sodium, 3g fiber). After the requisite 4 1/2 minutes in the microwave in their little dish, we were minded to rename the dish "Linguine with Ricotta & Spinach Meatless MeatDISCS" - as the meatballs in this dish came out as flattened rounds and not balls at all. 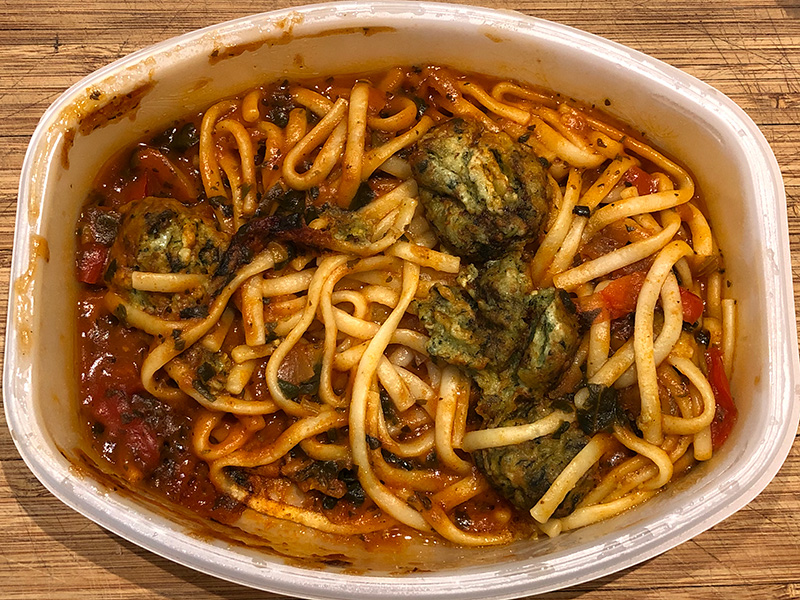 But really, the shape of the meatballs isn't what's important - it's the flavor. And these are good.

The other elements of the dish are less impressive: the linguine is a bit past al dente and the tomato sauce is "far closer to lunch lady" than we'd like, with a definite tang of moderately-sweet tomato soup.

Yet those "meatballs".... They have a definite spinach and ricotta flavor and are tender with cheese and breadcrumbs. We really liked them and wished there were more than a scant four in the dish.

On the whole we'll give this one a thumbs up, but we also strongly recommend that you make your own Zucchini Balls to put in your own Tomato Sauce. Freeze extra Zucchini Balls and extra tomato sauce and you have a dish much better tasting than the Lean Cuisine version as well as much better for you. 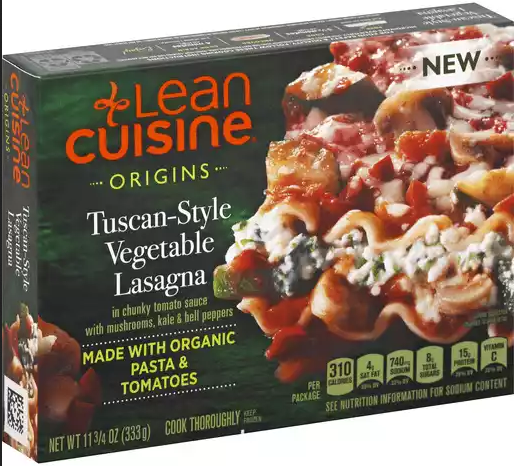 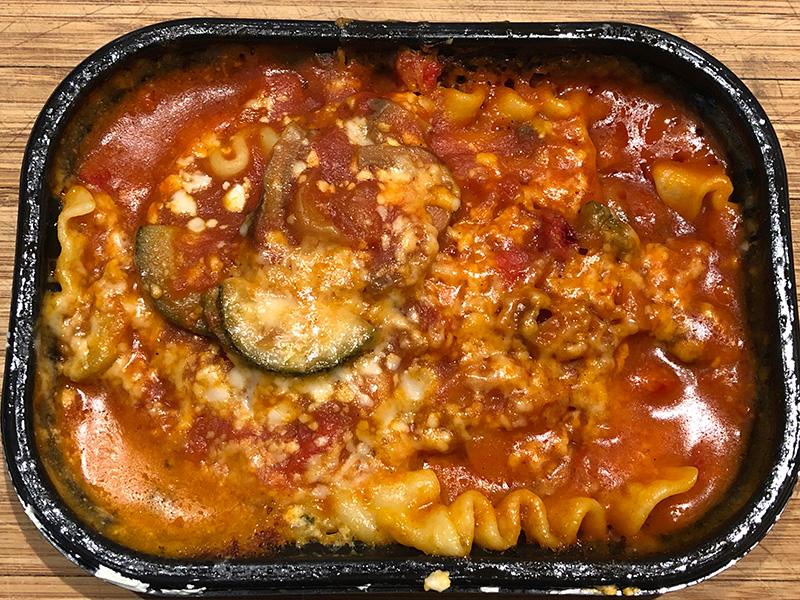 On the one hand, this isn't a fair comparison, as we don't know if today's meal, despite having an identical name as the previous version, is actually the same meal but with adjusted macronutrients. Remember that the Veggie Cuisine version supposedly contained crumbled vegetable protein: today's has nothing of the kind in the Ingredients list.

To be fair, there's a lot of cheese in this dish, which is likely what's driving the high levels of sodium: ricotta cheese is so very mild in flavor that it really demands more salt to bring out its flavor. Unfortunately, instead of looking for ways to bring out the flavor without adding salt, Lean Cuisine has chosen to take the easy way out by simply loading up on the salt.

The older version had a lot of salt, but today's version is truly egregious, and the flavor bears this out: the sauce is "like salty tomato soup" and the scattered few half-rounds of zucchini and yellow squash that we could find taste of "nothing but salt." Leave the Tuscan-Style Vegetable Lasagna on the shelf.