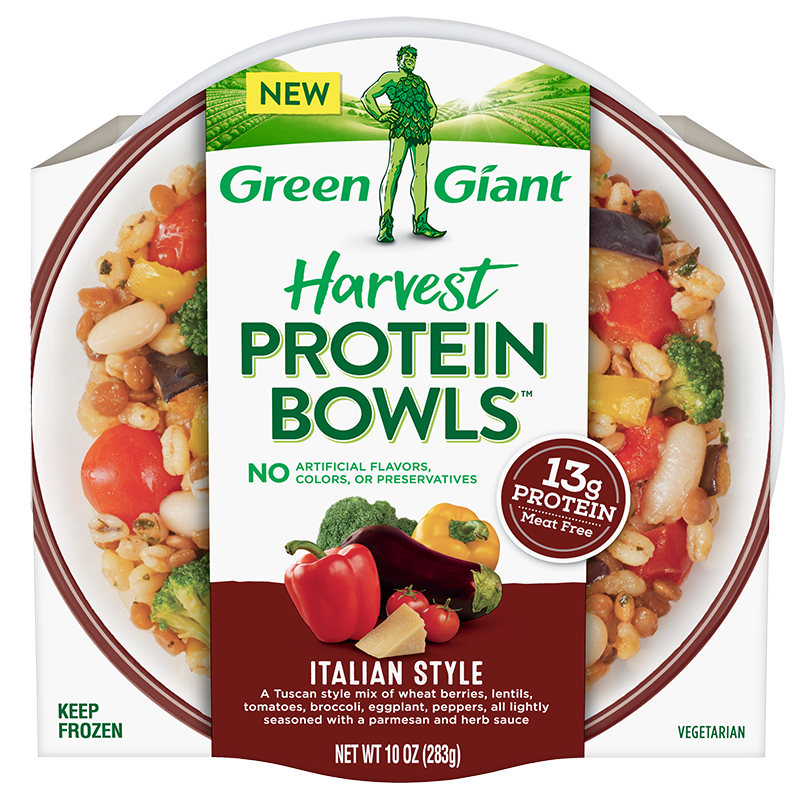 A bit over a month ago, in a review of yet another set of "Power Bowls" from Healthy Choice, I noted that the whole idea of "Power Bowls" is full of buzzwords. Recently I was at a locally-owned grocery store, Dorignac's, and as is my usual practice at a grocery store, I checked out their frozen food aisle to see if there was anything to review that I hadn't seen at other grocery stores in the area.

Imagine my surprise when I found today's items, from Green Giant - who I associate exclusively with frozen and canned vegetables. I remember Green Giant from my childhood - who doesn't remember "Ho ho ho... Green Giant!" (Don't answer that.) The company has been around since 1903: the original company, Le Sueur Canning Company, became the Green Giant Company in 1950, merged with the Pillsbury Company in 1979, and was acquired by General Mills in 2001. In 2015 the Green Giant brand was sold by General Mills to B&G Foods, which also owns Ortega, Cream of Wheat, Emeril's, Back to Nature, and Mrs. Dash, among other food brands.

With that information in hand it's no longer surprising that Green Giant would get into the frozen meal business. Of the four varieties on the shelf at Dorignac's ($3.59 each), I brought in the two lowest in sodium for review.

The panel began its review session with the Italian Style Bowl, which has 250 calories, 500 milligrams of sodium, and a truly impressive 10 grams of fiber. These are packaged in recyclable plastic bowls and are microwaved for 4-5 minutes each, then allowed to rest for one minute before peeling away the plastic film on top and stirring. 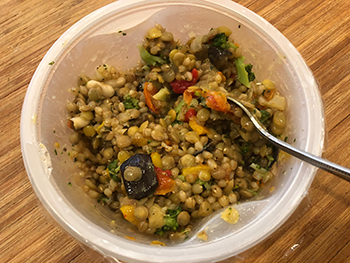 The Italian Bowl's base is a mix of wheat berries and lentils. The wheat berries have a nice, chewy texture and the lentils are earthy and savory. There's also roasted, diced eggplant that's sweet and nicely soft, bits of broccoli that are just a little overcooked, and red and yellow peppers for sharper sweetness.

We would have liked to see more vegetables overall: we estimated that there wasn't more than a couple of tablespoons of vegetables in the whole bowl. Further, the white beans were so few and far between that they seemed more symbolic than anything else - the front of the package does say "Tuscan-style," after all.

The whole is touched with a light parmesan, basil, and oregano sauce that's remarkably restrained: while you can taste the sauce, there's only enough of it to highlight the other flavors in the bowl. Overall, the panel found it "tasty!" and "good, clean food." We were impressed. 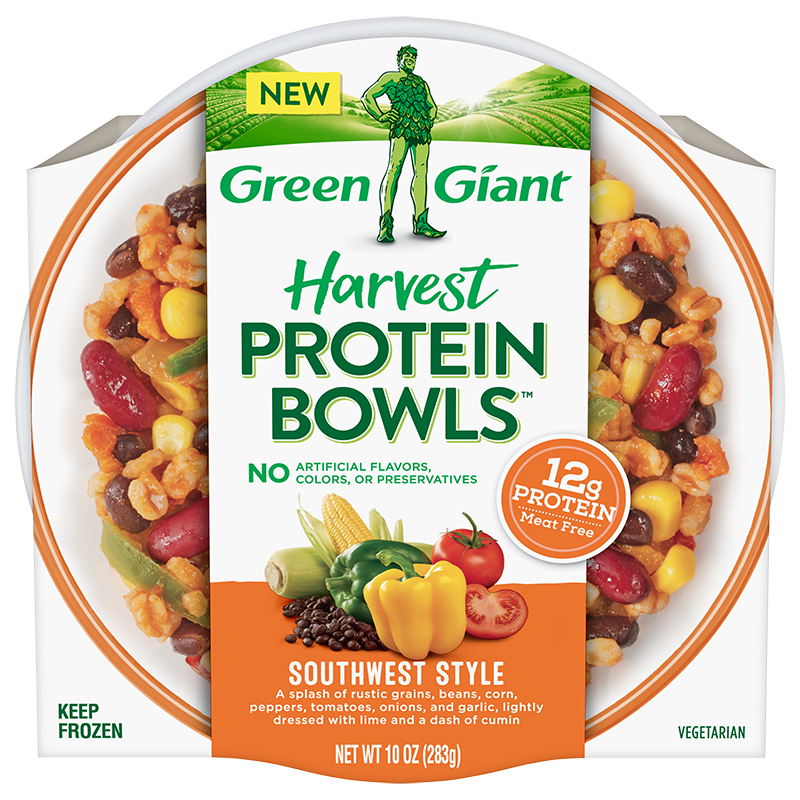 From our experience with the Healthy Choice Power Bowls we expected the Southwest Bowl (260 calories, 500mg sodium, 12g fiber) to have the same base of wheat berries and lentils, but instead the Southwest Bowl is based on spelt and black beans. ("Oh, I get it," said a panelist. "Whole grains and legumes.") 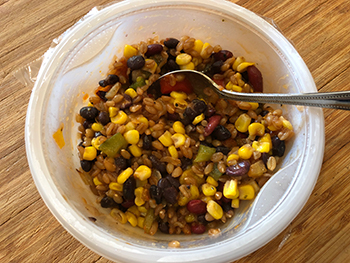 This it topped with a generous amount of sweet corn (and I mean a generous amount of corn); brightly-colored red, green, and even yellow bell peppers, a few diced onions and tomatoes, and some kidney beans that also seem, like the white beans in the Italian Bowl, to be a bit of an afterthought.

Like the Italian Bowl, this is sauced lightly enough that the cumin and lime in the sauce doesn't overpower the actual flavors of the ingredients, letting the sweetness of the corn and the earthiness of the black beans really shine through. Despite the Southwest name, this dish is not spicy, just flavorful.

The panel wanted it noted that they felt that both bowls would be "very satisfying" - "That's a lot of food for only 250 calories," they said, adding that the dishes are unusually "well-conceived and executed." Unlike many other frozen meals we've tested, bowls or not, these seem to be fairly well-planned to provide plenty of fiber and protein (13 and 12 grams of protein, respectively), with enough sauce to give them flavor without being overpowering. I'll be picking up the other two varieties for a future review.