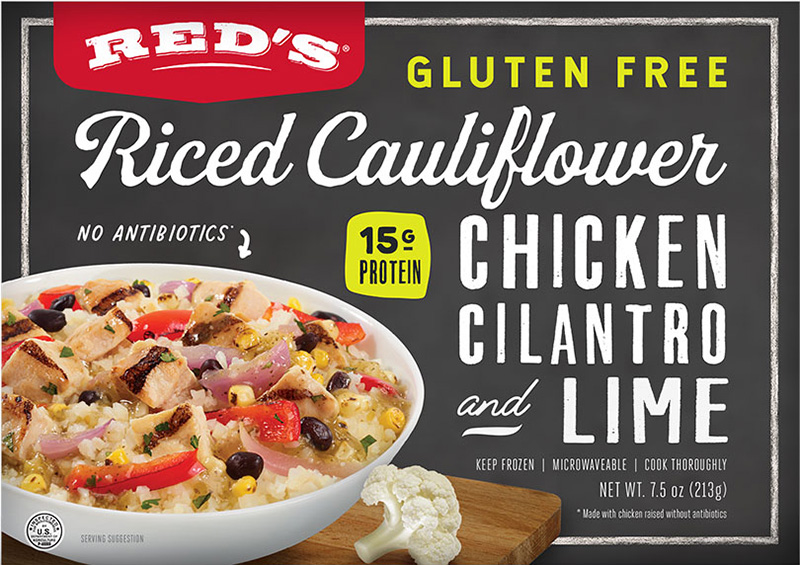 Red's All Natural started out as a burrito company and recently branched out into entrees. The only two entrees we're reviewed so far are the Chicken, Cilantro & Lime we reviewed back in 2018, which was pretty darn good, and their Riced Cauliflower White Meat Teriyaki Chicken (2019), which wasn't. 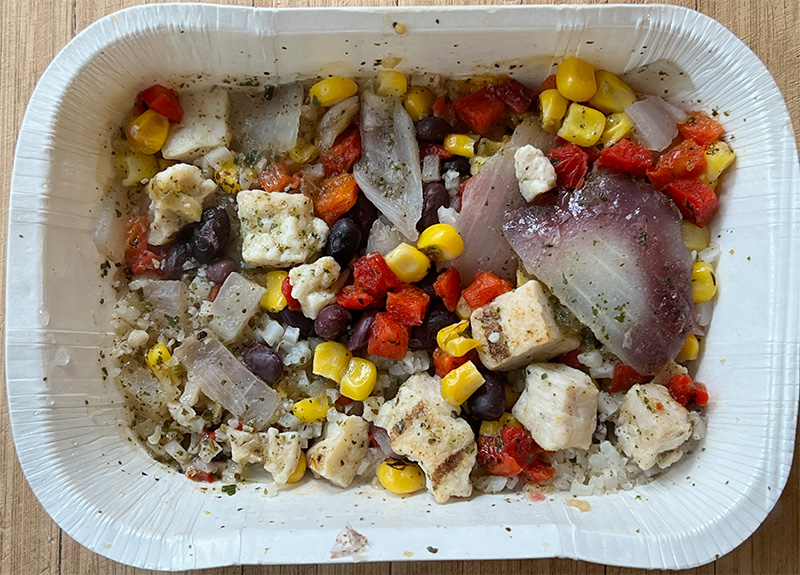 And yet it isn't.

Yes, the chicken is pretty tender and there's corn, red bell pepper, and red onion - all of which should make a pretty good burrito bowl.

Unfortunately this tastes like it was made in a college dorm room with two-week-old white rice by someone who forgot to buy a lime for the sauce and instead glugged in a bunch of white vinegar. The flavor of vinegar is just overwhelming and there's simply no excuse. This is positively offensive. 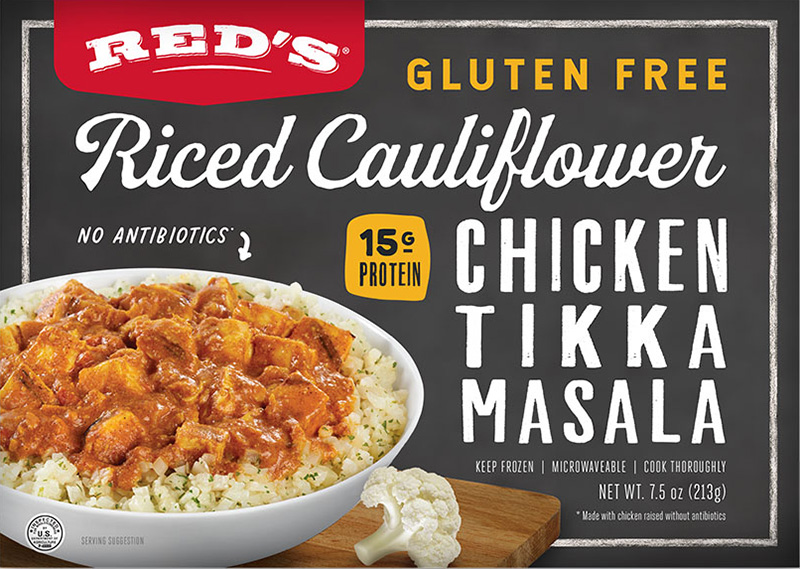 The Riced Cauliflower Chicken Tikka Masala is somewhat better in terms of flavor, and has 230 calories, 520mg sodium, and just 2g of fiber. 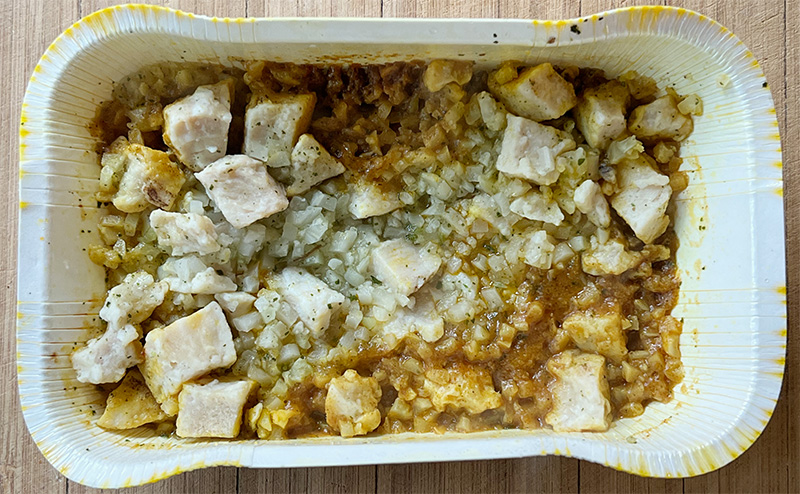 The panel decided that the same college student went to make tikka masala but only had generic curry powder on hand: that's what it tastes like. Yes, reasonably tender chicken. Yes, curry flavor. Basically nothing else on the plate.

And riced cauliflower that's dry, crunchy, and unpleasant to eat.

Why would anyone eat this when there are so many great Indian foods from Deep Kitchen or Saffron Road?