Wow. We last reviewed a meal from Michael Angelo's in 2019, with their "Gourmet Bowls" - Chicken Cavatappi and Meat Lasagna Bolognese. The most recent review prior to that was 2017, with most of their products reviewed between 2008 and 2011. (Yes, we've been doing frozen food reviews for a long time.)

Clearly it's time for a revisit.

As it happens, that 2017 review was of their Chicken Parmesan. Michael Angelo's has chosen to change the spelling of the dish - how much has it changed otherwise?

The package gives both conventional oven and microwave instructions; as always we used our microwave. (The package warns, "Microwaves work, too. But would Nonna approve?") 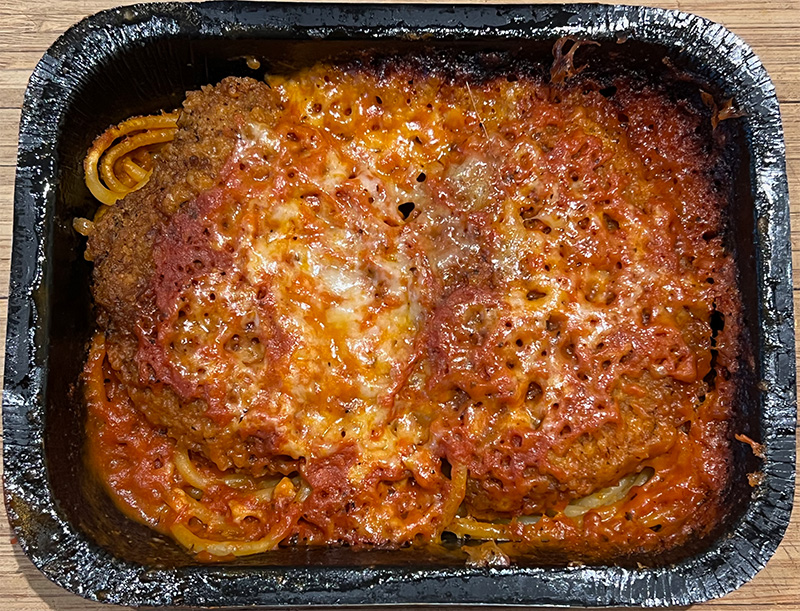 This is microwaved for a total of 7-8 minutes, then stands, uncovered, for 2 minutes.

Despite its slightly unappetizing appearance (microwaves can do that, after all), this is a fairly respectable chicken parmigiana. You might expect the chicken to be those overly-processed, made-from-leftover-bits compressed into patties, but they're not. This is real chicken that's been pounded to just under half an inch thick and then breaded, with a fair amount of chicken flavor.

The breading might be a little more substantial than I'd like, and unfortunately the microwaving means it's not crispy, but for frozen food this is certainly up there with any of our other chicken parmesan/parmigiana options.

The pasta is nicely al dente, and the sauce has a fresh, tomato-forward flavor, but it's not a bright, tangy sauce like a marinara. This is a thick, rich sauce with plenty of oregano and basil. Overall, a respectable meal.

Of the two, the Eggplant Parmigiana is a little better - but only a little. We last saw this in 2014 when it had 430 calories and 760 milligrams of sodium (we failed to record the fiber). It was good then, which is why we've waited so long to revisit it. 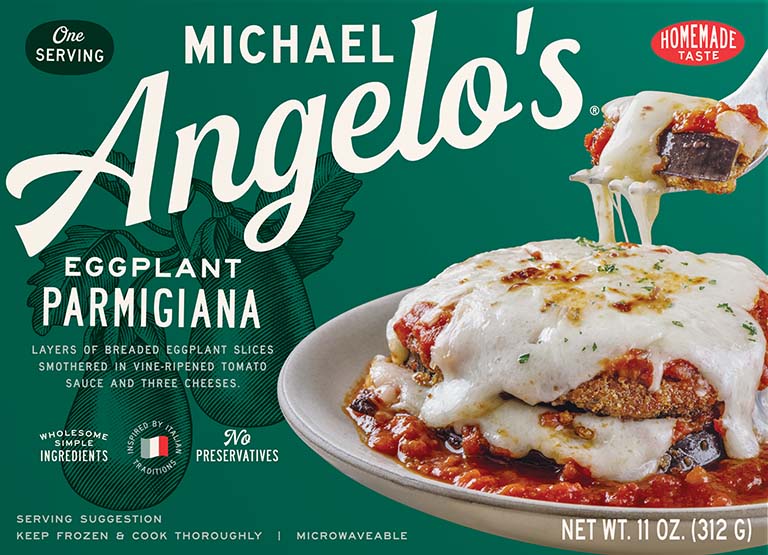 Now it's 420 calories, 740 milligrams of sodium, and a really impressive 7 grams of fiber. 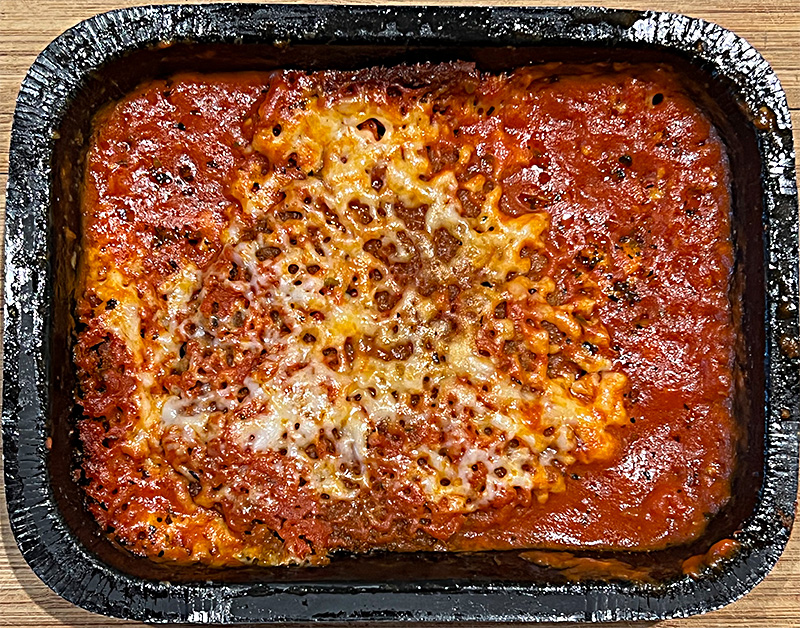 Once again the actuality doesn't look much like what's on the box, but who cares? This is good.

There are three extremely thinly sliced rounds of eggplant, individually breaded quite lightly, and layered with sauce and cheese. Nothing else - and you don't need anything else.

The breading is a little soft as well, but I sort of expect that from eggplant parmigiano - the eggplant does give up a bit of water while cooking and that's bound to have an effect on the breading. The eggplant is as soft as you'd expect, but the flavor isn't overwhelmed by the sauce or the breading.

The sauce isn't quite the same as that used in the Chicken Parm. It has the same thick, rich texture, but has more of a tart tomato flavor, which complements the slight bitterness of the eggplant.

As we said in 2014, serve this with a side salad at dinner and you're good to go. Both would be good options to keep in the refrigerator for emergencies.