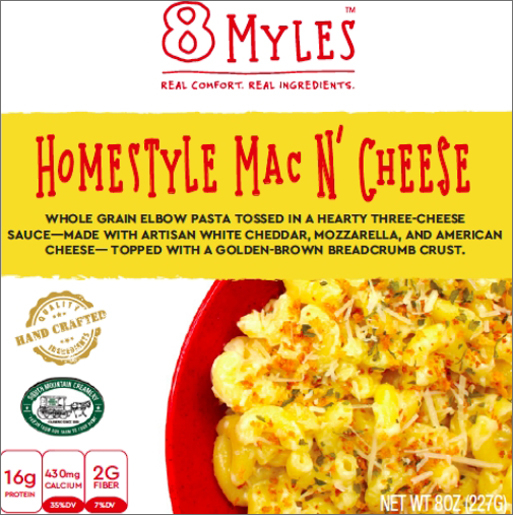 We discovered 8 Myles' mac and cheeses in May of last year. There were two varieties, Three Cheese Homestyle Mac and Buffalo Mac n' Cheese, and we were sad to say that they were disappointing. Smallish portions, lots of fat, greasy and gummy, and the buffalo sauce tasted more like mustard than what you'd usually expect from a buffalo sauce.

My wife and I agreed at the time that we don't like to give negative reviews to a small business like this one, but you, dear readers, expect us to be honest, so we were.

The Myles of this company is an actual person, who wrote to us shortly after the review came out. The products we had reviewed had been reformulated and we had picked up the products in the lag time between the older product being replaced with the newer product on store shelves. My wife looked for the newer products but wasn't able to determine whether she was finding the right ones.

Almost a year later, she noted the substantially different packaging and figured it was unlikely these were the older formulation. And she was right.

Let's start, once again, with the Homestyle Mac n' Cheese (once known as Three Cheese Homestyle Mac). This is much, much better. Last year this was a 7-ounce portion with 420 calories, 580 milligrams of sodium, and 1 gram of fiber.

Now it's 8 ounces, 310 calories, 400 milligrams of sodium, and 2 grams of fiber. That's an impressive improvement by the numbers alone. Note that the serving size and amount of fiber increased while the calories and sodium decreased. That speaks to some really thoughtful cooking. 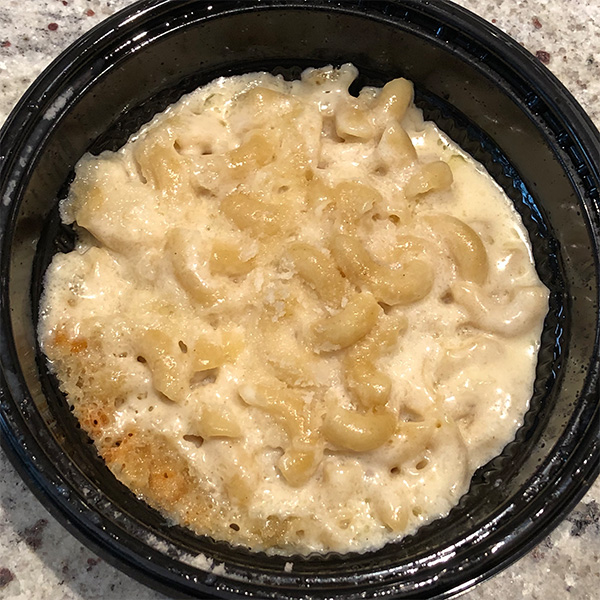 The first ingredient is still whole milk, but this is followed by whole grain pasta and then the cheddar, mozzarella, heavy cream, and American cheese.

This is the kind of mac and cheese that kids (and adults) love: slightly overcooked pasta in a thick, rich, creamy and cheesey sauce that's by no means greasy. The breadcrumbs are crunchy around the edges and it's got just the right amount of saltiness. It's interesting to note that there is no added salt in this dish: all of the sodium comes from the ingredients alone. The verdict from my wife? "Excellent comfort food. Far and away the best frozen mac and cheese we've had in a while."

A year ago my wife termed the Buffalo Mac "kind of gross", adding a strong mustardy flavor to the overly greasy mac and cheese. It had 340 calories, 370 milligrams of sodium, and 2 grams of fiber. 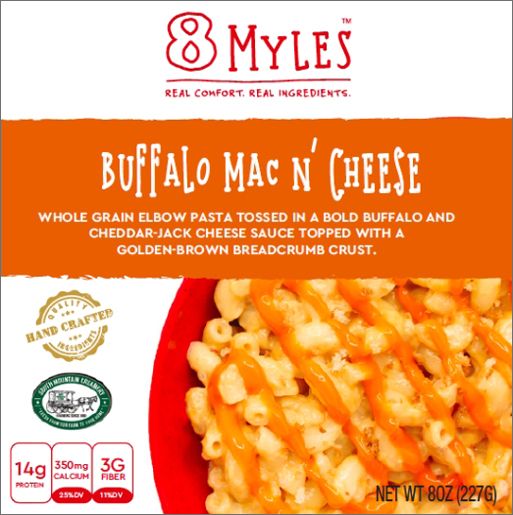 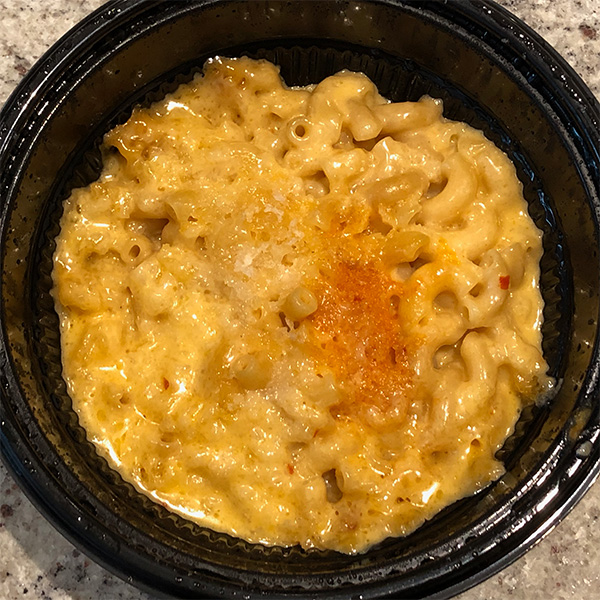 This is the same pasta (a little overcooked), and like the Homestyle this is no longer greasy or gloppy. Instead of cheddar, mozzarella, and American cheese, this blends Monterey Jack and cheddar into a creamy, cheesey sauce and adds the eponymous buffalo sauce.

This time, my wife reported, this doesn't taste like ill-advised mustard, but rather a lightly sweet sauce with clear notes of red pepper flakes and cayenne. There's just a touch of spice - enough to leave a slight burn in the back of the tongue.

"The sweetness is well offset by the spice now," my wife remarked. "Really good!"

Save these for rainy or snowy days like these, when it's cold and you want something gooey and comforting. Enjoy!