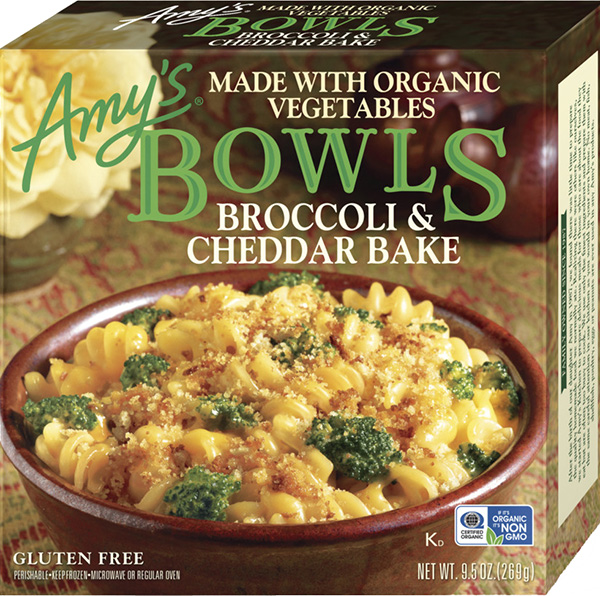 A chef friend of mine used to say that "it's easy to hide your [cooking] sins with fat and salt."

When it comes to frozen meals, this is becoming more and more true. Companies like evol and Sweet Earth Foods started their companies with thoughtfully made meals that were very restrained with respect to the amount of sodium in their dishes. We very rarely review them anymore because the sodium in their dishes just keeps climbing.

I see this in a lot of new lines: no more than 1 variety might meet our sodium guidelines. Devour, for example, offers 22 varieties and only 2 have fewer than 800mg of sodium (770 and 790mg).

Primal Kitchen is sold in Whole Foods Market, and of their 4 frozen single-serving entrees, just one has marginally acceptable numbers at 290 calories, 560mg of sodium, 5 grams of fiber, and 19 grams of fat - meaning 59% of calories are from fat.

Amy's Kitchen seems to be heading in the same direction, at least in our anecdotal experience. Today we have a dish that back in 2017 we found a bit salty at 420 calories and 640mg of sodium, and we would have given it a thumbs up if the gluten-free pasta weren't so gummy. 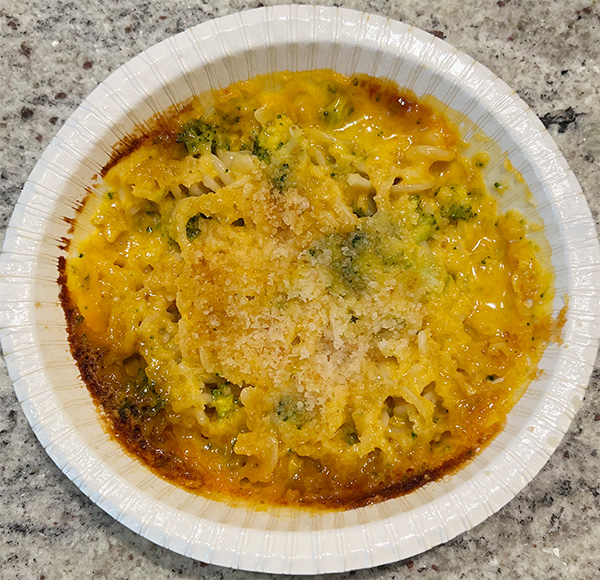 Now it seems that Amy's has doubled down on hiding one's sins with fat and salt, because the Broccoli & Cheddar Bake we tested for today's review has 460 calories, 740mg of sodium, 3 grams of fiber, and 21g of fat (with 11 grams of saturated fat).

The good news is that the pasta is much improved: it's a little over al dente, which some of our panel felt was "just right" for something that's basically mac and cheese. There's plenty of flavor from the broccoli (also just a smidge overcooked, as you'd expect), and a thick, creamy sauce with plenty of cheesy flavor.

The bad news is that the added sodium actually steps on the cheddar flavor, highlighting the saltiness but obscuring the cheese. If there were just an eighth of a teaspoon less salt in this dish - about 300mg - this would be excellent. Too bad.

With our next Bowl we figured that if were going to review something with 740 milligrams of sodium, we might as well do another one. 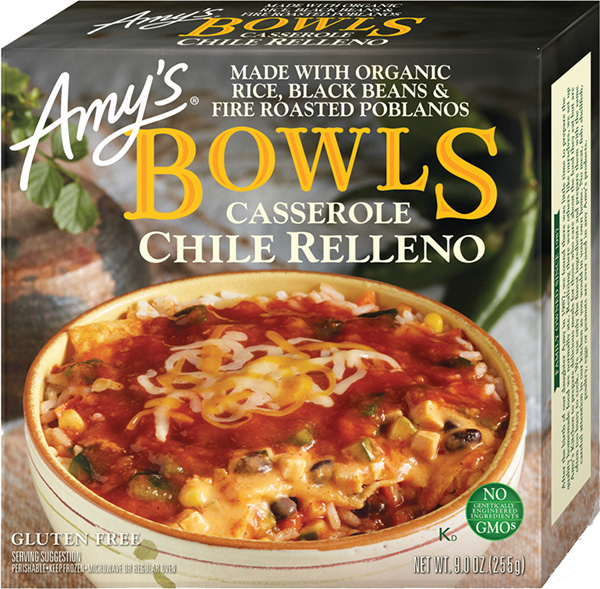 The Chile Relleno Casserole Bowl is gluten-free and has 400 calories, 740mg sodium, and a paltry 2 grams of fiber. Not to mention 20 grams of fat and 9 grams of saturated fat.

Not surprising, really, when the third ingredient, after water and rice, is "Monterey jack and white cheddar cheeses". 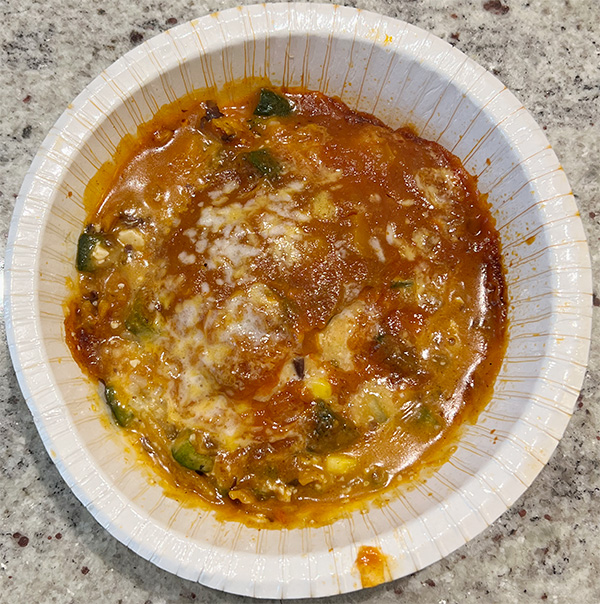 Does that look mushy to you? Because it is.

There's great poblano flavor from the diced, just barely textured poblanos, with black beans and corn and lots of cumin, green chilis and jalapenos to give it just a little kick. Where this dish is let down is the rice: it's white rice that's been overcooked to mushiness, and while that's great for anyone with teeth problems, practically speaking it's a bowl of mush. The tortilla chips (not plain tortillas) listed in the ingredients manifest only as a bit of masa corn flavor - there's so much goo in the dish that they've turned to mush as well.

Once again: great flavor overpowered by too much salt and let down by choosing white rice over brown rice, which would have given the dish much-needed texture and easily twice the fiber.

Too salty for us. Or you.