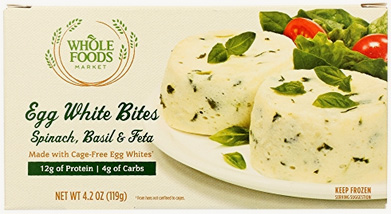 Just a couple of weeks ago we responded to a reader who wanted to know if there were good frozen alternatives to the sous vide egg bites she was buying for breakfast at Starbucks.

The good news is that our very first foray into such items went pretty well, as we found a mucher cheaper (and better for you) alternative from Veggies Made Great. 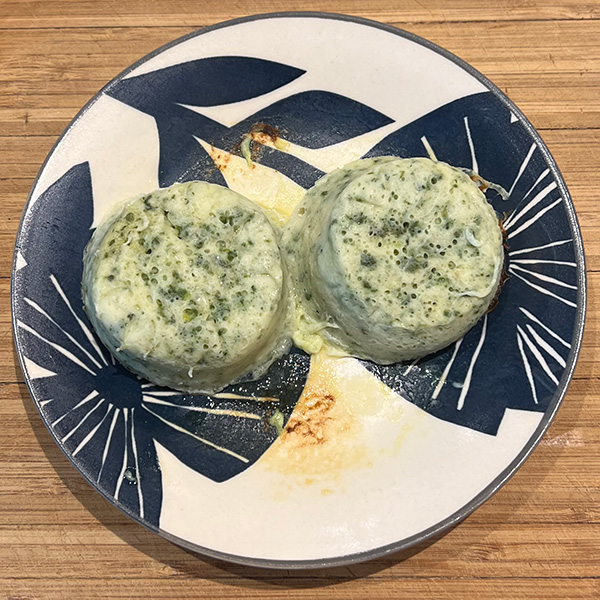 These are sold in packs of two, with one serving per package. Each egg bite is packed in an individual plastic cup, and to cook you remove the plastic cover to the individual cup, place the bites on a plate, cover with a paper towel, and microwave for 2 1/2 to 4 minutes. (There are no conventional or toaster oven instructions.)

Pop the bites out of their plastic cups onto the plate, and serve.

The two Egg White Bites have a total of 120 calories, with 390 milligrams of sodium, no fiber at all, and 6 grams of fat.

These already have a strike against them in that they are $2.99 per serving - compared to the $1.50 per serving of the Garden Lites Frittatas. The Garden Lites have 20 more calories and an additional 10mg of sodium, but they actually have 2 grams of fiber.

But the big difference is the flavor. For all the sodium, these just don't taste very salty, although there's an OK spinach flavor. "They're... bland, like airline food," observed one taster. Worse, while they were somewhat tender right out of the microwave, as they cooled they hardened into something closer to dry sink sponges. At this price point they'd have to be pretty darn good for us to recommend them, and they're just not.

The Egg Bites, which include uncured ham and gruyere cheese, are actually worse. 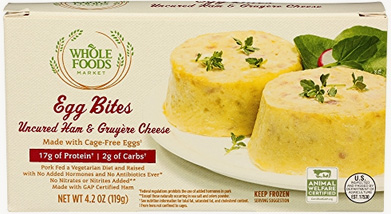 These have 250 calories per serving of two Egg Bites, 330 milligrams of sodium, no fiber, and a stunning 20 grams of fat (12 grams of saturated fat). 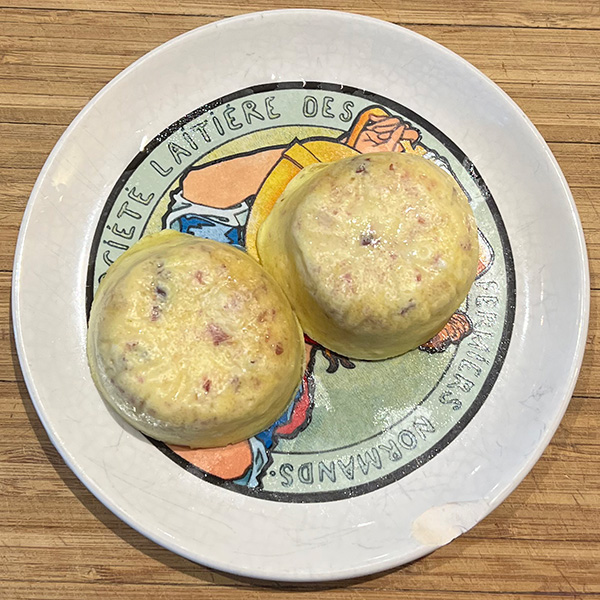 With all that fat, there ought to be some cheese flavor, but all we can taste - overwhelmingly - is SALT and SMOKED HAM. (Indeed, the kitchen smelled of ham - and not in a good way - for the rest of the day.)

Continuing with the airline food theme, these were dubbed "an airline omelet if Southwest served food," and can best be described as having the texture of thick, wet cardboard.

If you're going to spend up to four minutes cooking something in the morning, you're better off scrambling an egg and putting it on a piece of toast. If you're feeling daring, chop up some green onions or spinach over the weekend and keep them in a ziplock bag in the refrigerator. Throw a little in with the scrambled eggs and add some pre-shredded cheese, and you'll have something much cheaper that won't make you think you're flying coach.