"Once you get a spice in your home, you have it forever. Women never throw out spices. The Egyptians were buried with their spices. I know which one I'm taking with me when I go."
-Erma Bombeck, Iconic American housewife

You can make this as spicy as you like. The single jalapeno without other added spice is probably enough for most people. The soup is great topped with a dollop of sour cream or Greek yogurt and a little smoked paprika.

This recipe can easily be multiplied. This recipe keeps well for about 48 to 72 hours in the refrigerator. 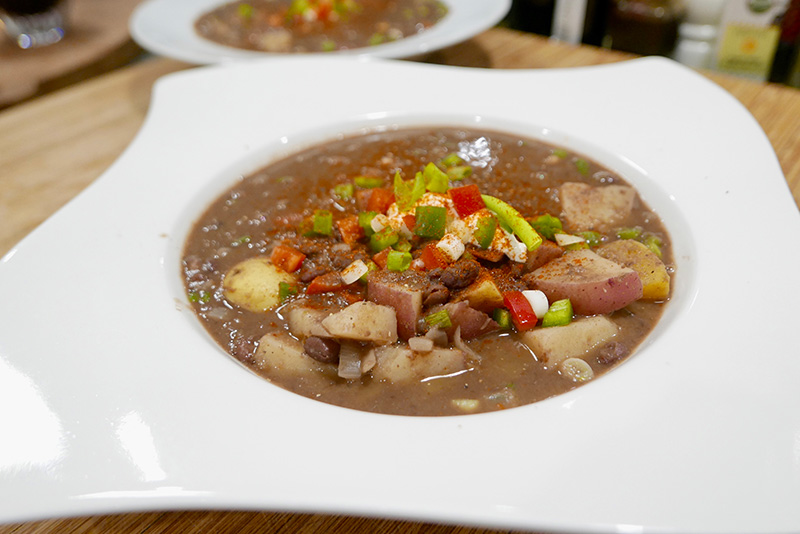 Place the olive oil in a large sauce pan over medium high heat.

Add the onion and cook for about 5 minutes. Stir frequently.

Add half of the red and green peppers and cook for about three minutes.

Remove the pan from the heat and place the jalapeno and half of the cooked vegetables in a blender with one can of the black beans (including the liquid from the can).

Return the pureed bean and vegetable mixture to the pan with the onions and peppers. Add the other can of black beans (again, not drained).

Stir and place the pan over medium low heat.

Add the potatoes, stir, and simmer for 30 minutes. Stir occasionally.

Add the remaining uncooked diced peppers and the green onion.

Cook for 5 minutes and serve.