"We kids feared many things in those days - werewolves, dentists, North Koreans, Sunday School - but they all paled in comparison with Brussels sprouts." -Dave Barry, American humorist

Mr. Barry may be right about the Brussels Sprouts that he had as a kid, but these are amazing. This recipe is a variation of the Lemon Butter Brussels Sprouts. The idea for shredding them is not mine but a friend - Chef Michael Omo, from the MGM Grand Hotel in Las Vegas. He served these to me at a lovely dinner in his home. At first I thought they were leeks, the flavor was so luscious and sweet. If you're like Dave Barry, try your Brussels sprouts a la Chef Omo.

This recipe can easily be multiplied. I like the leftovers chilled on sandwiches, but they're not so good by themselves. 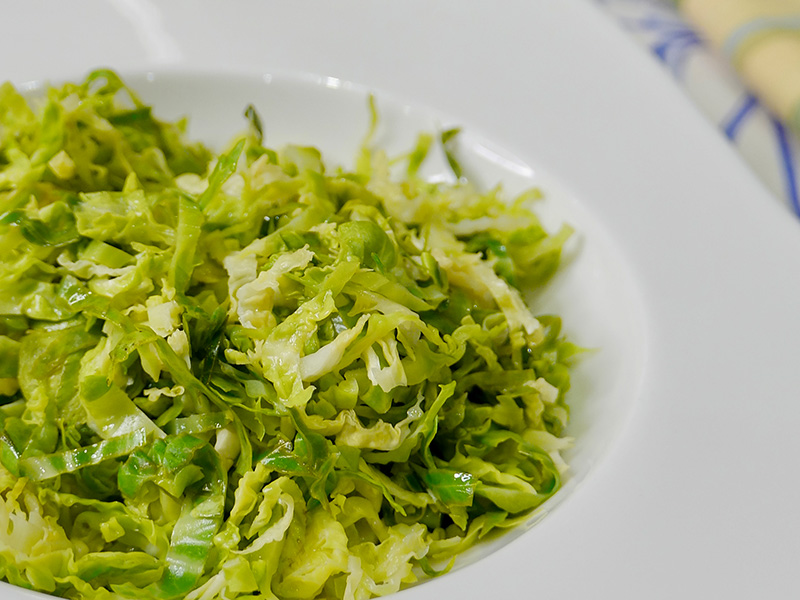 Purchase Brussels sprouts on the large side (about 2 inches wide).

Lay the Brussels sprout on its side. Slice across the sprout beginning at the top and working toward the stem. The slices should be about 2 – 3 mm thick. After all of the sprouts are sliced, pick through them and remove the center of the sections that are the solid, tough stem. While doing this break the slices up into shredded segments.

Place the shredded sprouts in a steamer basket in a medium stock-pot with about an inch of water in the bottom of the pot.

Steam over high heat until slightly tender (about 7 - 10 minutes)

While steaming, place the maple syrup, salt and butter in a medium mixing bowl.

Add the cooked Brussels sprouts to the bowl and toss until the sauce is melted and well blended.

Serving size: about a half a cup