"If the British Isles had an official vegetable, it would have to be the potato." -Yotam Ottolenghi

When I travel for conferences there will often be a breakfast spread. The quality is often dubious but recently one of the buffets had very nice roasted potatoes. The twist was red and purple potatoes along with yams and Yukon Gold. For once, they were not too greasy. This is a version of that but with a pinch of cayenne thrown in for a bit of zing.

If chives are out of season, you can use a couple of thinly sliced green onions instead.

This recipe can easily be multiplied but it will require a large pan. Makes great leftovers hot or cold. 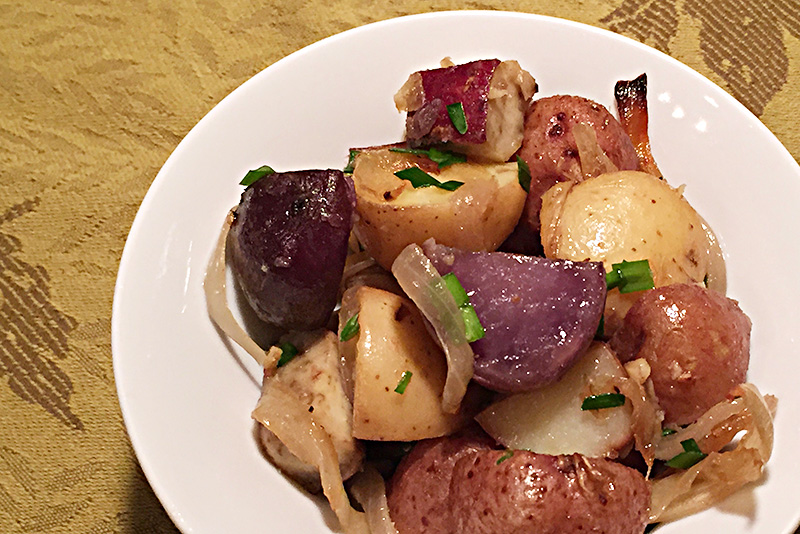 When the oven is hot add the olive oil and swirl until the pan is coated.

Add the potatoes and yams along with the onion, salt, pepper and cayenne.

Remove and add the chives. Toss well and serve.