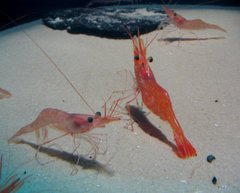 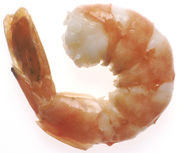 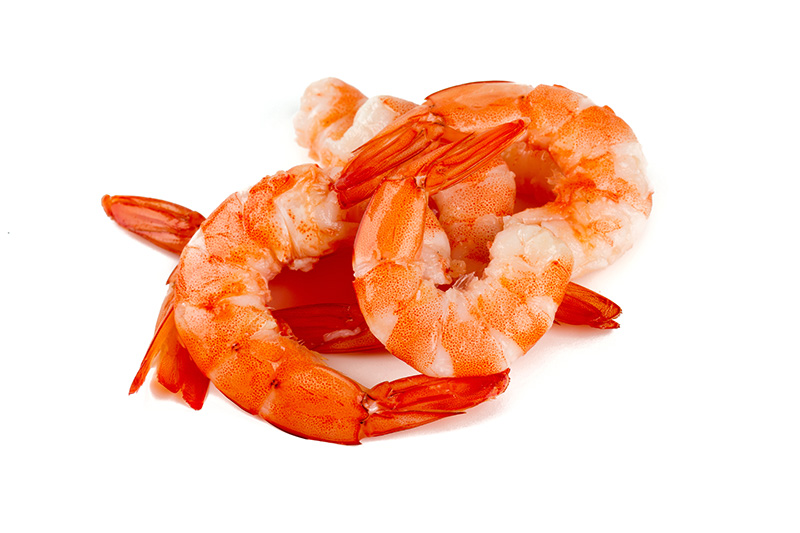 There are two main types of shrimp –cold water shrimp and warm water shrimp. For the most part domestic shrimp available in U.S. markets is of the warm water variety and is caught in the Gulf of Mexico (think Bubba Gump Shrimp Company here). Thailand and South America, however, have become a major exporters of shrimp to the world.

There are three main species of shrimp – white, pink and brown.

Brown shrimp have a stronger flavor because of a high iodine content. I have actually purchased brown shrimp that I couldn’t eat because of the strong iodine flavor (this is rare).

White shrimp have shells that are a gray green color. White shrimp are more delicate in flavor and, as such, generally cost more but are your best choice. The Mexican white shrimps are very good but most white shrimp in the market are farm raised in China.

Pink shrimp range in color from pink to a light yellow. The most common shrimp in markets today is known as the Black Tiger shrimp. These guys are mostly farmed in Asia and are not of very consistent quality.

I used to vacation a lot along the coast of South Carolina and would go to the docks for fresh shrimp. The flavor is incomparable. Practically speaking, it’s hard to buy fresh shrimp today because it’s not widely available and most of the shrimp sold is processed and frozen quickly after catching. Because shrimp is so delicate, only the most careful handling will result in truly fresh product. Occasionally your local fish market may have fresh shrimp but try to use it the day you buy it. You are better off to buy good quality frozen shrimp and thaw it yourself. I never buy shrimp that has been peeled and de-veined.

How to peel and devein shrimp

If it is handled well, shrimp that has been frozen and thawed is usually of very good quality. Look for firm shrimp with little softening of the shells. If the tail pulls away easily it is not fresh. Quality shrimp, whether it is fresh or has been frozen, will have a fresh clean odor. It should have the light salty smell of the ocean. Shrimp with dark spots (called melanosis) is, however, an indication that they are not as fresh.

Colossal shrimp (less than 10 shrimp per lb.) are often referred to as Prawns in this country, although prawns are actually a different species.

How to make your own shrimp stock

Shrimp are Fine!
At least once a week I'll be talking with a patient about their high cholesterol and it seems like every third person will say, "But Doc, I don't eat any shrimp!" Almost every time they're shocked when I say tell them that shrimp is OK. The best part is that this gets their attention and I love talking about the things you can eat.

Eat fish now. Eat fish later:
We know that fish high in omega-3 and omega-6 fatty acids are good for you, but recent studies have not consistently shown that eating these fish will help reduce the risk of specific cancers.

Fish Really IS Brain Food!
I’m sure you’ve heard the old saw, too: “Fish is brain food!” While research has shown that eating fish and omega-3 fatty acids have been associated with lower risk of Alzheimer disease and stroke, a study in the Archives of Neurology this month (Arch Neurol. 2005;62:1-5) seems to show that eating fish helps reduce the cognitive decline associated with aging.