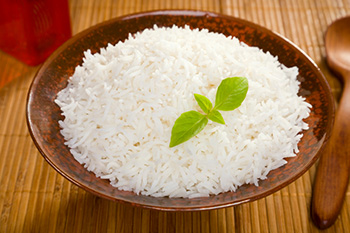 The glycemic index (GI) of a particular food, whether it is a raw ingredient, such as an apple, or prepared food, such as apple pie, is defined as the rate at which the food raises serum blood sugar levels in the 2 hour period after consumption, based on a scale of 1-100.

The calculation is based on the area under the two-hour blood glucose response curve after a participant has consumed a portion of the food containing 50 grams of carbohydrate. Testing is performed after a 12-hour fast. The area under the curve (AUC) of the food being tested is divided by the AUC of 50 grams of glucose multiplied by 100. A standardized glycemic index value is the average of data collected in 10 subjects. By comparing test foods against the same amount of carbohydrates in glucose, the result gives a relative ranking for each tested food.1

Advocates of glycemic index argue that patients with diabetes or who are trying to lose weight will be more successful by utilizing this scale for food and meal choices, as lower glycemic meals result in greater weight loss and satiety levels. Others question its validity because it does not completely account for the nutritional content of foods and may promote obesity. Some scales place bananas and Snickers bars around the same level, while watermelon has a higher score than a Milky Way bar. Another issue is that different sources give foods varying ratings on the scale; white rice, for example, can range from a score of 38 to 94 depending on the scale, and the ripening or cooking process may change a particular food's glycemic index by as much as 30%.

A major limitation is that glycemic index does not account for insulin release due to the rise in blood sugar. Foods that may have the same glycemic index don't necessarily result in the same level of insulin response. The rise in blood sugar after consumption of a particular ingredient is dependent upon a number of factors — the type of carbohydrate (starch vs glucose, for example), protein content of the food, the amount of soluble vs. insoluble fiber and even adding vinegar can impact the GI.2

The glycemic load was developed to counter the issues with the glycemic index; multiply the GI of a food times its grams of carbohydrate (10 or under is considered a good choice). While this is a better system, it still does not take into account that individuals have different responses to high or low glycemic foods and that other factors, including various vitamins and minerals, can affect glucose metabolism.

The Effect of Free Feeding on Glycemic Index of Meals

A small study performed in Finland compared the theory of the Glycemic Index with a realistic diet. The researchers recruited 11 healthy adult men and women of normal weight who also had a normal glucose tolerance test. Once a week, for six weeks, and in a random order, participants were given six different meals that included mashed potatoes. After they ate the meal, their blood glucose was measured every fifteen minutes for the first hour, then at 90 and 120 minutes after the meal.3

The six meals studied were:

All the meals contained about the same number of carbohydrates (the meals with salad had 4 more carbohydrates than the others).  As a reference, each person consumed a standard glucose solution on two occasions during these six weeks so the researchers could determine the GI for each meal in comparison to the individual's response to the glucose solution. Standard reference tables give a range of GI values for mashed potatoes, between 71 and 102 (and even up to 106). The meal containing mashed potato with the rapeseed oil (whose GI is about 0) yielded a lower GI value by 37 points. The meal that most resembled an actual meal (#5) also had a lower GI than the mashed potato alone.

One small study looked at subjects' feelings of satiety as well as their feelings of hunger after standardized high-GI and low-GI meals.4 The fourteen subjects for this study were overweight and obese women between the ages of 25 and 60 who did not smoke and were otherwise healthy.

The challenge is that subjects ate the same number of calories over the course of their standardized meals plus their glucose beverages - the only difference is that those calories were consumed all at once or spaced out over time. This might support the idea that slower consumption of meals and not the glycemic index is the controlling factor in satiety.

In a long-term study comparing a high-GI diet with a low-GI diet in diabetics there were mixed results.  Their study endpoint was to document improvement in Hemoglobin A1C and as a secondary goal, they also looked at whether that diet helped improve participants' lipid levels.5 Participants were assigned to one of two diets:

The goal of the two diets was to maintain a similar overall amount of fiber intake while reducing the glycemic index in the Low GI Diet by 10 to 20%. After six months both groups reduced their Hemoglobin A1C: 0.5% for the Low GI Diet versus 0.18% for the High Cereal Fiber Diet. The Low GI Diet participants also improved their cholesterol scores more than those on the High Cereal Fiber Diet. While the results are statistically significant, there was minimal improvement in both biomarkers.

In an observational study looking at dietary GI and GL and the risk of type 2 diabetes, over 25,000 males completed a demographic and anthropometric questionnaire.6 They also responded to a detailed diet history questionnaire asking how often and how much they ate of 276 foods over the previous year. Using those questionnaires, the researchers were able to calculate each participant's nutrient intakes as well as GI and GL. They also calculated the intake of carbohydrates as a percentage of their overall caloric intake, then that percentage was broken out for low-, medium- and high-GI foods. The researchers grouped the men into five levels of increasing dietary GI and five levels of increasing dietary GL.

A study comparing four different diets and weight loss include two diets higher in total carbohydrate and two higher in total protein. Each diet was further divided into plans that contained a greater amount of either low or high GI foods.7

Those eating the different GI diets had surprising effects with respect to weight loss. 56% of those eating a high carbohydrate / low-GI diet lost more than 5% of their body weight. At the same time, 66% of the high protein / high-GI dieters also lost more than 5% of weight. Even though the high protein / high-GI group lost weight at a higher rate, the high carb / low-GI group had a better outcome with respect to their risk factors for heart disease - with a greater loss of fat mass and reduction of their LDL cholesterol in spite of achieving lower weight loss than any of the other diets (although this was not statistically significant).

There are a few factors in the results that might have an impact on the validity of the research. The group of high carbohydrate / low-GI dieters may have had better reduction in their cardiac risk factors, but they also ate a lot more fiber. Those dieters also ate less fat than prescribed. Another drawback is that this is a small study lasting only 12 weeks. Dietary studies such as this are very difficult to do and the researchers and participants are to be commended. Unfortunately, the results often end up needing more questions to be answered.

The most important finding was that all four diets resulted in weight loss. All the groups lost about the same percentage of pounds: right around 5% of total body weight.

On the other hand, a high-GL diet may help maintain weight loss.

A study looked at 42 clinically overweight but otherwise healthy men and women between the ages of 20 and 42.8 Participants received twice-weekly counseling sessions intended to lead to greater feelings of self-efficacy around weight loss. At the same time, they were randomly assigned to a high-Glycemic-Load diet or a low-Glycemic-Load diet. For the first six months of the study, all food was provided to the participants, then for the second six months of the study, the participants chose, shopped for, and cooked their own meals according to training they'd been given about their high-GL or low-GL diet and the number of calories they were assigned to eat.

Both groups lost about the same amount of weight, and the GL level of their diets did not appear to affect the participants' levels of self-efficacy. The researchers note that those on a low-GL diet regained some weight during the second six months of the study, while those on a high-GL diet maintained their initial weight loss. Despite their improved feelings of self-efficacy, those on a high-GL diet maintained their weight loss while their colleagues in the low-GL group regained weight. That suggests that a high-GL diet is more sustainable: they found it easier to maintain a high-Glycemic-Load diet on their own.

Most research on glycemic index has flaws. Many have a small sample size and are either isolated to males or females. There has been variability in reproducing data between studies. In a very large trial of 800 subjects, researchers found a wide variability in glucose response to identical meals between subjects.9 Glycemic index remains a useful guide, but is not necessarily a good clinical tool.