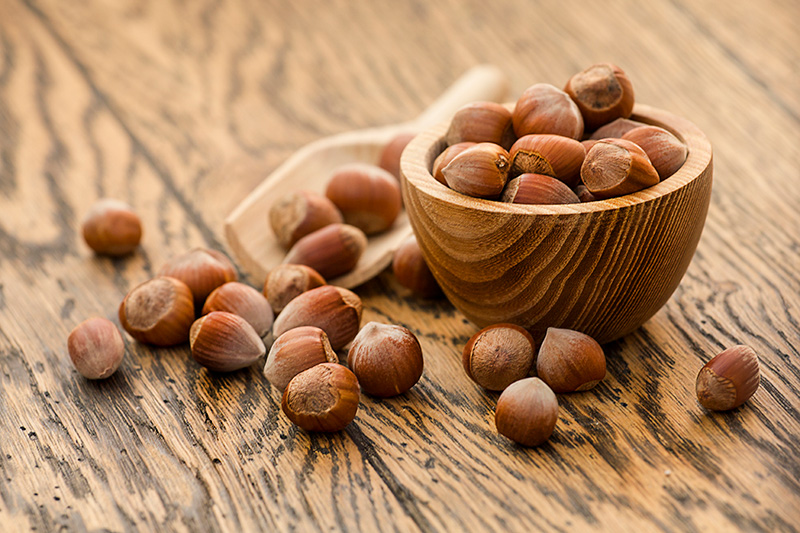 Roughly 15 million people in the U.S. have food allergies - 9 million adults and 6 million children - and the prevalence of food allergies has increased 18% between 1997-2007. The incidence of such reactions is even higher in children, with the estimated cost of children's food allergies at approximately $25 billion per year.1

The Food Allergen and Consumer Protection Act of 2004 (FALCPA) identifies the eight most common food allergens, which are responsible for 90% of food allergies. These are referred to as the "Big Eight," and they include peanuts, tree nuts (e.g., walnuts, almonds, cashews, pistachios, pecans, etc.), fish, shellfish, soybeans, milk, eggs, and wheat. FALCPA requires that the labels of foods containing one or more of these "Big Eight" be declared in plain language, either within the food's ingredient listing (for example, "albumin (egg)") or by specifying: the word "Contains" followed by the name of the allergen (for example, "Contains: wheat, egg"). Some of these allergens may be easier to avoid, while others are found in a wide range of foods, as either a major or minor ingredient. Food factories and processing plants often process more than one of these eight, increasing the chances of cross-contamination. FALCPA's labeling requirements do not apply to cross-contamination situations; therefore, this possibility poses a risk to patients with food allergies when eating processed foods. Patients can avoid the risks of cross contamination by preparing foods from their rawest ingredients at home, but this can, of course, be challenging as well. 2

An allergy is an immune response that can cause an immediate (usually within 15 minutes), life-threatening reaction that is also known as type 1 hypersensitivity. Following the initial, acute allergic reaction, a late phase response may occur 4-6 hours later, which may last as long as a few weeks.

On the other hand, intolerance may build up gradually and doesn't involve an immediate reaction. While people usually call any reaction to a food an "allergy," most are not true immune responses, but intolerances with a wide variety of causes. People with intolerances may be able to eat small amounts of the un-tolerated food(s).

Sometimes a patient will report that they have an allergy to seemingly unrelated foods: they might be allergic to an additive. The eight most common food additive allergens are artificial colorings, preservatives, sweeteners, flavor enhancers, sulfites, red and yellow food dye, nitrites, and emulsifiers. It can be hard to diagnose an allergy to an additive because skin prick testing is only useful for identifying natural additives, not synthetic additives. There are no specific tests for food additive intolerances.

Is it really a food allergy?

People with Atopic Dermatitis have skin that becomes red, scaly or flaky, and itchy in response to irritants, which can include foods as well as environmental factors such as certain fabrics or even cigarette smoke. About 80% of those people who develop Atopic Dermatitis show their first symptoms before they turn five, which makes managing the condition a real concern for parents. It appears that food allergies can contribute to Atopic Dermatitis, although we know that food allergies are not the cause of the condition. A food allergy can be diagnosed by scratch testing: the extract of a possible allergen are applied to the skin, which is then pricked or scratched to introduce the allergen into the body.

The challenge is that scratch tests and blood tests are considered to be conclusive evidence of an allergy only for cow's milk, hen's eggs, fish, peanuts, and tree nuts. The most conclusive test for all other food allergies is quite simple: can the food be eaten without triggering an immediate, clinical reaction? Researchers from the pediatric departments of the National Jewish Health center in Denver along with the University of Colorado became concerned after noting that more and more children were being diagnosed with food allergies.4 With the best of intentions, parents were following their doctors' instructions and removing foods from their children's diets, in some cases leading to malnutrition and poor weight gain in the children. What if the diagnosis of a food allergy was wrong and the children could eat those foods?

The researchers reviewed the charts of 125 children who had been avoiding a particular food due to an allergy that had been diagnosed through a blood test but then underwent an Oral Food Challenge (actually ate the food under controlled conditions). All of the children had Atopic Dermatitis and 96% of them had active symptoms at the time of the test - many of them considered severe. The children had been diagnosed with allergies to many common foods, from milk to vegetables to soy. After the Oral Food Challenge, at least 77% (and up to 100%) of the children were found to not be allergic to the food being tested.

2. U.S. Food and Drug Administration. Food Allergies: What You Need to Know..