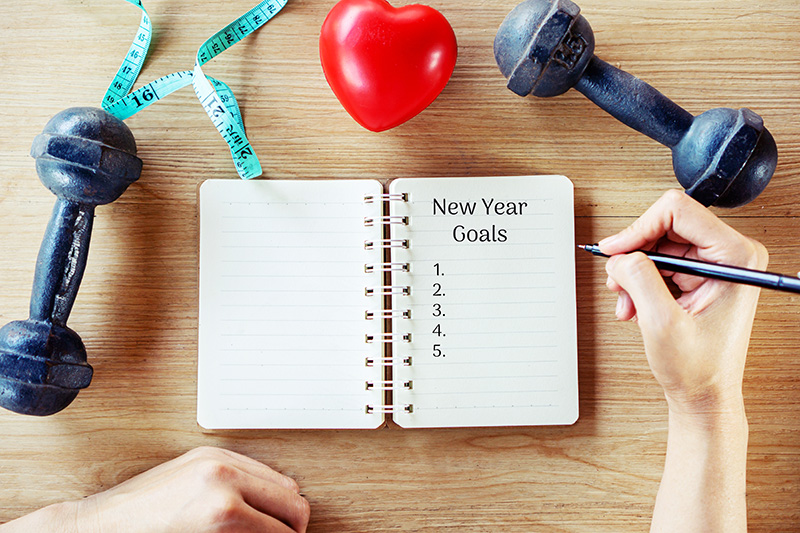 It's that time of year again: New Year's Resolutions. I don't love them and I don't hate them. I simply don't believe that they matter all that much.

At this time of year there are stories everywhere about making resolutions, along with surveys of the top ten and even what resolutions most of us are will probably not keep. Interestingly, weight loss tops both lists in various (usually unscientific) surveys. There is some research about this, but none of it is conclusive, and in general it just says that we usually break our resolutions.

I see thousands of patients and every day throughout the year someone makes a resolution. These are no different than the intentions that they commit to on New Year's Day and are broken just as often. Here's what I think are the reasons people don't keep these resolutions.

First is that people don't plan. I see this time and again, but there is good support in the literature that when we plan we are far more likely to be successful. Vague goals are the basis of most resolutions - not just the most popular one of losing weight. In fact, the USA.gov1 site has a list of popular New Year's resolutions (they don't say how they collected these) and they are all goal oriented: none of them is plan oriented. I know what it means to "get fit" or "manage debt," but these are very nebulous targets.

Which leads us to the reason that folks fail (Time Magazine actually has a top ten list of most broken New Year's resolutions2). We fail because of a failure to plan. It is easy to say "I am going to manage debt" but that says nothing about how I am going to get to that goal. It might be better for us to think of them as New Year's Goals and not New Year's Resolutions. The problem is that goals are simply not enough. To reach a goal you need a program with action steps.

It takes a road map to achieve a goal and losing weight is no different. Say that you resolve to build a new house this year. That goal requires a group of steps - borrowing the money, hiring an architect, getting plans drawn, asking the city for permits, hiring a contractor, getting the property inspected. These don't always happen in series, one after the other. Some start early and then stop while others begin and end later in the process. There will be multiple pieces of the plan happing concurrently. To get healthy the same sort of planning is needed to achieve your goal.

To lose weight you have to make a fair number of changes. The claims on all the commercials at this time of year say that losing weight is simple and you just have to take a pill or join the gym or purchase a piece of equipment or follow a diet plan. In fact, you have to take more than a single step. Truthfully, any of these can help you lose weight, but each of them is an action step and not a goal.

Instead of saying "I am going to lose weight," decide to eat breakfast every day. That's it. Take one action step now that you know will make you healthier. Take your lunch every day (that'll help with managing debt, too), or walk five times a week, or stop drinking soda, or eat fruit three times a day. These are action steps.

Lay out twelve New Year's Actions and add one each month. No single one is going to be the trigger for all the weight you might have to lose or getting control of your debt, but for most of us change is a gradual phenomenon and by taking on a new healthy action step every month this year you might not have to make any resolution about your health on New Year's Day.