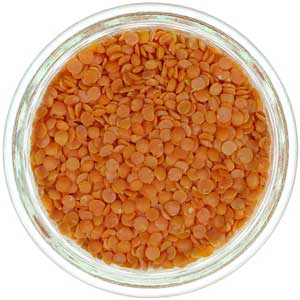 I love lentils. They're so delicious and so good for you. There's zillions of ways to use them -- in soups, salads, by themselves, with rice in pilaf...

Lentils are legumes, a podded vegetable, like peas, garbanzos and peanuts. They are mostly carbohydrate and protein with not very much fat. They have tons of fiber with a half cup of cooked lentils coming in at around 8 grams. They have been documented in recipes for millennia with references found in the Bible and even found in Egyptian tombs.

Eastern Washington and northern Idaho grow nearly a third of the lentils in the U.S. (who knew?). They even have a lentil festival every year and this is one that I really want to go to. Here's the link: it looks like a lot of fun, especially the Tour de Lentil bike race.

Like other legumes you can serve them whole but they are also great pureed into in soups and sauces. Because of their size lentils don't have to be soaked overnight like other legumes. I do rinse them well because they can be full of dust and dirt. Boil very gently testing often for doneness.

There are three main types.

The most common is the brown lentil sometimes labeled Indian Brown Lentil or German lentil. I have seen these repeatedly mislabeled as green lentils but strictly speaking they are not. These are light brown in color and are easily found on your grocery store shelves. They cook quickly and will be mushy if you cook them too long. This does make them perfect for soups, however, because they will give the soup a rich thickness.

The small dark green lentil is also known as the French lentil. You might find them labeled as Puy lentils or by the French term "lentilles vertes du Puy." It has a thin shell and a stronger pea-like flavor. These are slightly tough and take longer to cook. I love to use these in salads and side dishes such as pilafs because they hold up well and have a nice texture.

Red (pink) and yellow lentils have had the hull removed and are split much like split peas. As a result they will cook more quickly than brown or French lentils.

These are slightly smaller and not as plump as green lentils. They have a milder flavor. In India yellow lentils are known as moong dal and red lentils known as masoor dal. You might see the pink lentils labeled Egyptian lentils.