Tea or Coffee?
One of the most-repeated pieces of health advice we give is about what to drink: water, tea, or coffee as opposed to fruit juices, sodas, or "energy drinks".

Coffee, Italian-style
In today's latest edition of Yes, Coffee is Good for You, we have the results from an analysis of the coffee intake habits of Italians, who are known (stereotypically, that is) as one of the world's foremost coffee drinking populations.

Details on coffee and heart disease 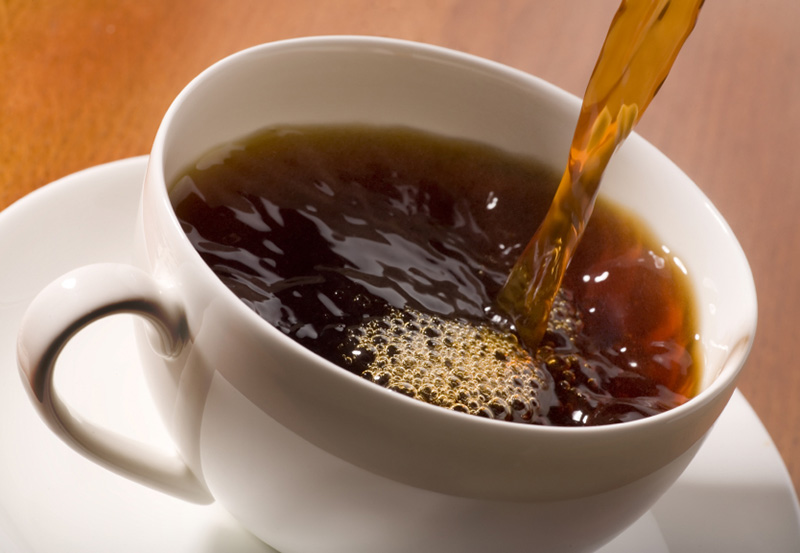 Over the years we've written easily a dozen Health & Nutrition Bites about coffee - and that's barely touching the surface of the amount of research that's been done on what has been called the single largest source of antioxidants in the Western diet.

Recently a team of European researchers analyzed data gathered for the UK Biobank Study to assess any link between coffee consumption, the type of coffee consumed, and risk of death from heart disease (Eur J Prev Cardiol 2022 Jan 20;zwac008. doi:10.1093/eurjpc/zwac008).

The UK Biobank study is another long-term, large-scale study that recruited the participation of over 500,000 men and women between 40 and 69 years of age between 2006 and 2010. As with other prospective studies, the participants responded to demographic, medical history, lifestyle and dietary questionnaires and underwent a physical exam along with providing blood samples.

For their analysis the authors chose to exclude those who reported having heart failure or having experience a heart attack or stroke. They also excluded those who reported consuming over 25 cups of coffee per day (!!) and those who left the dietary questions about coffee consumption blank. This left over 460,000 participants, of whom 77.9% reported drinking coffee daily.

How much coffee (whether caffeinated or decaffeinated) the participants consumed was grouped into three levels: none, light-to-moderate (1/2 to 3 cups per day), and high (over 3 cups per day).

When it came to dying of cardiovascular disease, the benefit of drinking a moderate amount of coffee every day was even greater - those coffee drinkers were 17% less likely to die of heart disease.

Those who drank more than 3 cups of coffee per day, however, were 10% more likely to experience a heart attack.

About 100,000 of the participants in this study also underwent comprehensive imaging of their hearts as well as procedures to measure arterial stiffness - which is an indicator of arterial health (thnk "hardening of the arteries"). Those who drank moderate amounts of coffee had significantly decreased arterial stiffness and increased measures of cardiac health such as stroke volume and ventricular mass.

What about coffee type? The Biobank participants overwhelmingly drank either ground or instant coffee, if they drank it at all. The authors note that "we did not find statistically significant association between regular instant coffee consumption and health outcomes." Decaffeinated ground coffee, on the other hand, conferred similar health benefits to caffeinated ground coffee, at least with respect to overall risk of death from any cause.

The take-home message here is that if you drink a moderate amount of coffee regularly, it's almost certainly good for your health in general and your heart in particular. Instant coffee? Not so much, likely because it is far more processed than simply grinding the beans.