Mediterranean diet helps reduce your risk of Crohn's
Crohn's disease is an autoimmune disorder, that along with with Ulcerative Colitis, is subtype of Inflammatory Bowel Disease. Inflammatory Bowel Disease is characterized by long-term inflammation of portions of the gastro-intestinal tract: those with Crohn's may have inflammation anywhere from the mouth to the rectum, with healthy sections of gut in between the inflamed areas, and those with Ulcerative Colitis have their inflammation limited to the length of the large intestine.

Will an anti-inflammatory diet help you avoid gum disease? 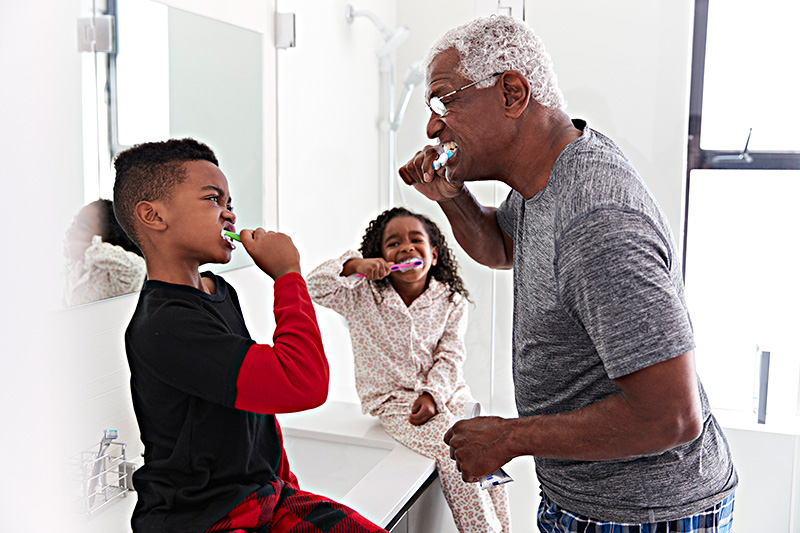 Periodontitis is a serious gum infection that can damage the soft tissue around your teeth to the point that you lose teeth. It's an advanced form of gingivitis - that is, inflammation of the gums.

If you were fortunate enough to grow up with regular dental visits, you've probably heard about gingivitis from your dentist, who warned you of the importance of regular brushing and flossing, in part to prevent gingivitis (not to mention the dreaded cavities).

Researchers at Harvard sought to find a possible link between diet and periodontitis by examining data gathered for the Health Professionals Follow-up Study (HPFS), a large-scale prospective study of male health professionals that began recruitment in 1986 (Brit J Nutr 2021;126:1698-1708).

The participants in this study, which overall includes over 50,000 people, were between the ages of 40 and 75 at the start of the study, when they initially responded to a dietary survey and provided a thorough medical and dental history as well as lifestyle and demographic information. The dietary survey was repeated every four years, while the medical/dental and lifestyle surveys were repeated every two years.

To assess the inflammatory or anti-inflammatory nature of each participants' diet, the authors applied an empirical dietary inflammatory pattern (EDIP) scoring system developed for use in the Nurses Health Study. The EDIP essentially assigns a weighted score to 39 different food groups based on their effect on three blood indicators of inflammation: Interleukin-6, C-reactive protein, and Tumor Necrosis Factor receptor-2. A higher EDIP score means a more inflammatory diet, while a lower score means a less inflammatory diet.

After excluding those participants who reported at recruitment having periodontitis already, as well as those with cancer, heart disease or diabetes, there were still almost 35,000 men included in the analysis.s

EDIP scores were broken into five increasing levels, then the scores of those who reported periodontitis were compared with those who were not after taking into account such factors as age, Body Mass Index, physical activity level, and smoking status.

So why report on this null result?

Because the only group that did have a higher risk of periodontitis were those whose Body Mass Index was in the obese category. For those who were clinically obese and whose diets were most inflammatory, developing periodontitis was 27% more likely.

We know that being clinically overweight or obese is also a cause of chronic inflammation, so excess weight plus a more inflammatory diet may be working together here. Note that this is a observational study so it can't definitively show us the root cause of anything.

I would take this as a caution: brush and floss regularly, don't smoke (a known risk factor for periodontitis), and see your dentist at least once a year if you can.