Junk is junk: seafood at chain restaurants
Part of my mission here at Dr. Gourmet is to help people to add more seafood to their diet. Seafood in general is a point in the Mediterranean diet and a great source of omega-3 fats, which we know are important for cardiovascular health. Mediterranean diet guidelines suggest eating fish twice a week, on average.

More vegetables, less meat: it can be done in restaurants
One of my goals with both Dr. Gourmet and Health meets Food: the Culinary Medicine Curriculum is to encourage people to get back into the kitchen and learn how to cook for themselves. I think you'll agree that it's an admirable goal, but it would be naive in the extreme to think that home cooking alone will reverse the rise in obesity and the attendant increase in chronic health issues. The fact is that people eat out - and in the United States, at least, they eat out a lot.

Yes, eating out too often is bad for you 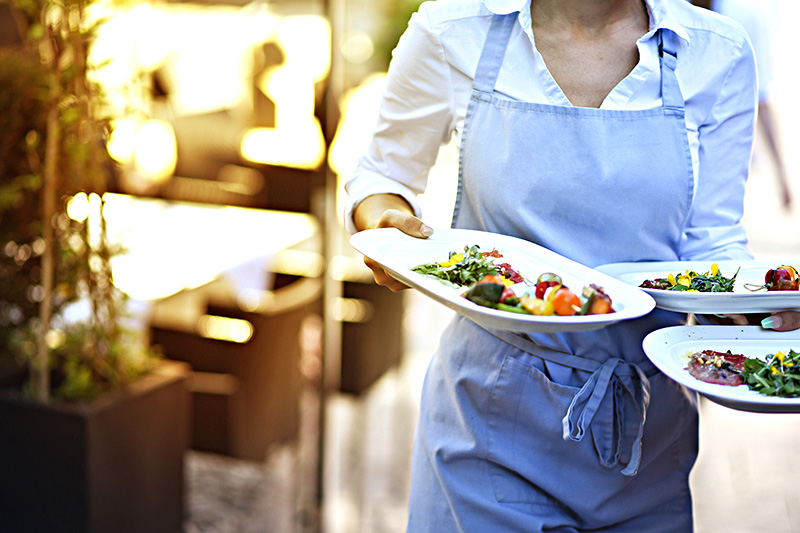 We know that people who eat out frequently are more likely to develop obesity, diabetes, and other chronic health conditions, likely because restaurant and fast foods tend to be more calorie-dense, nutrient-poor, and higher in fat and sodium than what you might make at home. So it might seem obvious to conclude that those who eat out a lot are more likely to die of a heart attack or develop cancer.

The authors analyzed data gathered between 1999-2000 and 2013-2014 as part of the National Health and Nutritional Examination Survey (NHANES), an ongoing, large-scale, long-term study of Americans living all over the United States. For the purposes of today's article, the authors included participants who were at least 20 years old in 1999-2000 and did not have cardiovascular disease or cancer: over 35,000 people.

During the extensive interviews conducted as part of the survey, the participants were asked how many times in the previous 7 days they had a meal that was "prepared away from home in places such as restaurants, fast food places, food stands, grocery stores, or from vending machines". That frequency was then classified in five increasing levels ranging from less than 1 meal per week (on average) to 2 meals or more per day.

As part of the survey the participants receive a physical exam from a physician and respond to detailed questionnaires assessing not only their health and demographic information, but also dietary factors. This allowed the authors of this article to take into account the quality of the participants' overall diet as well as factors ranging from race/ethnicity to smoking status to physical activity and Body Mass Index.

Today's article compares the frequency of dining out for those participants who passed away during the study period with those who did not. The authors were able to ascertain the cause of death through NHANES' link to the National Death Index.

In particular, the researchers were interested in all-cause mortality (those who died of any cause), cardiovascular mortality (for example: dying of a stroke or heart attack), and cancer mortality (dying of cancer of any type).

This was after taking into account not only demographic and health factors, but also what the participants actually ate.

I'd like to think that most people don't eat out every single day, but the fact is that it's not that unusual - I have patients who do in fact eat out at every meal. My goal has always been to get people cooking at home more often - for their health as well as their wallet.