More evidence against intermittent fasting
A little over a month ago I reported on a study that showed no significant difference in the amount of weight lost when obese women simply restricted calories by the same amount every day or restricted when they ate the same number of calories.

Mediterranean diet easier to stick to than intermittent fasting, Paleo
Sometimes I have to wonder why a study is published at all. A study published recently in the American Journal of Clinical Nutrition has basically proven what we already know, which is that without intensive support... 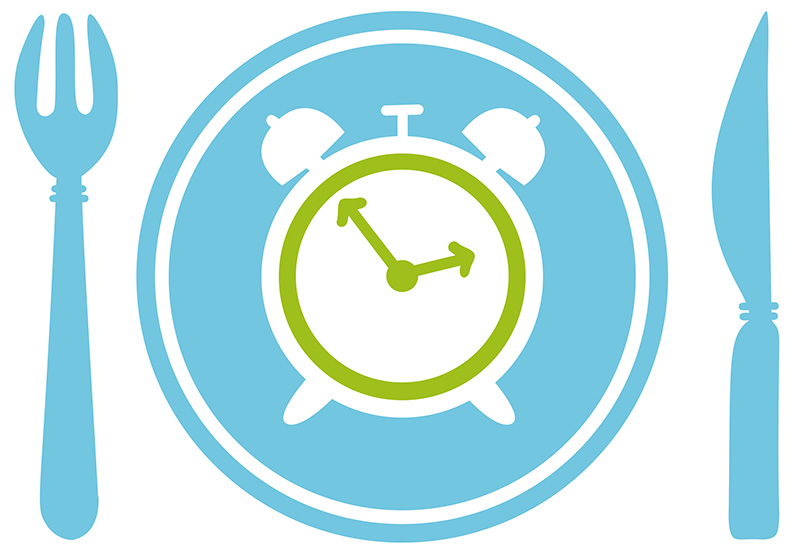 We've written several times about different studies assessing the idea of Intermittent Fasting (IF) for weight loss. In 2018 we shared with you a study that compared Intermittent Calorie Restriction (ICR) (essentially a 5:2 diet) with Continuous Calorie Restriction (what we think of as "dieting") and a control group doing neither but receiving dietary counseling. The difference in amount of weight lost between the two groups cutting their calories was only "borderline significant" and all three groups improved their metabolic scores by about the same amount.

In 2020 another study compared a group that only ate between 12pm and 8pm with a control group - and the authors note that while those limiting the time of their consumption lost more weight than the control group, they lost more than double the amount of lean body mass than is seen from simply cutting daily calories. This was reinforced by another study we reported on a few months ago in which those who practiced CCR lost body fat almost exclusively while those with time-limited consumption lost both body fat and lean body mass.

The authors found 11 meta-analyses that together included 130 randomized controlled trials. In their assessment of the aggregate data, the authors noted 28 statistically significant associations between any one of 4 different styles of intermittent fasting and weight loss and/or improvements in metabolic scores.

That single high-quality association showed that those who followed a Modified Alternate Day Fasting (MADF) diet reduced their Body Mass Index by a statistically significant amount as opposed to those following their usual diet. MADF was defined as "alternat[ing] between days of ad libitum eating [no restriction on calories or foods consumed] and days of fasting with total caloric intake ranging from 0% to 40% or 0 to 600 [calories] per day for 3-5 days per week".

The 6 moderate-quality associations linked MADF to reduced BMI compared to either CCR or usual diet in those of clinically normal weight or those with overweight or obesity, but 1 study notes that those who followed MADF lost more lean body mass than those following CCR.

Unfortunately, the authors are unduly optimistic about Intermittent Fasting, stating in their conclusion that "our results supoprt the role of IF, especially MADF, in adults with overweight or obesity as a weight loss approach with metabolic benefits." They say this despite their note that "there is a paucity of evidence demonstrating clear and sustainable clinical benefits of IF."

Elsewhere they note that physicians hesitate to advise their patients about IF because of the "presumed difficulty in adherence to the regime." Oddly enough, in 2020 we reported on a study that shows that a Mediterranean-style diet is easier to stick with than Intermittent Fasting or a Paleo diet. That's not a "presumed difficulty" - and we know that people tend to have trouble sticking to any weight-loss diet.

We should further note that none of the randomized controlled trials included in this umbrella review of meta-analyses included more than 69 people or lasted longer than 5 months. Five different variations of Intermittent Fasting were included, further clouding the issue (Which variation works? What doesn't?).

What this really shows is nothing we don't already know: just about any form of cutting calories will help you lose weight in the short term, but most people can't follow a "diet" for the long term and most people end up gaining the lost weight back after returning to their usual diet.

The only thing that works for the long term is an overhaul of your usual diet: a Mediterranean-style diet is one that still includes your favorite foods, is better for you, and is one you can live with for the rest of your life.