Fast Food: Not Much Better
I know from talking to my patients that people eat a lot of fast food, but I hadn't realized that over 25% of adults in the United States eat fast food at least twice a week. Overall, fast food accounts for 15% of food consumed in the U.S. Even worse, children eat more fast food than they eat at school.

When is a serving not a serving? 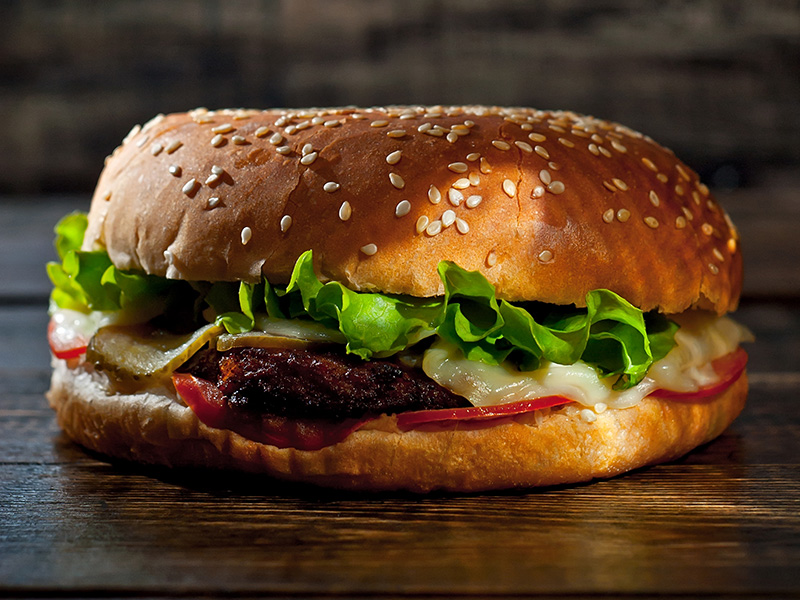 When it's ultra-processed food.

Recently Drs. Young and Nestle, both of New York University, updated their look at serving sizes of ultra-processed foods, including serving sizes at fast food restaurants (Am J Pub Hlth 2021;111(12):2223-2226).

Today's article is an extension of a review that was first published in 2002, when the authors identified single serving sizes of packaged foods such as candy, sodas, and beer, along with common fast foods such as hamburgers and french fries. At the time the authors recorded not only the official serving sizes for 2002, but they also recorded the initial sales dates of the specific foods and their serving size at first offering by contacting the company in question or accessing publications from the relevant time period.

Sure, their labels indicate that the quantity in the entire package is more than one serving, but we've seen in frozen foods how easy it is to mistake what is two servings according to the label - say, a can of soup - with 1 serving of what people are actually going to eat (the whole can).

Coca-Cola also began with a smaller serving size than we are used to: when it was introduced in 1916 it was packaged in glass bottles and came in a 6.5-ounce serving. By 2002 that single serving bottle was 8 ounces, and when cans of Coca-Cola were introduced in 1960, a can held 12 ounces. Now you can buy bottles (plastic or glass) in 20 and 24-ounce sizes and cans are up to 16 ounces.

Candy and sodas are one thing, but burgers and fries are even more concerning. In 2015 a review of portion sizes in fast foods led a group of scientists to call for fast food companies to voluntarily decrease their serving sizes.

Between 2002 and 2021, it would appear that McDonald's and Burger King (other fast food companies did not appear in today's research) did just that.

In 2021, the Whopper Jr., Double hamburger, and Whopper were indeed smaller (4.7 ounces, 4.8 ounces, and 9.5 ounces respectively), but Burger King had also introduced a Triple Whopper at 15.5 ounces.

McDonald's added sizes and renamed sizes in a similar fashion: in 2021 their smallest size was a 1.3 ounce Kid size and their Small was 2.6 ounces. To give them some credit, they did stop selling their Supersize (7.1 ounce) fries so their largest serving was 5.9 ounces.

And these are just hamburgers and fries as opposed to other offerings. In the last few years both chains added sandwiches that are much, much larger: you can now get a Double Quarter Pounder with Cheese at 740 calories from McDonald's (in Canada they have a Double Bacon 'N Crispy Onion Quarter Pounder that's 900 calories) and a Bacon King sandwich from Burger King that comes in at 1,360 calories.

The authors call for "caps and other legislatively mandated national policy options to require the food industry to make smaller food portions more available, convenient, and inexpensive". A laudable goal, but until the food industry takes these steps your best bet is to avoid eating fast food as much as you are able. And if you do find yourself eating at a fast food restaurant, decide ahead of time what you'll have by checking out the nutrition information on the company's website. We have recommendations for you in our Eating Healthy at Fast Food Restaurants section.