Caffeine and the Risk of Breast Cancer
At some point in their lives, as many as half of all women have what is called benign breast disease. This catch-all term can include such diagnoses as fibrocystic breast disease, mastitis (inflammation of the breast), or simply "lumpy breasts."

Should you avoid caffeine if you're pregnant? More evidence is in 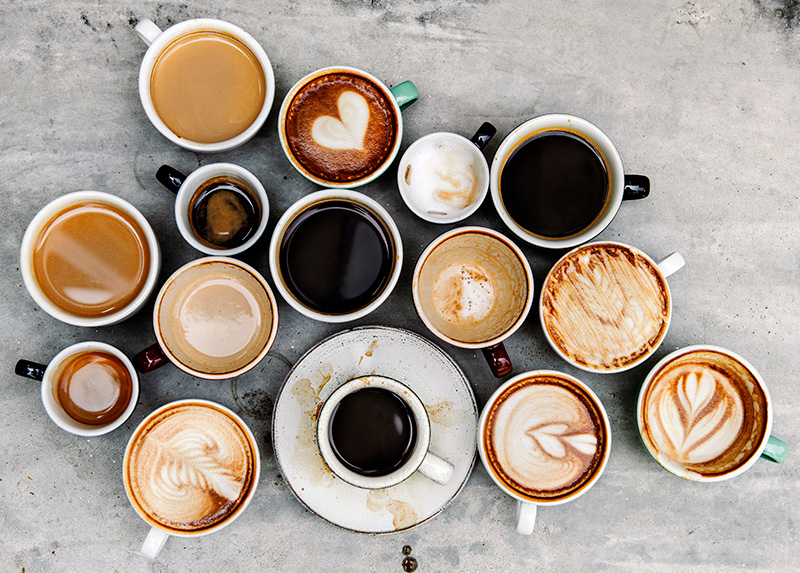 As Faith Bontrager reported in her pregnancy column, "Don't eat that!", while avoiding raw meats, raw eggs, and raw fish is a definite avoid, the evidence for whether you should avoid coffee, or more specifically, caffeine, is still a bit of a tossup.

The American College of Obstetricians and Gynecologists' guidelines say that regular caffeine consumption over levels higher than 200mg per day (an 8-ounce cup of coffee contains about 95mg caffeine) may contribute to pregnancy loss and fetal growth restriction (the fetus not growing as much as expected), and that "out of an abundance of caution" caffeine intake should be limited to less than 200mg/day.

It's also important, however, to look at the risks to the pregnant person. Pregnancy puts people at risk of Gestational Diabetes Mellitus as well as preeclampsia and its harbinger, pregnancy-related high blood pressure. While we are suitably cautious about the risk to the developing child, we should also assess whether caffeine consumption puts the pregnant person at risk as well.

Researchers at the University of Pennsylvania as well as the NIH collaborated on an analysis of the data gathered for a study known as NICHD Fetal Growth Studies-Singleton Cohort (JAMA Netw Open 2021;4(11):e2133401).

Over 2,500 pregnant persons at 12 locations throughout the United States were recruited to participate in the study while their pregnancy was between 8 to 13 weeks of gestational age. Those pregnant persons included in the study who had a Body Mass Index between 19 and 29.9 (clinically underweight to clinically overweight) did not smoke, drink, use illicit drugs, conceive via in vitro fertilization, have previous complications to other pregnancies, and had no chronic diseases such as cancer or diabetes.

Those pregnant persons whose prenatal Body Mass Index was over 30 (clinically obese) was limited to those without major chronic diseases but were not ruled out due to other issues.

As part of their regular prenatal care visits, at weeks 16-22, 24-29, 30-33, and 34-37 weeks, participants reported how many servings of caffeinated beverages they had consumed each week, as part of an overall dietary questionnaire.

The dietary questionnaire evaluated intake of not only caffeinated coffee, but also teas, sodas, and energy drinks. The researchers assigned standard industry caffeine amounts to each drink, summed the total caffeine, and divided by 7 to find the average caffeine intake per day for each participant. The authors could then classify the pregnant persons into three increasing levels of intake: 0-100mg caffeine/day, 101-200mg caffeine/day, and over 200mg/day.

The authors accessed the participants' medical records (with prior permission) to find out if they had been diagnosed with Gestational Diabetes Mellitus, gestational hypertension, preeclampsia, high blood pressure, or abnormal glucose scores at the following points in their pregnancy: at 10-13 weeks and again at 16-22 weeks. This was to make sure the participants' caffeine intake was assessed prior to the standard tests for Gestational Diabetes, gestational high blood pressure, or preeclampsia.

The authors found that at the 10-13 weeks gestation point, drinking caffeinated beverages, at any level of caffeine intake, had no effect on participants' risk of Gestational Diabetes, while drinking beverages containing less than 100mg caffeine per day at 16-22 weeks means a 47% reduction in risk of Gestational Diabetes. No relationship between caffeine intake was evident for hypertension or preeclampsia.

The take-home message from this study is that a moderate consumption of caffeine - equivalent to about 2 cups/day of drip coffee - is likely safe for most pregnant persons.

Should you start drinking caffeinated beverages if you don't already? That's not part of these recommendations. If you do - fine. If you don't - no need to start. Talk to your health care professional about your caffeine intake to see if it's something you should be concerned about with your personal history.