Never have business meetings right after lunch; or, why carbohydrates make you sleepy
Your mother probably told you that eating a big meal right before bedtime would give you nightmares. Maybe not nightmares, but research has shown that avoiding meals close to bedtime can help reduce sleep disturbances like insomnia or waking up too early. Are there foods that will help improve sleep?

Getting enough sleep?
Researchers at the Universities of Iowa and Wisconsin collaborated to assess the possible link between sleep duration and obesity (Arch Intern Med 2006;166:1701-1705). In an analysis of data collected from 990 working adults in the rural county of Keokuk, Iowa, they correlated self-reported sleep time with Body Mass Index. 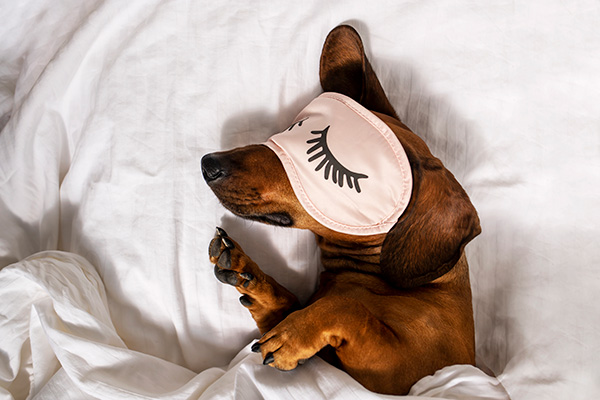 In 2006 we shared with you a study that looked at the relationship between sleep time and Body Mass Index, which found that those who slept less than 6 hours per night were far more likely to be clinically obese than those who slept 9 hours or more.

The study was done in just under 1000 people in rural Iowa. Earlier this year a similar study was published in JAMA Network Open (2021;4(6):e2113775) - but it's far more thorough: it also looks at what time people went to bed, when they got up, and whether they slept (napped) during the day.

For this study an international team of researchers analyzed data gathered for the Prospective Urban Rural Epidemiology study, which was designed to assess the global burden of cardiovascular diseases and risk factors. It includes participants from 60 locations in 26 countries of different income levels worldwide, from the United States to Poland to Tanzania.

Over 136,000 people between the ages of 35 to 70 were extensively surveyed regarding their diet, physical activity, health, habits, and (of course) when they typically went to bed for the evening, when they usually arose in the morning, and if (and how much) they napped in the afternoon.

Each participant was weighed and their height measured to calculate their Body Mass Index (BMI), and in addition their waist and hips were measured for Waist to Hip Ratio (WHR).

The authors note that the current guidelines from the American Academy of Sleep Medicine and Sleep Research Society recommend at least 7 hours per night for general health, but there's no recommendation for when you should go to bed. If you're working on your weight, make sure you're getting at least 6 hours of sleep per night - and try to go to bed before 10pm.