When the low-carb hype doesn't add up
The LA Times headline reads, "The case against carbohydrates gets stronger." The article is written by the lead author of a study recently published in the British Medical Journal.

Low-carb beats low-cal (except when it isn't)
Demonizing carbohydrates continues to be a thing, and now it appears to be moving into diabetic treatment. Why are diabetics so concerned with carbohydrates?

More poorly designed diet research: low-fat vs. low-carb diets
The media has been all over today's study from the Annals of Internal Medicine, for the most part acting as if this were the last word on healthy eating. Proponents of the Atkins Diet are understandably celebrating, as the results of the study as published are that a low-carbohydrate diet increases weight loss and improves cholesterol scores more than a low-fat diet.

Low-carb diets are good for your heart - or are they? 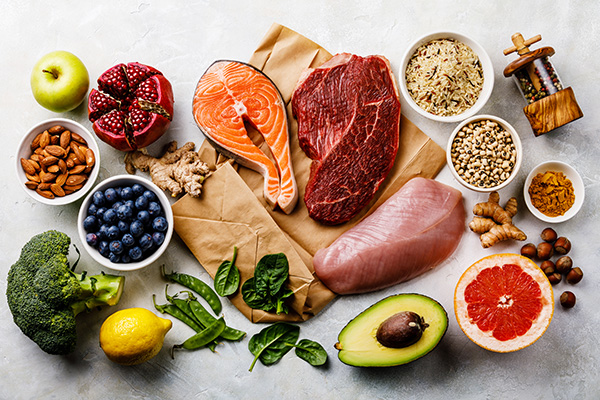 Recently an article was published in the American Journal of Clinical Nutrition titled "Effects of a low-carbohydrate diet on insulin-resistant dyslipoproteinemia - a randomized controlled feeding trial."

One headline for reporting on the research was "Low-carb diet shown to improve cardio metabolic risk profile". You might think this study shows that a "low-carb" diet improves cardiovascular risk factors - that is, "heart health". This is part of the problem with reporting on science: more often than not the actual results don't match the news headlines.

In 2014, the authors recruited 164 people who were considered clinically overweight or obese for a feeding study. For 9-10 weeks the participants followed a weight-loss diet designed to help them lose about 12% of their body weight.

After this initial weight loss, the participants were randomly assigned to one of three diets, all of which included the appropriate number of calories for them to maintain their new, lower weight.

The three maintenance diets differed in the percentage of calories from carbohydrates the participants consumed.

In all three maintenance diets, saturated fat accounted for 35% of total fat. The participants received all of their food from the lab throughout the study and ate at least one meal per day in the presence of study staff.

For the purposes of this study the authors sought to compare measures such as cholesterol scores, blood pressures, and inflammatory markers, testing the participants at the beginning and end of each phase of the study: before and after weight loss as well as at the end of the maintenance phase.

During the maintenance phase, while the participants were following their assigned low-carb, medium-carb, or high-carb diet, those following the low-carb diet saw the greatest decrease in their LPIR score.

The researchers triumphantly state in their conclusion that "A low-carbohydrate diet... improved insulin-resistant dyslipoproteinemia... without adverse effect on LDL cholesterol. Carbohydrate restriction might lower CVD risk independently of body weight, a possibility that warrants study in major multicentered trials powered on hard outcomes."

Multiple news outlets, including the New York Times, have touted this study as showing that a low-carb diet "may be beneficial for your cardiovascular health."

There are a number of issues with this study, however. First, the authors focus their conclusions solely on the moderate improvement in LPIR score, although they admit that "LDL cholesterol, LDL-P, and inflammatory markers did not differ by diet" and further soften their conclusion by stating "These findings suggests that a dietary strategy focused on carbohydrate restriction might not raise, and could potentially lower, [cardiovascular disease] risk." (emphasis ours)

There's a big difference between "may be beneficial for your cardiovascular health," as the New York Times described it, and "might not raise" your risk of heart disease.

Second, recall that the participants followed a weight-loss diet for about 10 weeks before they began their assigned test diet. The weight-loss diet, by the way, was not low-carb: it was 45% of calories from carbohydrate, 35% of calories from fat, and 25% of calories from protein. All participants lost about 5% of their body fat during that run-in diet, and we know that a weight loss of that magnitude can have significant effects on cholesterol scores as well as blood pressures. The way this study was designed doesn't prove that a low-carb diet is solely responsible for any improvements in LPIR.

Its chairman of the board and co-founder is Gary Taubes, whose latest book is The Case for Keto: Rethinking Weight Control and the Science and Practice of Low-Carb/High-Fat Eating.

His company partially funded this study, monitored the study as it was conducted, and commented on the manuscript as it was being written. And this is supposed to be unbiased science? It is difficult to see how this is be different from Coke or Pepsi funding a study about soft drinks and being able to review and comment on the research prior to publication. It is equally difficult to understand how the journal's editors allowed such bias to creep into what is otherwise a respectable journal.

The hypothesis of this paper is good but a bit misdirected. The idea of a lower carbohydrate footprint in the diet should be squarely focused on reduced sugars such as table sugar and high fructose corn syrup. A broad condemnation of all carbohydrates makes no sense and only serves to confuse consumers.

The only thing this study "proves" is that you can lose weight on a healthy diet - it's just as biased as anything Coca-cola funded with respect to high fructose corn syrup. Shame on you, American Journal of Clinical Nutrition. This should never have been accepted for publication.