Still no good evidence: herbs for weight loss
Back in 2012 I reported on an article that was a thorough review of the state of the evidence for herbal weight loss supplements, including ephedra, green tea extract, and chromium picolinate. While the author concluded that further research was warranted on green tea extracts, none of the other herbal supplements she covered appeared to be both effective and safe. 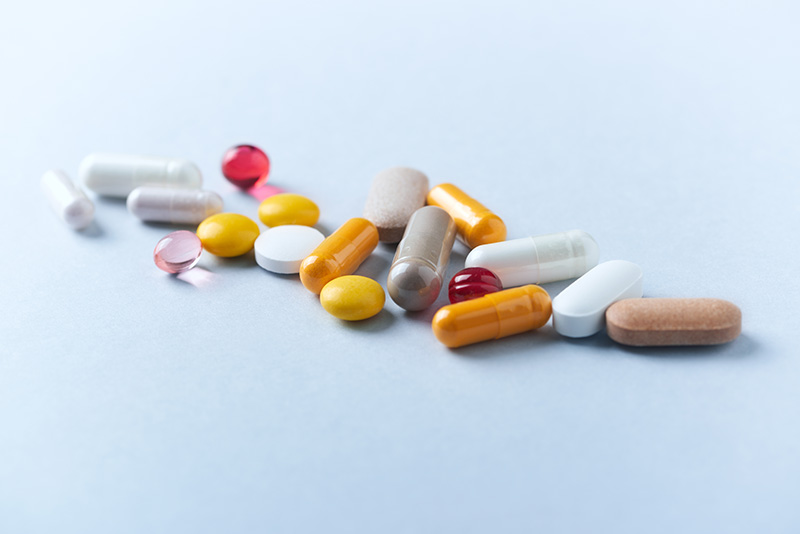 In 2012 I reported on a review article that assessed the quality of the evidence for several of the more popular supplements taken for weight loss at the time. These supplements included chitosan, caffeine, ephedra, green tea extract, calcium, chromium picolinate, fiber, and hoodia gordonii, and the results were that there simply wasn't enough quality research to suggest that you should waste your money on such things.

Almost ten years later, an group of researchers from all over the United States performed another review of published research regarding not only weight loss supplements, but also alternative therapies for weight loss such as acupuncture, mindfulness, and massage (Obesity 2021;29(7)1102-1113).

The authors searched multiple electronic databases of published research, including Medline (PubMed), Embase, and Cochrane Library. Articles were limited to published randomized, controlled trials of supplements specifically marketed for weight loss that have not been approved by the FDA, meaning that studies in animals, cohort trials, case-control studies, case reports, studies in those who have had bariatric surgery, and studies of FDA-approved weight loss drugs were deliberately excluded. Publication dates for these studies were as recent as 2018 but went as far back as the databases allowed.

The studies had to be performed in people 18 years of age or older who were considered clinically overweight or obese, and only supplements or alternate modalities with at least 5 randomized, controlled trials were included.

Further, the authors only looked for articles that reported on weight loss - as opposed to only reporting changes in BMI or waist to hip ratio. Over 20,000 citations were initially identified as possible matches, and a team of reviewers assessed the titles and abstracts of each article for suitability.

Over 1,700 manuscripts were identified as possible matches for this review, and every manuscript was downloaded and evaluated by another team of reviewers. More articles were eliminated after a full-text review, leaving 315 articles for inclusion in the review article.

Those reviewers assessed the quality of every included article according to research quality standards delineated by the Cochrane Collaboration, which are commonly used to evaluate research quality around the world.

Unfortunately, only 52 of the 315 articles the authors reviewed could be considered to be of high quality, and only 16 reported statistically significant weight loss compared with placebo.

I'll hit the high points for those studies that were of high quality and showed some positive results:

Only 1 of 9 studies had a low risk of bias. That study resulted in a statistically significant loss of 2.3kg (about 5 pounds) over a 6-week trial.

Thirty-eight studies were published between 2005 and 2017, but only 16 were judged as having a low risk of bias. Only two of those 16 high-quality studies reported significant weight loss ranging from 1.5kg (3.3 pounds) to 1.7kg (3.7 pounds).

This variety of omega-6 fatty acids had 31 randomized controlled trials included in the review, of which only 5 were considered to be of high quality. Just one of those resulted in clinically significant weight loss between 1.5kg and 3kg (3.3 pounds to 6.6 pounds)

Other supplements, such as phenylpropanolamine, white kidney bean extract, guar gum, chocolate/cocoa, and calcium/vitamin D, showed no significant results in those studies considered to be of high quality. Similary, neither acupuncture nor mind/body modalities such as mindfulness, meditation, or hypnosis yielded clinically significant results.

The good news is that there is far more high-quality research into weight loss supplements and alternative therapies than there used to be. The bad news is that the results are still mixed at best. Further, the supplement industry is still unregulated - you take a risk every time you take one of these supplements, as they have been known to be contaminated with everything from prescription drugs that have nothing to do with what the supplement claims it will do, to common garden dirt. Play it safe and stick with what we know works: improving the quality of your diet and getting enough exercise.

Finally, there are some FDA-approved medications that can help you lose weight if other approaches aren't working for you. Talk to your physician about your options.