Evidence for 5 a day
Your mother probably told you to eat your vegetables. And she was right. The question many people have, however, is "Just how much?" In the 1990's the USA had the 5-a-day campaign, which was softened to "Fruit and Veggies - More Matters" in 2007, although the 2015-2020 guidelines for Americans suggests 2 1/2 servings of vegetables and 2 servings of fruit per day.

More evidence that fruits and vegetables are good for your heart
Back in 2014 I wrote about a study that assessed the impact of eating fruits and vegetables that are high in flavonoids (a particular type of antioxidant) on what I called the "clinical precursors" of heart disease: biomarkers of inflammation as well as arterial elasticity and vascular reactivity.

Prevent diabetes with fruits and vegetables 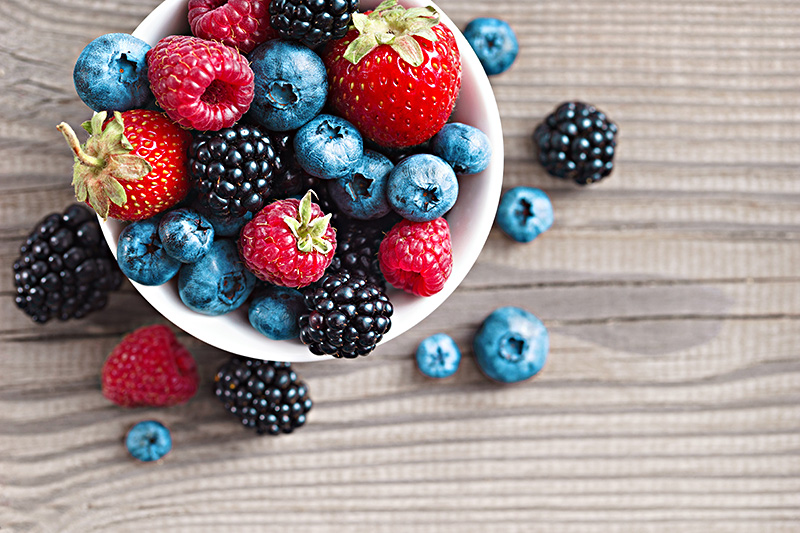 A prospective study conducted in Denmark (J Nutr accepted manuscript, https://doi.org/10.1093/jn/nxab269) suggests that consuming more flavonoids - a type of antioxidant which are most commonly found in fruits and vegetables as well as tea - may confer significant protection from developing diabetes.

The authors analyzed data from the Danish Diet, Cancer, and Health study, which recruited participants between the ages of 50 and 64 from 1993 to 1997.

The over 56,000 men and women included in their analysis were free of cancer or diabetes at the start of the study. The participants responded to multiple surveys, including a detailed 192-item food frequency questionnaire, and their body fat was measured using bioelectrical impedance.

With the results of the dietary questionnaire, the authors were able to analyze each participant's diet and determine their average intake of flavonoids as a whole as well as the six subtypes of flavonoids.

After an average of 21 years of followup, the authors were able to access the participants' medical records via a national database to determine which participants had been diagnosed with diabetes. They then compared flavonoid intake and body fat of those with and without diabetes.

Again, higher flavonoid intake meant a lower risk of diabetes: 19% lower risk for those in the top 20% of intake versus the lowest. That said, those in the third and fourth quintile of intake still enjoyed a 12% reduction in their risk of developing diabetes - meaning that an average of as little as 495mg/day could make a significant difference in risk of diabetes, even after taking into account other dietary and demographic factors.

How much is 495 milligrams of flavonoids? The USDA says that a 3.5 ounce mug of "tea, black, brewed, prepared with tap water" contains about 118mg of flavonoids (they don't specify how long the tea is brewed, sorry). Red cabbage is a powerhouse of flavonoids, at 210mg in 3.5 ounces (uncooked). Try also kale, strawberries, blueberries, and blackberries for good sources of flavonoids, and season your foods with parsley and oregano. Dark chocolate is also a good source of flavonoids, with 85mg of antioxidants, including flavanols, in a 100-calorie serving.

These are by no means all of the foods that contain flavonoids - the key is to eat a variety of fruits and vegetables.