Is gluten bad for you?
Gluten is a type of protein found in certain grains, including wheat, rye, and barley. Approximately 1% of people have an autoimmune disorder known as Celiac disease, in which consuming gluten causes the body to attack and destroy the villi lining the small intestine.

Testing conventional wisdom, Celiac disease edition
As you may know, Celiac disease is often called an allergy to wheat. In fact, it's not a true allergy at all - it's an autoimmune condition in which consuming a protein in wheat gluten causes the body to attack the villi in the small intestine.

'Old' wheat strains not safer for Celiacs
It's true that the rate of diagnosis of Celiac disease has increased in the twentieth century, with some estimates placing the autoimmune disorder's prevalence at four times greater than it was 50 years ago. 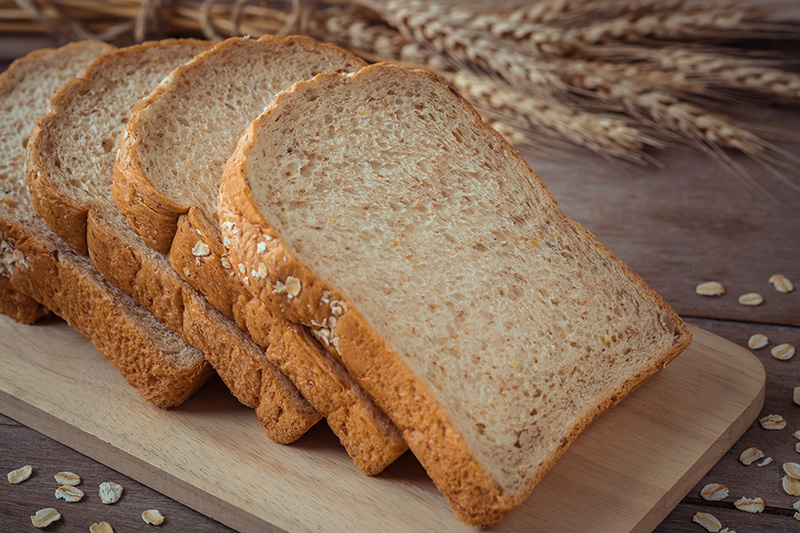 This doesn't mean, however, that the phenomenon known as "non-celiac gluten intolerance" doesn't exist. I was diagnosed with Celiac disease in 2011; that same year I reported on a randomized crossover trial out of Australia: a significant percentage of participants who said they had non-celiac gluten sensitivity experienced increased gastric symptoms when they were given foods containing gluten without their knowledge.

That and other studies has convinced me that while we may not know exactly what is causing the issue, there certainly seems to be something to those who do not have clinically diagnosed Celiac disease experiencing gastric symptoms when they consume wheat gluten.

Today's article is an example.

Researchers at medical schools in Pennsylvania and New Jersey designed a study to assess the impact of the administration of capsules containing two different amounts of wheat gluten versus a placebo on the participants' gastric symptoms (Nutrition 2021;81:110944).

The authors initially recruited people from the surrounding area who did not have clinically diagnosed Celiac disease, which is confirmed with a blood test and small-bowel biopsies showing villous atrophy, nor did they report having celiac-induced gluten sensitivity. These were the 41 healthy controls.

They also recruited those with self-identified gluten sensitivity (NCGS) who also were confirmed to not have Celiac disease. These were the 41 test subjects.

Both groups were placed on a strict gluten-free diet, complete with extensive education on wheat gluten and its obvious and hidden sources, for at least 1 week before beginning the research trial. They were to continue this gluten-free diet throughout the trial.

The two types of participants were separated into two groups each. For a series of 4 weeks the participants received the following capsules in random order:

Each week of gluten-containing capsules was separated by a week that the participants received a placebo that appeared identical to those capsules containing gluten.

Thus the only source of wheat gluten in the participants' diet should have been the capsules administered by the researchers.

To make sure the participants were adhering to a strict gluten-free diet, the researchers conducted urinary and fecal tests to measure certain enzymes that only appear in the stool or urine when someone consumes wheat gluten.

At the end of each trial week the participants were asked if they believed that they had consumed gluten that week, and their answers were matched with their enzyme test results. It's no surprise that those with gluten sensitivity were better at sticking to their gluten-free diets than the control group who were used to consuming wheat products.

Further, the participants' responses to the surveys of common non-celiac gluten sensitivity symptoms showed that those with NCGS reported greater frequency of those symptoms than those without NCGS - regardless of whether they were administered gluten or not.

The evidence for and against the existence of something known as non-celiac gluten sensitivity continues to go back and forth. This research suggests that NCGS might be due to something other than wheat gluten. That said, if you are one of those who have gastric symptoms that are alleviated by a gluten-free diet, then by all means, avoid wheat gluten. Make sure, however, that you are following a healthy diet regardless of your possible diagnosis. Meet with a dietitian for expert help.