More reason to eat breakfast?
The breakfast controversy, such as it is, continues. Skipping meals is a common weight loss strategy, and it seems like breakfast is the one people most often skip.

Dieting? Maybe you should skip breakfast
If you're working on your weight, should you eat breakfast or not? We've seen in one small study that those who skipped breakfast ate fewer calories overall - even though they did eat a little bit more than usual at lunch and dinner.

Lose More Weight with a Big Breakfast
I've said for years that breakfast really is the most important meal of the day. Skipping breakfast appears to reduce your metabolism while actually delaying fat burning and increasing fat deposition.

More on the importance of breakfast 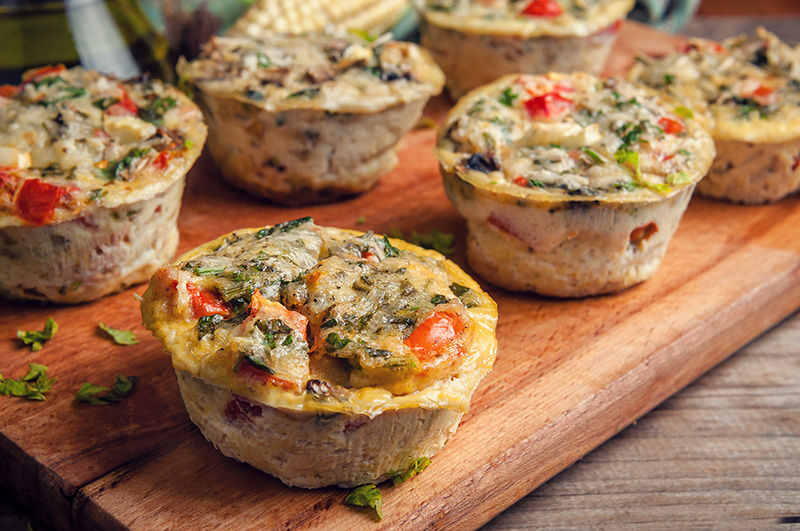 Most dietitians and Culinary Medicine specialists will advise their patients to eat a healthy breakfast of whole grains (carbohydrates), quality protein, and a moderate amount of fats. (Peanut butter on whole wheat toast or a scrambled egg on whole wheat toast is a good example.)

But why is eating breakfast important? Some research suggests that having a quality breakfast meal means consuming fewer calories throughout the day, while other studies might not see an effect on total caloric intake but rather a much higher diet quality overall. Finally, there's little agreement on how much people should be eating at breakfast. Most Western societies have their smallest meal in the morning, a slightly larger meal around noon, and the largest meal of the day in the evening, at dinner time.

That said, one study showed that for overweight or obese women, consuming the majority of their daily calories at the morning meal meant not only consuming fewer calories overall, but also that many participants lost more weight than their colleagues who ate a small breakfast.

A study out of Australia was reported on last year in Nutrition (2020;75-76:110764) and suggests conclusions in between the two extremes of only greater weight loss with a larger breakfast and only improved dietary quality.

The authors utilized data from 2011 and 2012 gathered through the Australian National Nutrition and Physical Activity Survey. These over 9.000 adult men and women responded to detailed, Australia-specific dietary questionnaires conducted in person, by professionals, as well as providing health and demographic information.

Specifically, the researchers focused on breakfast, allowing the participants to describe the time and content of what they considered "breakfast" - if they felt they consumed such a morning meal at all (the authors allowed the participants to decide what "breakfast" meant to them in terms of timing, but generally this was a meal of about 300 calories or so, consumed in the morning).

What's interesting is that the researchers could find no relationship between the participants' breakfast habits and their Body Mass Index (BMI): those who ate breakfast, regardless of how many of their daily calories were consumed in the morning, were equally likely to be overweight or obese as those who skipped breakfast.

On the other hand, when the authors considered the participants' overall nutritional profile, they found that those who did eat breakfast tended to have a more healthy diet (as measured by the Healthy Eating Index for Australian Adults (HEIFA-2013), with greater intakes of protein, fiber, and micronutrients and lower intakes of saturated fat, added sugars, and alcohol.

This is a useful, if incremental, addition to the evidence for consuming breakfast. As we've seen in other research, eating breakfast may help you reduce overall caloric intake later in the day - perhaps by helping you to avoid eating fast foods or other junk. As the authors note, "...although omitting breakfast may achieve an energy deficit, it may be detrimental to health in the long term."

Once again, while it's helpful to work on your weight, it's far more important for your health to improve the quality of the calories you consume.