When the low-carb hype doesn't add up
The LA Times headline reads, "The case against carbohydrates gets stronger." The article is written by the lead author of a study recently published in the British Medical Journal.

Evidence for moderation: carbohydrates
A lot of previous nutrition research has looked at specific nutrients (like antioxidants, minerals, or fatty acids), specific foods (nuts or olive oil), or overall dietary habits (like the Mediterranean Diet or DASH Diet), but with low-carb diets so popular in various forms over the last few decades, there's finally opportunity to look at the effects of different levels of macronutrients on long-term health.

Quality counts!
I've been saying for years - no, decades - that it's the quality of the calories you put in your mouth and body that really count. Since I'm an allopathic, evidence-based physician talking about health and nutrition, people assume that I'm all about weight loss. The truth is, I'm not.

The oil you cook with matters 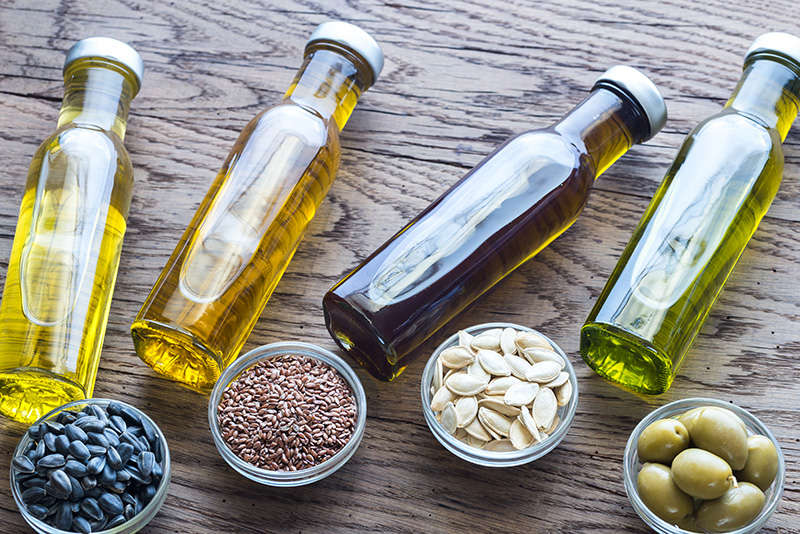 One of the nine points of the Mediterranean Diet is olive oil - except that's really a sort of shorthand for consuming more monounsaturated fats than saturated fats. In my Culinary Medicine cooking classes that usually means that we're talking about the kinds of fats people use in cooking, whether we're spreading the fat on bread (such as butter or margarine) or for sauteing or frying (such as canola oil or olive oil).

I don't know about you, but on a day-to-day basis most people I know are not going to obsessively measure every fat I consume in search of that perfect ratio. Instead, I focus on using unsaturated fats whenever I can and using saturated fats only where I will get the best flavor bang for my buck. Often that means using olive oil or other plant-based oils to saute instead of butter, while still using a small amount of butter to finish sauces.

Instead of looking at saturated vs. unsaturated fats in people's diets, a team of researchers in China took a high-level approach, assessing the types of oils used in cooking and relating those oils with the risk of death from all causes (Nutr 2020;39:3703-3710)

The China Health and Nutrition Survey is an ongoing prospective study of over 7,000 Chinese households in 9 provinces that first began collecting data in 1989 and has continued through 2011 with multiple surveys of the originating as well as replacement households (for those who declined to participate or were lost to followup). Just over 14,000 adults were included in the analysis for today's research.

Multiple 3-day food diaries were included in the data collection for each household. In addition, trained researchers visited each household and weighed and recorded all foods in the home, from sugar to meats, over a 3-day period. Interviews with individual family members allowed the researchers to identify all foods consumed away from the home, as well.

Given the record of the amount and type of oils used over the 3-day data collection period, the researchers were able to estimate each individual person's average intake of the cooking oils used. The most commonly used plant-based cooking oils were peanut oil, canola oil, soybean oil, and "salad oil" (a blend of plant-based oils), while "lard" was the animal cooking oil most frequently used.

The authors grouped individual cooking oil intakes into three increasing levels of consumption, then compared the cooking oil(s) intake of the 1006 people who passed away during the study's duration with those who did not.

You might expect that those who cooked with the greatest amount of animal cooking oils would have a higher risk of dying from any cause. In this analysis, however, there was no statistically significant increase in the risk of death once the authors took into account age, sex, education, smoking status, physical activity, presence of chronic conditions, and other variables.

On the other hand, those who consumed the greatest amount of plant-based cooking oils, regardless of type, were as much as 65% less likely to die of any cause.

Somewhat surprisingly, peanut oil appeared to be the most protective plant-based oil, conferring a reduction in risk of death of 41%.

This is interesting, but I wouldn't take this as endorsing any particular plant-based oil when used for stir-frying, which is how oils are most commonly used in China. I would instead add this to the pile of evidence we already have for preferring plant-based oils for cooking over those made from animal fat - and specifically those oils higher in monounsaturated rather than saturated fats.