The health risks for vegetarians
Today's article shows that even vegetarian or vegan diets can have drawbacks other than needing to eat more carefully to make sure you're getting the right nutrients.

Drinking milk and risk of hip fractures
It's a tenet of nutrition, handed down from our parents and grandparents, and backed up by clever marketing campaigns. The specific message might vary, but the underlying belief is: "Drink milk for strong bones."

What's the Best Supplement for Your Bones?
For years women (and more recently, men) have been told to take calcium supplements to help avoid osteoporosis later in life. Or rather, they should take calcium in combination with vitamin D. Some recent studies have suggested that vitamin D is even more important than calcium in preventing bone less, while others have led to the opposite conclusion. 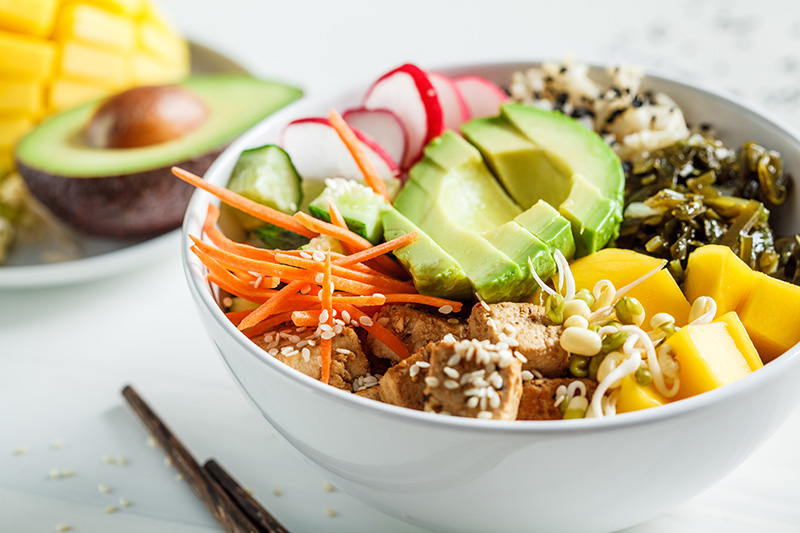 Quite a large portion of the nutrition world would like you to believe that a vegan diet is the "best" diet for your health. The truth is that the jury is still out: In 2019 I shared with you a prospective study that suggested that suggested that vegetarians and vegans were more likely to have a stroke than those who ate land animal protein.

On the other hand, last year I shared with you the results of an analysis of three large-scale, prospective studies that demonstrates quite clearly that contrary to popular belief in some nutrition circles, a vegetarian diet does not reduce the risk of heart disease or stroke much more than other healthy dietary patterns, including the Mediterranean Diet.

Other studies have suggested that those who avoided land animal protein but consumed fish or shellfish had lower risk of all-cause mortality and heart disease than vegans.

But your heart is not the only part of your body that is affected by diet. Today we have the analysis from the EPIC-Oxford study, a large-scale ongoing study out of the United Kingdom (BMC Medicine 2020;18:353) that assesses the risk of fracture associated with different dietary patterns.

Recruitment for the EPIC-Oxford study took place between 1993 and 2001 and data gathering continues to this day. Nearly 65,000 adult men and women were recruited and responded to detailed dietary, demographic, and health history questionnaires at the start of the study and again in 2010.

With the dietary questionnaires the authors were able to categorize the participants as meat eaters, fish eaters, vegetarians, or vegans. Through linkage to the National Health Service's hospital records, the authors of the study could identify those participants who were diagnosed with a fracture at any time from recruitment through 2016.

The authors took into account not only age and gender, but also ethnicity, education level, smoking status, alcohol consumption, and Body Mass Index. They further controlled for the amount of calcium and protein each participant was consuming (in food) as well as whether they were taking dietary supplements.

The question, of course, is why?

The authors note that those who were not meat eaters had a lower average intake of both calcium and protein and tended to have a lower Body Mass Index than meat eaters. (It is thought, among other things, that a higher BMI places more stress on the bones and helps keep them strong.)

If I were one for cherry-picking my research I might say that this means that being vegetarian or vegan is bad for you. There are risks, after all!

The truth is that there are risks to almost any diet - even the Mediterranean diet allows red meat consumption and there are known risks to eating red meat.

What I take this to mean is that if you choose to go vegetarian or vegan, it's especially important to make sure you're getting adequate nutrition. Ask your doctor for a referral to a registered dietitian who can help you plan your diet to keep you in the best of health, whether you choose to eat animal protein or not.