Eating fried foods doesn't increase your risk of stroke - but there's a catch
You are probably well aware that fried foods aren't great for you. Fried foods tend to be higher in fat and thus higher in calories than similar foods that have been oven-baked or even sauteed, and depending on what type of oil is used for frying they may also be higher in trans-fats.

More evidence that fried foods are bad for your heart
It seems that as with a recent article about acne and dietary habits, deep-fried foods being bad for you is as true as it's been long held to be.

A further look at the risks of fried food 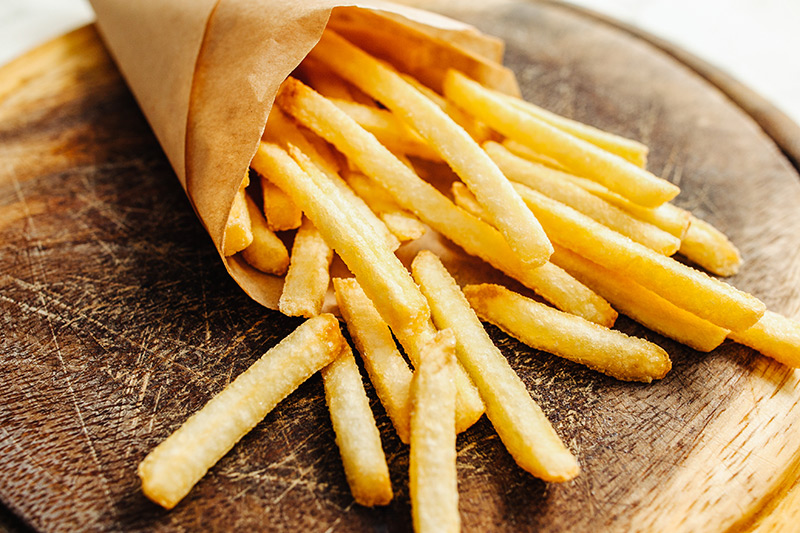 People will sometimes complain to me that it's not worth listening to nutrition advice because "it changes all the time."

A case in point: early in 2019 I reported on a study that showed that those women who consumed fried chicken at least once per week saw a 13% greater risk of death from all causes than those who consumed the least amount of fried foods in general.

I can understand their frustration: is fried food bad for you, or not?

The problem? The definition of "fried."

Today's research also must come with some caveats.

A team of researchers in China performed a meta-analysis of 17 published studies of the effects of fried foods on all-cause mortality; major cardiovascular events; heart disease, stroke, and heart failure; and cardiovascular mortality (Heart 2021;0:1-9. doi:10.1136/heartjnl-2020-317883).

For each outcome, the authors combined the data from those studies that reported on that outcome, finding that for the 11 studies that looked at the association between fried food consumption and coronary heart disease (CHD), those who consumed the most fried foods were 22% more likely to develop CHD than those who consumed the least - an amount that due to publication bias was considered clinically non-significant.

Overall cardiovascular mortality, on the other hand, increased by only 3% when comparing the highest consumption of fried foods with the lowest.

I would have liked to see this research go into more detail regarding the definition of "fried" - that is, was the food "pan-fried" or "deep-fried"? - nor does it specify what foods were fried or in what type of oil.

That's information that's unlikely to be found in a meta-analysis like this one, however - a meta-analysis is designed to take a larger-scale view of current research. While there might be instances where frying food isn't quite as bad for you as it could be, the majority of the evidence still says that you're best off avoiding fried foods except for (very) occasional treats.