Manage your child's expectations
You're probably well aware of the high levels of childhood overweight and obesity in the United States (and many other countries). You probably also know how difficult it can be to lose excess weight once you have it. With that in mind, some researchers are focusing their efforts on understanding why children become overweight in the first place.

Mediterranean Diet may prevent asthma in children
The American Lung Association reports that asthma is the most common chronic condition among children, affecting over 5 million children. It is the third most common cause of hospitalization in kids under 18, and in 2013 alone accounted for over 13 million days absent from school. 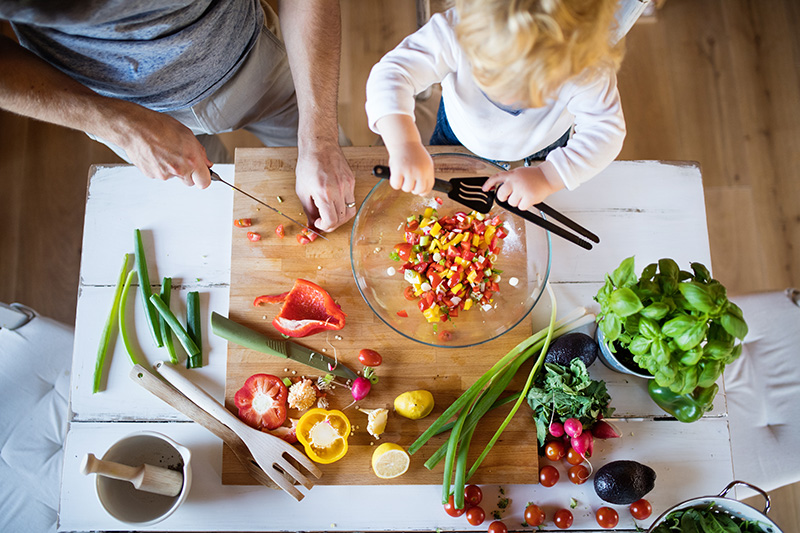 The Pediatric Diet is one of the 30-plus modules in our Culinary Medicine curriculum. Overweight and obesity in children can have significant long-term health outcomes that are not limited to the physical risks associated with excess weight: the psychological effects of weight stigma, which include bullying and depression, are also serious risks to a child's health.

Fortunately, we have research out of Spain that looks specifically at the link between a Mediterranean-style Diet and overweight and obesity in children (In J Obes 2020;44:1906-1917).

The authors utilized data gathered for a study of children from birth through the age of 8, carried out in several regions of Spain. The study, known as INMA, or Infancia y Media Ambiente project, was established in 2003.

At the start of the study, women who were soon to give birth were recruited to participate in this long-term study of their diet and health and that of their children-to-be. The mothers responded to demographic and dietary questionnaires, and some of the details of their child's birth weight and health were recorded.

When the children were 4 years old the mothers and their children were contacted again. The mothers responded to dietary and demographic questionnaires on their own behalf as well as their child's, and the child's height, weight, and waist circumference were recorded.

This was repeated when the children were 8 years old, with a total of 1,527 children participating in all 8 years of the study.

To assess the childrens' diets according to a Mediterranean-style diet score, the authors had to modify a traditional Mediterranean Diet score to exclude alcohol intake. For a maximum of 16 points across the board, those child participants whose intake of vegetables, fruits and nuts, legumes, whole grains, fish or shellfish, and good fats such as olive oil were in the lowest third of intake were given 0 points, 1 point for intake at the middle third of intake, and 2 points for intake at the top third.

More detailed analysis of the children's diets revealed that "the protective effect... was mainly due to a greater intake of vegetables and olive oil, as well as a reduction in the consumption of meat."

Once again, this is an observational study so it can only show us association, not that eating more or less of something caused anything at all. I would take this to emphasize that a Mediterranean-style diet is appropriate at all (food consuming) ages and that it's important to get children used to eating a wide variety of healthy foods so that they can continue the habit into adulthood.