Mediterranean diet easier to stick to than intermittent fasting, Paleo
Sometimes I have to wonder why a study is published at all. A study published recently in the American Journal of Clinical Nutrition (2020;111(3):503-514)) has basically proven what we already know,

The 5:2 diet - intermittent fasting - debunked
One of the more recent diet fads is known as "intermittent fasting": its advocates say that consuming a very-low-calorie diet on a few days per week, while consuming a normal, or even higher number of calories on other days of the week, results in greater weight loss. Some go so far as to claim that such a diet improves metabolic factors such as insulin levels and amounts of abdominal fat.

Restricting when you eat won't help you lose 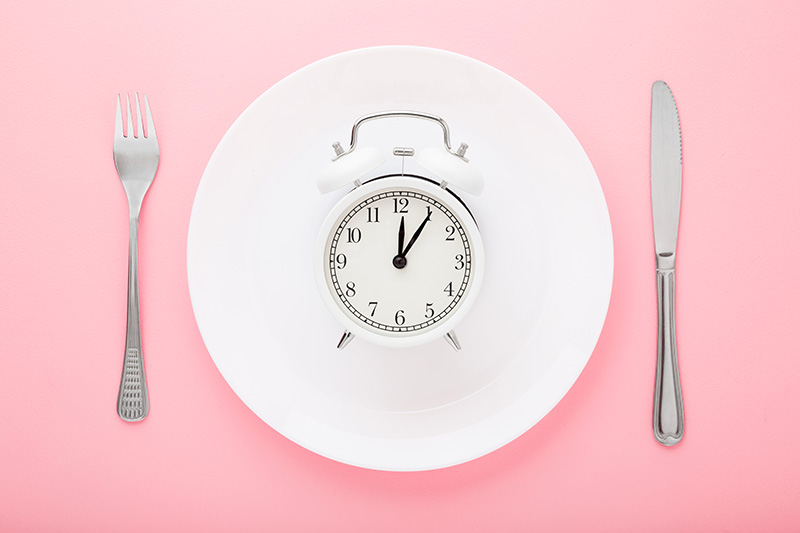 Intermittent fasting is another of those fad diets that's gotten a fair amount of attention in recent years. The premise seems to be that fasting for some period of time followed by a shorter period of unrestricted eating will result in people eating less, and thus losing weight. Naturally there are a few variations on this diet, ranging from entire days of near-fasting (consuming less than 500 calories per day) to what is known as Time-Restricted Eating, in which one's eating is limited to a specific portion of the day.

An article ahead of print in JAMA Internal Medicine this week (doi:10.1001/jamainternmed.2020.4153) investigates what's known as 16:8-hour time restricted eating. 105 adult men and women, all overweight or obese, participated in a randomized, controlled trial performed jointly by the University of Hawai'i Cancer Center and the University of California, San Francisco.

The participants were randomly assigned to either the Time-Restricted Eating (TRE) group or the control group. The Time-Restricted Eating group was instructed only to limit their eating to the hours between 12 noon and 8pm and otherwise to avoid consuming anything but non-caloric beverages. The control group was instructed to consume 3 regular meals each day, with between-meal snacking permitted. Neither group was told what to eat - no instructions were given regarding amounts of carbohydrate or protein, for example, and no instructions were given regarding physical activity.

For 12 weeks the participants weighed themselves daily using bluetooth-connected digital scales provided by the study and received daily reminders about their eating schedule via a smartphone app. Nearly half of the participants lived close enough to the Body Composition Laboratory at UCSF to be able to visit the Lab on four separate occasions throughout the study for blood tests and body fat analysis.

While the amount of weight lost might not have been all that significant, the authors further found that those in the Time Restricted Eating group lost more muscle mass as a percentage of their overall weight loss than those who ate more regularly. The researchers state,

No differences were found in blood pressures, fasting glucose or insulin levels, or cholesterol scores.

It's interesting to note that Time Restricted Feeding has been shown to reduce weight and improve metabolic scores in previous studies - in mice. Once again: people are not mice.

Reached for comment in an article in the New York Times, the senior author of this study said that he had been restricting his own eating to the hours of 12 noon to 8pm for the last several years. When he saw the results of this study, he started eating breakfast again.