Processed foods make you fat
If there's one thing that the popular diets of today have in common, it's that you should avoid highly-processed foods in favor of cooking for yourself from raw or minimally-processed ingredients. Yet for decades we have emphasized counting calories in order to effect weight loss or to maintain weight.

Dr. Tim Says.... Fried Chicken
In the last 30 years that I have been writing about food, fried foods have certainly been vilified. Outside of soda, they are the most popular food that everyone focuses on - patients, doctors, dietitians all think of this first when they talk about eating healthier. 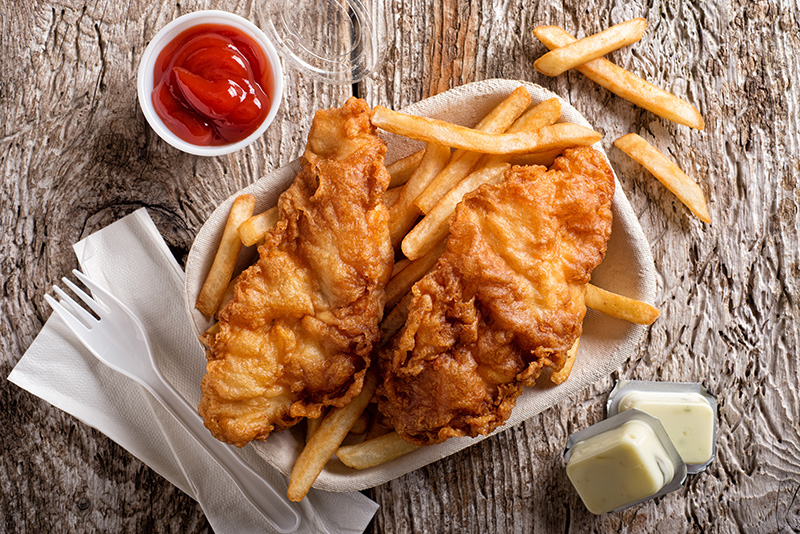 You are probably well aware that fried foods aren't great for you. Fried foods tend to be higher in fat and thus higher in calories than similar foods that have been oven-baked or even sauteed, and depending on what type of oil is used for frying they may also be higher in trans-fats. Meats that are deep fried or grilled over an open flame will contain higher amounts of the cancer-causing agents known as heterocyclic amines.

You might think, then, that eating fried foods, with its higher levels of fats, might be linked with a higher incidence of stroke. You'd be wrong...but there's a catch.

A team of researchers in Spain utilized data gathered through an ongoing prospective study known as EPIC (European Investigation into Cancer and Nutrition) (J Nutr. 2020;86(Suppl 1):198-198.). For the purposes of their research the authors focused on the Spanish arm of the study, which included over 40,000 adult men and women from 5 Spanish regions. Recruitment began in 1992 and ended in 1996, with data gathered through the end of 2017.

At the start of the study the participants met with a trained interviewer and filled out a computerized dietary history questionnaire. This interview included over 660 different types of foods, used household measurements as well as standard unit sizes, and made use of photographs of foods as well as common recipes and regional dishes.

Over 200 of these foods were fried, including deep as well as pan frying as well as foods that might be "battered, crumbed, or sauteed." The interviewer also recorded what types of oil were used for frying.

As part of these initial interviews the participants also responded to surveys regarding personal and family health history, employment, physical activity levels both at work and during leisure time, education level and smoking status, and had their height and weight measured.

The authors were able to identify those participants who experienced a stroke by accessing the Spanish health records, and at the end of 2017 they compared the fried food intake of those who did have a stroke with those who did not.

Interestingly, about 7% of men's total average caloric intake was from fried foods, while for women fried food represented just 5.8% of their total calories.

You might think that this gives you the green light to head out for some fried chicken.

Here's the catch. The majority of the fried food that's consumed in the United States is from restaurants - most frequently fast food joints. These restaurants often use corn oil, canola oil, or soybean oil as well as animal fat for their frying - and the oil is used and reused.

According to the surveys administered for this research, 62% of the participants said that they regularly used olive oil for their frying, with 24% using sunflower oil and just 14% using some other type of oil, and their oil was almost never reused.

Note also that "In another cohort from Spain, the SUN (Seguimiento Universidad de Navarra), high fried-food consumption was also associated with an increased risk of obesity, central adiposity, as well as hypertension." These aren't risk factors you can safely ignore, either.

Fried food - at least, the fried food that most people in the United States are used to eating - is still bad for you and should be kept as an occasional (very occasional) treat.

It's far more likely that the olive oil the Spanish used for the majority of their frying helped protect them from the negative effects of frying foods - and considering that olive oil is not the best option for high-heat frying, chances are their frying wasn't the deep fat frying that first comes to mind when you hear the word "fried." If you must have fried chicken, make your own Buttermilk Fried Chicken using a minimum amount of canola oil - it's safer for high temperature cooking.