The BMI/Breast Cancer Paradox
Approximately 1 in 8 women will be diagnosed with breast cancer in their lifetime and 2.7% of all women will die from it. While the average woman is 61 at the time of diagnosis, meaning they are post-menopausal, breast cancer that occurs prior to menopause is far less common than postmenopausal breast cancer. 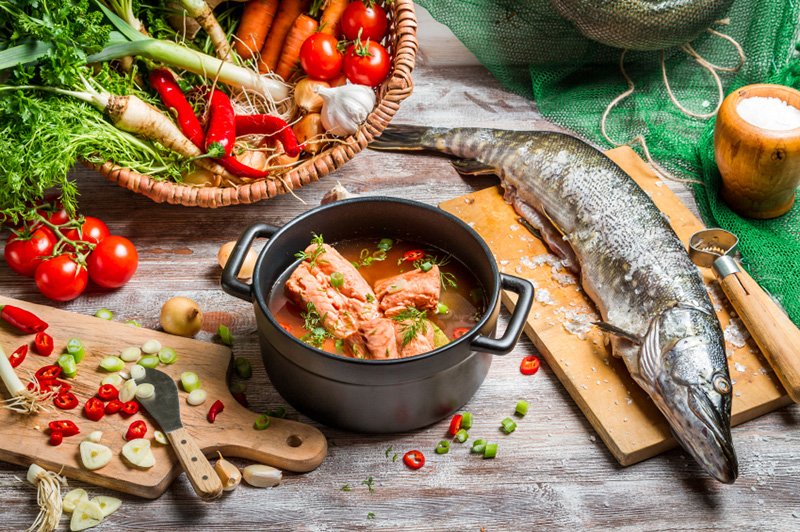 Dr. Gourmet is not about weight loss.

My message is about eating healthier - improving your Mediterranean Diet score - and the research shows that if you are overweight, you will be healthier, live longer, and reduce your risk of many chronic diseases simply by changing your diet - even if you do not lose a pound.

Carrying excess weight has been linked with increased risk of various cancers, noted an extensive team of researchers, but they also noted that it's not clear whether losing that weight might reduce that risk, especially since that previous research may not have focused on those with type 2 diabetes.

In this study, the authors analyzed data gathered through the Look AHEAD randomized clinical trial to see if those diagnosed with diabetes who lost weight reduced their risk of cancer (Obesity 2020;28:1678-1686).

The Look AHEAD trial began in 2001, recruiting nearly 5,000 clinically overweight or obese men and women with diagnosed type 2 diabetes. Half of the participants were assigned to an Intensive Lifestyle Intervention (ILI) arm of the study and the other half to a Diabetes Support and Education (DSE) arm that's not dissimilar to the usual treatment for newly-diagnosed diabetics.

The ILI arm of the trial included a daily calorie goal of 1200-1800 calories per day as well as the use of meal-replacement products, increased physical activity, and individual counseling sessions every week for the first 6 months of the trial, with decreasing frequency thereafter. The DSE arm provided three group counseling sessions per year for the first 4 years of the study with yearly sessions thereafter. The study ended in 2012.

Every participant attended annual visits with the researchers, where their weight, height, waist circumference, and blood pressures were measured. Their blood was drawn for analysis and the participants responded to questionnaires not only at the yearly visit but also by phone throughout the year regarding their health.

It should be no surprise that those in the ILI treatment section of the trial lost more weight in the first year than those in the DSE section: On average they lost about 19 pounds while the DSE group lost just 1.6 pounds in that same first year.

Nor should it be a surprise that those in the ILI treatment section regained weight after that first initial loss, such that at the close of the trial they had still lost a total of about 15 pounds.

What's important here is that while the DSE group did not lose as much weight in the first year as the ILI group, over the course of the study they lost an average of almost 11 pounds.

The researchers found that those in the ILI treatment arm neither developed cancer less frequently nor died of cancer less often than those who were assigned to the DSE arm of the trial.

For this study the authors conclude that those with type 2 diabetes who are clinically overweight or obese who followed an Intensive Lifestyle Intervention (ILI) protocol and lost weight "can reduce their cancer risk through weight loss."

They ignore the fact that those in the DSE arm of the study also lost a similar amount of weight over the course of the study as a whole, and that "the incidence of obesity-related cancers in the intervention group [ILI] was lower throughout the follow-up period, but the difference between the two groups did not achieve statistical significance."

It's tempting to conclude that those who lost weight more quickly had better outcomes when it comes to cancer incidence, but the data simply doesn't bear it out: both groups lost a similar amount of weight and their incidence of cancer, while somewhat different, was not clinically significant.

It's also reasonable to chalk up the improved outcomes to weight loss, but then there's no control group that did not lose weight to compare these two groups to, which is where the whole article breaks down.

Until we have more specific research into obesity-related cancers and weight loss in those with type 2 diabetes, you're much better off focusing on improving your diet by improving your Mediterranean Diet score. You may or may not lose weight as a side effect of improving your diet, but you definitely will improve your health.