Drinking Sugary Beverages Makes You Gain Weight
Drinking too many sugar-sweetened soft drinks has been linked to overweight and obesity along with such chronic illnesses as high blood pressure, diabetes, heart disease, gout, gallstones, and kidney disease.

Sugary Soft Drinks Linked to Adolescent Overweight
I've reported on several reasons to avoid sugared soft drinks, including: * Calories from sweetened liquids, whether from soda or fruit juices, don't seem to be perceived by the body as food in the same way that solid calories are perceived as food

Conventional wisdom may be right about acne 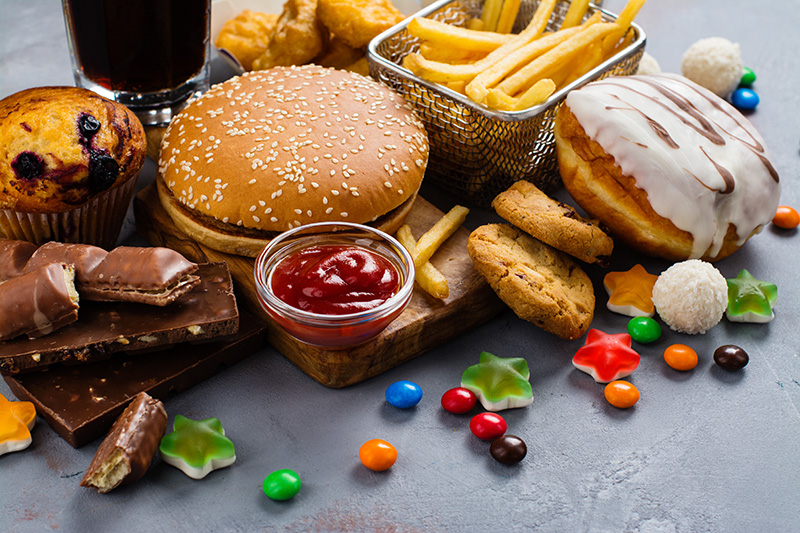 When I was a kid I recall that the conventional wisdom was that eating chocolate would give you acne. Decades later the claim was that what you ate had nothing to do with acne, but that it was genetic or was due to not using the right cleansing products. Or using too much of them. Or too little.

While the treatments for acne have advanced by light years over what treatments were available when I was young, it seems that there's still some uncertainty over whether acne is affected by diet.

The NutriNet-Sante study began in 2009 with series of 3 non-consecutive 24-hour dietary records and a survey of health and demographic information administered to each of the over 170,000 initial participants. The questionnaires are re-administered every six months. As the acne questionnaire was optional, the authors utilized only the information from respondents who both responded to the acne questionnaire and provided at least 3 complete dietary records: 24,452 individuals.

The authors assigned those who responded to the acne questionnaire to one of three categories: never acne, past acne (that is, acne in the past but not at the time of the survey response), or current acne. It should be noted that the average age of the participants for this portion of the study was 57 years, so this study is focused on adult acne, not adolescent acne.

After taking into account total caloric intake, age, sex, smoking status, body mass index, and history of chronic conditions, the authors compared the dietary patterns of those who had never experienced acne with those who were experiencing current acne.

While this study can't show that milk or chocolate or anything else causes acne directly, it certainly strongly suggests that a diet of higher saturated fat and refined grains is linked to a greater risk of adult acne.