Better research on the impact of smaller plates
It's passed into conventional wisdom: the idea that manipulating the plate you eat from can fool you into eating less. Some say that eating from a smaller plate will have that effect, but the quality of the research is questionable, with other studies showing plate size having no effect on how much people ate.

More Brown, Less White
White rice is essentially brown rice that has been processed to remove the outer bran and germ parts of the rice. This is why brown rice is considered a "whole grain" and white rice is not. There's a lot of research showing that eating more whole grains can help you reduce your risk of diabetes, high blood pressure and overweight. One of the reasons for this appears to be that eating refined grains leads to a higher spike in blood sugars than eating whole grains.

More on the Plate Means More in the Tummy
We know that in adults, a larger portion size will mean consuming more calories at that meal. We also know that foods that have more calories per serving (are "energy dense") will often do the same.

Should you salt your pasta water? 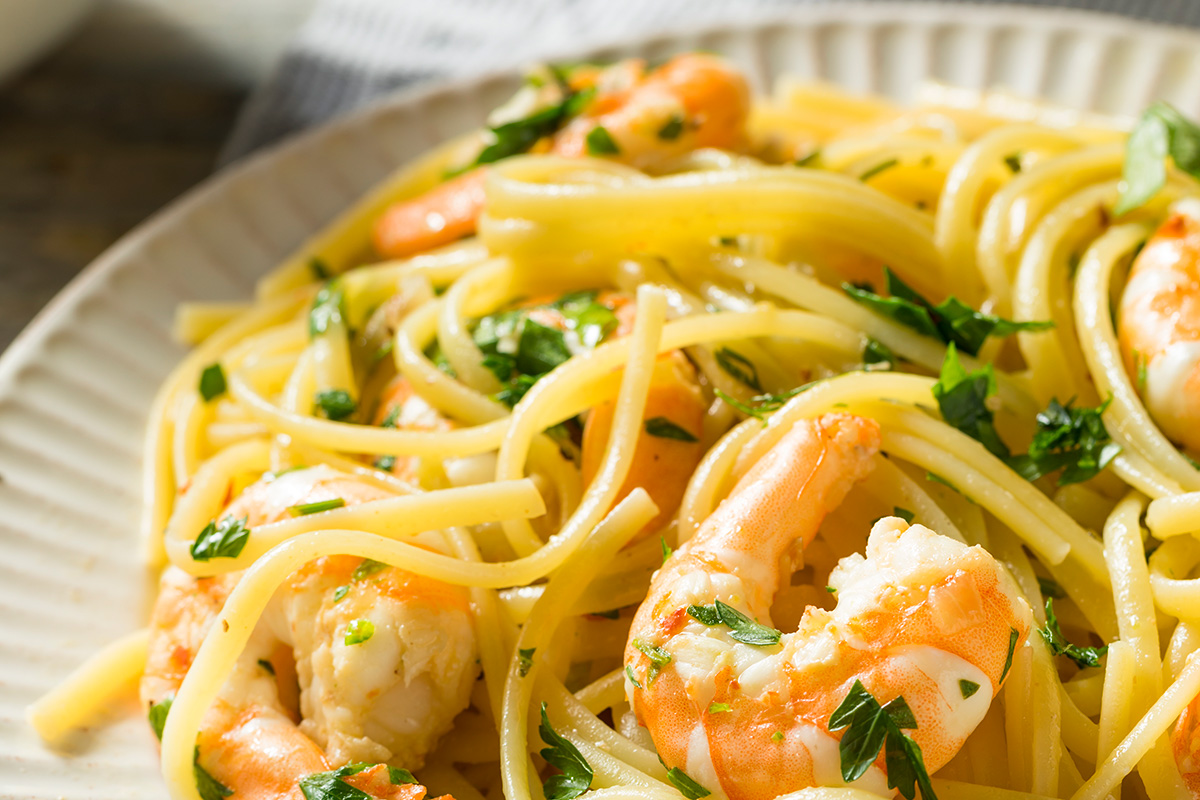 Some people claim that adding salt to the pasta water will change the boiling point of water (true, but not enough to make an appreciable difference), or that adding salt will keep the water from boiling over (not chemically possible).

I've said for decades that it's not necessary to add salt to the water in which you cook your pasta, as the appropriate amount of salt should be present in the dish's sauce.

Common sense says that cooking pasta in salted water means that at least some of the sodium in the salt would be absorbed by the pasta. The USDA nutrient database for standard reference defines "pasta cooked with salt" as containing 131mg sodium per 100g of pasta. Yet there's been little investigation into whether the amount of water the pasta has been cooked in might make a difference; nor whether whole grain or refined grain pasta might absorb more sodium, or even if different pasta shapes might affect sodium absorption.

Under a cooperative agreement between Virginia Tech and the United States Department of Agriculture Nutrient Data Laboratory, folks at Virginia Tech (Food Chem 2019;271:479-487) performed multiple analyses of cooked pasta to find out exactly how much sodium was imparted to pasta cooked in waters with various sodium concentrations.

The researchers identified multiple methods for cooking pasta, recommended by experts ranging from the package instructions for different pasta brands (such as Barilla, San Giorgio, or Ronzoni) to the different methods recommended by various culinary experts, from the International Pasta Organisation to the editors of Cook's Illustrated and the 2006 edition of the Joy of Cooking.

The authors identified a reference method (or control) for cooking: a full pound of spaghetti-shaped semolina (white flour) pasta cooked for 9 minutes in 6 quarts of water with 2 Tablespoons of iodized table salt (36 grams of sodium) added to the water. The cooked pasta was not rinsed after cooking but drained without shaking in a stainless steel colander for about 2 minutes. The cooked pasta was then rigorously processed and analyzed using inductively coupled plasma spectroscopy-mass spectrometry to determine the amount of sodium present in the pasta: 247 milligrams of sodium per 140-gram serving of pasta.

In addition to the reference method of cooking, the authors also tested the sodium content present after

Each variation was tested three times and the sodium in both the dry and cooked pasta from each experiment was analyzed three times.

Unsurprisingly, the authors found that cooking pasta without salting the water resulted in pasta with less than 5mg sodium per 140-gram serving (about 2 ounces). Cooking 8 ounces of pasta in 6 quarts of water with 1 Tablespoon of salt (half the reference amount) meant the pasta contained 128mg sodium per serving (just about half the sodium of the reference serving).

Cooking the same amount of pasta with twice as much salt meant the pasta contained about 490mg sodium per 140-gram serving (a little more than twice as much sodium).

In every case, rinsing the pasta after cooking reduced the amount of sodium in the pasta by about 34%, and whole grain pasta reacted to the various cooking methods about the same as the semolina (white flour) pasta. Pasta shape had no effect on salt content whatsover.

The only reason to add salt to pasta water is to affect the flavor of the pasta. I don't add salt to my pasta water for the same reason I don't use salted butter: I prefer to control my sodium intake. This is best done by controlling the amount of sodium in my sauce, not my pasta. In short: salt the sauce, not the pasta.