Exercise to maintain
Yes, weight loss (and gain) is all about the calories: to lose weight, calories out (burned) must be more than calories in (eaten). Exercise is a great way to make sure that you burn more than you eat, and the current federal recommendation is for 150 minutes a week (that's 30 minutes per day, 5 days a week) of moderate exercise for "substantial health benefits."

One way to resist cravings
Most people have cravings of some kind, whether it be for an addictive substance like alcohol or cigarettes, or for something benign, like chocolate or french fries. Most find cravings to be mild and momentary, but sometimes cravings can be a real problem: people trying to lose weight can have cravings just as strong as those struggling with alcohol dependence. 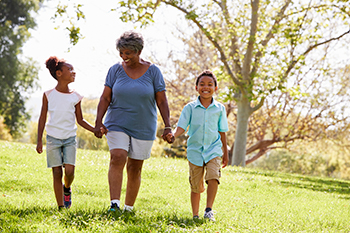 The Dr. Gourmet mission is primarily about food and eating healthier, but I can't ignore the impact that exercise can have on your health.

Recently an international team of researchers grouped together several studies of people's levels of activity that related those activity levels to the participants' overall risk of death over a designated span of time (BMJ 2019;366:l4570).

Unlike other research, instead of relying on people's report of their own level of activity - notoriously prone to error - the authors utilized only those studies that relied on one of the most clinically accurate measures of activity available: sophisticated accelerometers that people wear as much of the time as possible.

After identifying those eligible studies using accelerometers, the authors pursued the further step of requesting the original data from the studies' authors so that all of the data could be analyzed the same way.

Only 6 studies met the rigorous standards for inclusion in this meta-analysis and made their original data available to the authors: these studies utilized either the Actigraph or Actical accelerometer (both technologically sophisticated gadgets that measure individualized calorie burn). Both are considered extremely clinically accurate for measurement of movement and are worn on the body in various locations. Indeed, for today's research some studies were excluded because the accelerometers were worn on parts of the body that are considered to provide less accurate measurements of overall movement.

For this study the authors utilized a measure of total movement known as CPM (counts per minute), which allows researchers to measure physical activity more holistically than using steps or heart rate alone. Thus they could estimate total volume of physical activity, including time spent doing such mundane activities as gardening or walking through the parking lot or to the bus stop in addition to intentional exercise such as jogging or lifting weights.

The total number of participants in this pooled study numbered over 36,000 men and women and followed the participants for at least 3 years and for as many as 14.5 years.

The authors of this study grouped the participants' level of physical activity according to intensity and total amount of time spent at that intensity, and also kept an eye on the amount of sedentary time in each participants' life.

Struck by the incredibly large effect that moving from the lowest quartile of physical activity to the second-lowest had on participants' risk of all-cause mortality, the authors reversed their focus and analyzed the risk for 4 increasing levels of sedentary (inactive) time: compared to those who were least inactive, those in the second quartile of inactivity were 28% more likely to die of any cause, while those in the third quartile of inactivity were 71% more likely to die and those most sedentary saw their risk of death from any cause increase more than 260%.

This research emphasizes the importance of engaging in physical activity for overall health - indeed, by some measures being sedentary is of greater risk to your health than being clinically overweight or even obese. More importantly, however, it shows that "physical activity" does not have to mean time spent in exhausting effort or at a fancy gym (or both). Great suggestions for getting started at increasing your levels of physical activity include parking a little further away than you usually do in the parking lot, getting off one stop before your regular bus stop and walking the rest of the way, and taking the stairs for at least one floor rather than using the elevator for the entire trip.

If you're already fairly active and would like some ideas for improving strength through resistance training - even without fancy equipment - check out our Exercise resources, where Jacques Courseault, MD can teach you how to use your own body weight, resistance bands, or more advanced home equipment to build your muscles and further reduce your risk of all-cause mortality over and above the other benefits of exercise.