Protect your mind with Mediterranean Diet 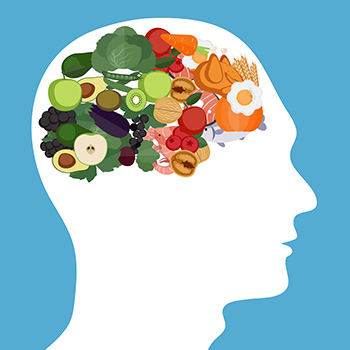 A couple of years ago I wrote a column called 4 ways to protect your brain with diet, which explored the effects of high blood sugars, dietary fats, antioxidants, and processed foods on cognitive function.

I mentioned that a Mediterranean Diet is a good way to reduce your risk of high blood sugars and diabetes, and noted that its emphasis on more high-quality monounsaturated fats and less saturated fats was a good way to improve the quality of the fats in your diet. Now a study published in the journal Neurology looks at Mediterranean Diet and other healthy dietary patterns and their effects on cognitive function directly (2019;92(14):e1589-e1599).

An international team of researchers made use of data gathered for the CARDIA study (Coronary Artery Risk Development in Young Adults). The study included over 5,000 healthy young men and women between the ages of 18 and 30 when the study began in 1985-86.

At the start of the study and after 7 and 20 years the participants responded to a detailed dietary questionnaire that allowed the authors to assign each person a score for how well they adhered to three different dietary patterns: the DASH diet (Dietary Approaches to Stop Hypertension); the Mediterranean Diet; and APDQS (A Priori Diet Quality Score), which takes into account higher intake of foods considered to be beneficial to health (such as legumes, vegetables, and fish) as well as lower intake of foods considered bad for health (such as fast food, desserts, high-fat dairy, and sugar-sweetened soft drinks).

Each participant thus had 3 of each score: one representing their diet at the start of the study, one at the 7-year mark, and one at the 20-year mark. To take into account any changes in the individual's diet over time, the authors averaged the scores for each dietary pattern.

The participants were also subjected to a battery of 3 standardized test of cognitive function: one that tested verbal learning and memory, one that assessed processing speed, and a third that measured executive function. These cognitive tests were first performed at year 25 and were repeated, along with an additional test, at year 30.

For each individual, the authors created composite scores for each year's set of tests, then compared the two to see how the scores had changed over time. The individual's dietary pattern scores were then correlated with their cognitive scores to answer the question of which type of dietary pattern was (or was not) linked with changes in cognitive function over time.

The authors note that the participants' average Mediterranean Diet and DASH diet scores tended to increase over the course of the study (20 years), while their APDQS decreased.

When considering changes in cognitive scores, the authors also took into account demographics (gender, race, income, etc.) as well as health factors such as smoking and caloric intake. They found that after taking those other factors into account, better Mediterranean Diet scores and APDQS were linked to better initial scores in the cognitive function tests, while DASH diet scores didn't appear to be related either way.

The authors put it succinctly: "...greater long-term adherence to MedDiet or APDQS, but not DASH, was associated with less decline in global cognitive function in midlife."

But there are the typical caveats: this study shows correlation but does not prove that any particular dietary style caused decline or even protected the participants from cognitive decline. Yet the authors' conclusion is supported by other, relevant evidence like that in my column on protecting the brain with diet. It's reasonable to add this study to the evidence that a Mediterranean style diet can protect your brain from cognitive decline. Here's more on what a Mediterranean style diet really is.