Eat Less, Reduce Your Risk of Heart Disease
We know that eating a low-calorie diet for the long term can slow aging in laboratory animals. We also know that in the short term, a low-calorie diet can improve a person's blood pressure, total cholesterol, and triglyceride levels, all risks for heart disease.

Eat Less, Have a Younger Heart
Research has shown that eating fewer calories decreases the risk of heart disease. While there are also theories that calorie restriction can slow the effects of aging, none have yet been proven. Dr. Timothy Meyer and his colleagues (JACC. 2006; 47:398-401) looked at the question of what effect reducing calories might have on the heart by evaluating a group of 25 people who had been following a calorie restricted diet.

It's easier than you think to improve metabolic scores 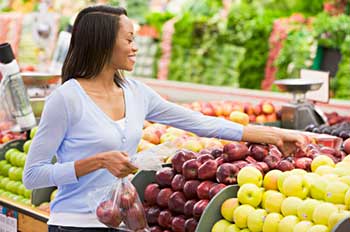 In medicine, it's almost axiomatic that for those who are overweight or obese, losing weight will improve metabolic scores such as blood pressures, cholesterol scores, and glucose or insulin scores. This weight loss is usually effected by cutting overall calories, regardless of whether the diet plan is Mediterranean-style, ketogenic, Paleo, or DASH diet.

Way back in 2006 I reported on a study that assessed the effects on the hearts of those following a significantly calorie-restricted diet of about 1,600 calories per day with those following a more usual Western diet at about 2,400 calories per day. The authors found a greater decline in diastolic heart function in those consuming more calories, even though the levels of macronutrients in both diets were largely the same.

Today's research takes a broader look at the effects of calorie restriction and metabolic scores (Lancet 2019; http://dx.doi.org/10.1016/S2213-8587). The authors designed a controlled trial that lasted for two years: they randomly assigned two-thirds of 218 adult, non-obese men and women to a reduced-calorie diet while the other third continued on their usual diet.

As you might expect, the actual number of calories the reduced-calorie group managed to cut from their diet was a little less than half of what the researchers planned for: about 12% over the course of the two years, not the more ambitious 25%. To put this into perspective, those on a 1,500-calorie per day diet had been expected to cut out 300 calories per day, while those on a 2,000 calorie per day diet were expected to cut their intake by 400 calories per day.

As it turned out, those cutting calories reduced their intake by about 165 and 220 calories per day, on average, respectively.

The participants underwent blood and glucose testing at the start and end of the study to assess their metabolic scores, including blood pressures, cholesterol scores, and glucose tolerance scores. Despite them falling short of the researchers' caloric restriction goals, those cutting calories still lost about 7.5 kg (about 16.5 pounds), while those who continued on their usual diets gained about 0.1 kg (a little less than 1/4 pound). They also improved their triglycerides, their insulin sensitivity, and significantly improved blood pressures, both systolic and diastolic.

You do not have to lose significant amounts of weight in order to improve your metabolic scores: most people only need to consume about 1,500 calories per day and the participants removed the equivalent of a candy bar in the number of calories they consumed eat day. The key here is to sustain that change, If you'd like to effect lifestyle change, choose something small that you can live with: you'll be surprised at how effective it can be.