Best way to get your vitamins? Eat them.
Certainly there are times when it's a good idea to take extra vitamins or other supplements, but these are limited to people in pretty specific populations: for example, during pregnancy, if you are a woman of childbearing age, or if you are following a vegan diet. However, in our well-fed Western culture it's pretty rare to really need to take vitamins. 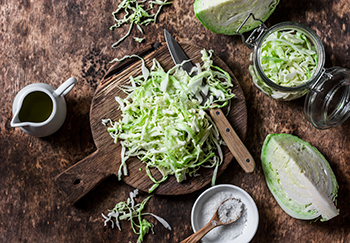 It's believed that chronic conditions such as cancer and heart disease are due at least in part to chronic, systemic inflammation. This is why anti-inflammatory diets, like the Mediterranean Diet, are becoming so popular: they help reduce inflammation and thus are thought to reduce your risk of cancers and other conditions.

The authors used data gathered in a large-scale, prospective study that began in 1990 and included nearly 90,000 men and women who were without cancer, heart attack, or stroke and were between the ages of 40 and 69.

At the close of the study, at the end of 2014, the authors were able to ascertain the cause of death for the over 15,000 people who had died by consulting with the Ministry of Health, Labor, and Welfare.

The lowest quintile of intake among the Japanese is about the same amount as most Westerners usually eat. Adding more cruciferous vegetables to your diet can't hurt - more vegetables are always better - and may help you avoid cancer and heart disease.