When the low-carb hype doesn't add up
The LA Times headline reads, "The case against carbohydrates gets stronger." The article is written by the lead author of a study recently published in the British Medical Journal (2018;363:k4583)

Which is better for you - a low carbohydrate diet or a high-fat diet?
So many fad diets demonize one macronutrient at the expense of the others, and lately the nutrient people love to hate have been carbohydrates, whether that's the Atkins diet or the Paleo diet. Until recently we in medicine have been proponents of a low-fat diet, which appears to have had at least some effect on obesity rates. 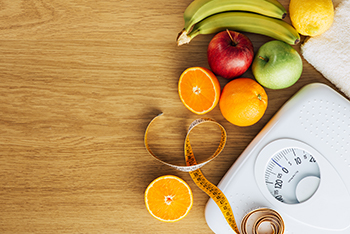 I call them the 'diet wars': the ongoing controversy over which diet is most effective for long term weight loss. Unfortunately, regardless of what type of diet they are following, most people lose the most weight within the first few months of a diet and then slowly put the weight back on. Just why the weight is regained has been something of a mystery: dieters will respond to dietary questionnaires or keep food records that indicate that they cut calories by a certain amount and that they maintain that lower caloric intake - even while their weight initially drops and then slowly creeps back up.

So what's really going on? Are people following a specific type of diet more likely to regain the initial weight lost?

Researchers with the National Institute of Diabetes and Digestive and Kidney Diseases as well as those from the Department of Medicine at Stanford University analyzed dietary and individual weigh-in data from a study known as DIETFITS (Diet Intervention Examining the Factors Interacting with Treatment Success), a randomized weight loss trial lasting 1 year (Obesity 2019;27(3):420-426).

The study randomly assigned participants to a low-fat or low-carbohydrate diet: both groups were instructed (with counseling from dietitians) on how to reduce their intake of either fat or carbohydrates, respectively, to levels below 20 grams per day for the first 8 weeks of the trial. After the initial 8 weeks the participants were instructed to slowly add back fats or carbohydrates in increments of 5 to 15 grams per day until they reached, in the authors' words, "the lowest level of intake they believed could be maintained indefinitely."

Note that the participants in this study were not told to cut calories, but only were instructed to cut their fat or carbohydrate consumption.

The participants reported on their dietary intake with questionnaires that were administered at 3, 6, and 12 months. These questionnaires included 3 days: 2 weekdays and 1 weekend day for each questionnaire. With these recalls the authors could assess the number of calories the participants said they were consuming as well as their levels of fat or carbohydrate intake.

In an interesting wrinkle, the authors used a sophisticated mathematical formula that included such variables as metabolic rate, physical activity level (as reported by the participant), body weight, change in physical activity, age, sex, and height to calculate the required caloric intake for the amount of change in body weight during a designated time interval in the study. In essence, given the reported body weight for an individual and their change in weight as well as their level of physical activity, the authors were able to reverse-engineer how many calories the participants had to have been consuming. (This is over-simplified. )

Neither the low-fat nor the low-carbohydrate dieters could maintain their initial weight loss - not necessarily because of the type of diet they were on, but because they simply couldn't sustain the reduction in calories that drove their initial weight loss. The authors theorize that the difference between the reported intake and actual intake may have been driven by unreported snacking or even an easing up on measuring the specific amounts of foods.

Rather than dieting just to lose weight, choose a healthy diet you can live with that leads you to consume more low-caloric-density foods (that is, more volume for your caloric buck). The Mediterranean Diet is one such lifestyle that we know from extensive research is good for you, and when you eat more fruits, vegetables, whole grains, and legumes, you can consume much more food - keeping you more satisfied - than you might on a low-fat or low-carb diet.