The importance of breakfast (it's not what you think)
A recent study appearing the Journal of the American College of Cardiology (http://dx.doi.org/10.1016/j.jacc.2017.08.027) argues that eating breakfast has a bigger impact on your health than just your waistline: it's also good for your heart.

What about breakfast??
There are a number of reasons that you should make a healthy breakfast part of your life. When you consider that you had dinner at 6:00 or 7:00 the night before and you might get up for breakfast at 6:00 A.M. you have already gone about 12 hours without eating. Not having breakfast and waiting until your "coffee break" or lunch adds even more time. By the time you get around to eating it could be that your body has been starving for as long as 18 hours.

Breakfast may not be as important as previously thought 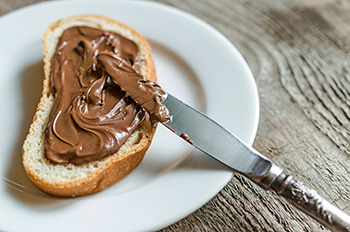 The health and nutrition crowd has been saying for years, if not decades: "Breakfast is the most important meal of the day."

Of course, that importance depends on your perspective: are you looking at eating breakfast as a weight loss tool, as a means of managing blood sugars and other metabolic scores, or something else? We've seen that consuming the majority of calories early in the day can help you lose more weight, that eating more fiber (or more protein) at breakfast will keep you satisfied through the morning and help you avoid excessive snacking, and also that those who consumed a larger portion of their total daily calories in the morning tended to consume fewer calories overall.

A team of researchers in Italy noted all of those conclusions and thought to compare different types of breakfasts to see if there might be different effects on metabolic scores as well as what the participants ate later in the day (J Nutr 2018;148:1536-1546).

Fifteen healthy young men of clinically normal weight participated in the feeding study that compared the effects of four different breakfasts on metabolic scores and caloric intake. Three of the four breakfasts are described as "commonly consumed at breakfast in Italy": white bread with a chocolate hazelnut spread, muesli (essentially unbaked granola) that included nuts and dark chocolate chips, and chocolate-flavored puffed rice. All three breakfasts contained the same number of calories and were served with a glass of milk and an apple. The fourth, control breakfast was a cup of decaffeinated coffee.

The participants consumed the four different breakfasts for one week at a time, assigned in a random order and separated a week of returning to their regular diet. The authors provided all of the breakfast meals for the four test weeks to ensure compliance and directed the participants to always consume their assigned breakfast at about 0800 (8:00am).

Mid-week of each test week the participants consumed their assigned breakfast in the lab. Before breakfast they responded to appetite-measuring questionnaires, then at intervals after breakfast had their blood drawn to assess glucose response and other metabolic scores. About 4 hours after breakfast they were served a buffet-style lunch meal of four different dishes: a salad that included ham and cheese, chicken nuggets, pasta served with vegetables, or pizza served with fries. The participants ate as much as they wished of the dishes, with plates weighed before and after lunch to determine the exact amount consumed.

The authors note that of the three test conditions (that is, the three breakfasts) only the chocolate puffed rice breakfast caused a hypoglycemic rebound about 2 hours after breakfast. Otherwise the differences between the various breakfasts are not particularly notable. (Of course the control - the decaffeinated tea which is essentially no breakfast at all - caused the same metabolic changes as skipping breakfast.)

Needless to say, this flies in the face of quite a bit of what's been accepted as true regarding breakfast. That doesn't mean we should start skipping breakfast to lose weight, however - this is one very small study done in young men who are healthy and of clinically normal weight. Could the results have been different in women, those older or younger, those who are over- or under-weight, or who have diabetes or another chronic disease? Of course. The majority of evidence is still for having a bit of breakfast.