Visualize the Sugar
A group of researchers at the University of Alabama theorized that showing people concrete representations of the amount of sugar in a drink might deter people from drinking it - and devised a series of four interconnected studies to find out if that might not be the case.

What The American Beverage Association wants you to thinks
Researchers at the University of Colorado and Temple University teamed up to compare drinking water with drinking beverages sweetened with non-nutritive sweeteners (meaning products like aspartame, stevia, or Splenda®) as part of a weight-loss study. Their stated hypothesis was that people would lose the same amount of weight regardless of whether they drank water or a diet drink.

Live more robustly in later life with a Mediterranean Diet 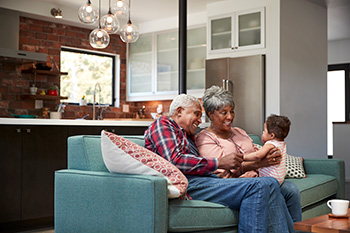 People are living longer and longer: those who were born in 1970 can expect to live at least ten years longer than those born in 1920, and those born in 2000 can add nearly 10 more years on top of that. For example, a white man born in 1920 was likely to live to be 54, while his wife would see 66, and their grandchildren or great-grandchildren, born in 1970, could expect to see 68 and 76. Life expectancy for black men and women, while lower on average, also improved significantly: black men and women born in 1920 had a life expectancy of 46 and 45, while in 1970 that increased to 60 and 68.

That means more time spent in older age, making it more important than ever that folks stay as healthy as they can so they are physically and mentally able to enjoy their lives. I've written about the importance of a healthy diet to avoiding the decline in mental abilities often associated with age, but today's research looks at a common measure of physical decline in the elderly: a condition known as frailty.

The authors of today's article (Clin Nutr 2018;(37)4:1293-1298) utilized data from an ongoing study in France that was created to analyze the risk of dementia. The study began recruiting participants in 1999-2000, but for the purposes of this research the authors used the data gathered at the 10-year follow-up, in 2009-2010. The participants they included in their research were 65 years or older at the time of recruitment: 74 or over at the initiation of this study. (From here on out I'll refer to the 2009-2010 data collection as the "start" of this study.)

The data gathered at the start of the study included a dietary questionnaire that allowed the study authors to assign a Mediterranean Diet score - from 0 to 9, with 9 being perfect adherence - to each participant's habitual diet.

Each participant's frailty score was calculated using multiple measures, including involuntary weight loss of more than 3kg (about 6 3/4 pounds), feeling unable "to keep on doing things" at least 3-4 days per week, slow walking speed or inability to walk up and down a flight of stairs within a certain amount of time, grip strength or ability to stand up from a seated position, and amount of overall physical activity. Those who scored poorly on 3 out of 5 of the frailty criteria were considered to be clinically frail. None of the included participants were considered frail at the start of the study.

The researchers were careful to differentiate between frailty and the development of a disability: those who required assistance to perform Activities of Daily Living (ADL), which include bathing, dressing oneself, toileting (brushing teeth and hair, etc.), transferring oneself from a bed to a chair, and eating, were excluded from study completely regardless of when they developed the disability. If a participant was considered clinically disabled according to the above criteria at the second assessment - but not at the first - they were excluded from the study completely. The authors compared only those who became frail, but not disabled, with those who did not become frail or disabled.

Of the 560 men and women who remained in the study after two years (and after exclusions for disability), the researchers note that those with a Mediterranean Diet score of 6 or above (considered a high score) were 62% less likely to become clinically frail than those whose Mediterranean Diet score was 3 or less - even after taking into account Body Mass Index, whether the participant had diabetes of any kind, whether they had high blood pressure, and more.

As always, I must caution that this is an observational study: we can't be sure that the participants' Mediterranean Diet has directly caused a lower frailty score. On the other hand, we have seen a great deal of research suggesting that a high Mediterranean Diet score is linked with other positive measures of a robust later life. Your best bet is still to follow a Mediterranean-style Diet: where you can eat great food and eat healthy.