Inflammation and depression
Research in both adults and children has linked eating more fast food to a greater risk of depression. We've also seen that a higher adherence to a Mediterranean-style diet is associated with better quality of life in general, both physically and emotionally, as well as an improved overall mood.

The True "Heart Attack Proof" Diet
A couple of months ago a reader asked me for my opinion of Dr. Esselstyn's 'Heart Attack Proof' diet. This is essentially an extremely-low-fat diet that completely eliminates meat, fish, dairy, and all oils, including nuts. On the one hand, we know that extremely-low-fat diets are not the magic bullet in preventing heart disease that it once was thought to be. On the other, adhering to this diet is extremely difficult for most people: simply avoiding any oil whatsoever (you can't use oil in pasta sauces, breads, or salad dressings, just as a start) is pretty difficult.

Are those on a Gluten-Free Diet Eating Healthy?
Celiac Disease causes damage to the villi (think tiny fingers) that line the small intestine. These villi are responsible for your body absorbing many nutrients, so many Celiac patients are nutrient-deficient. When a Celiac patient goes on a gluten-free diet, their villi slowly return (for the most part) and they are again able to absorb the nutrients from the food they eat. This is often cited as a reason that many Celiac patients gain weight after their diagnosis. 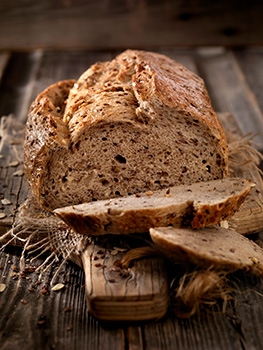 Just last week I reported on a study that suggested that a high-protein, lower carbohydrate diet that got most of its protein from land animals was linked to a higher risk of heart failure. A lot of previous nutrition research has looked at specific nutrients (like antioxidants, minerals, or fatty acids), specific foods (nuts or olive oil), or overall dietary habits (like the Mediterranean Diet or DASH Diet), but with low-carb diets so popular in various forms over the last few decades, there's finally opportunity to look at the effects of different levels of macronutrients on long-term health.

For today's article (Lancet Pub Hlth 2018 doi.org/10.1016/S2468-2667(18)30135-X) a team of researchers began by utilizing data gathered for a large-scale, long-term study known as ARIC (Artherosclerosis Risk in Communities) that began recruiting participants between 1987 and 1989. This study enrolled over 15,000 men and women who lived in four communities in the United States; along with providing demographic and health information, the participants filled out detailed dietary questionnaires at their initial intake visit and then again between 1993 and 1995, with followup (for this study) continuing through 2013.

The authors analyzed each participants' diet for their percentage of calories consumed from each macronutrient, then further broke out the sources of proteins and fats into animal versus vegetable proteins and fats and ranked them in increasing percentages of intake.

After taking into account variables that included age, sex, self-reported race, education, smoking status, physical activity, total caloric intake, and diabetes status, the authors found that compared to those who consumed 50%-55% of their total calories from carbohydrates, those who consumed less than 30% of their calories from carbohydrates were 37% more likely to die of any cause over the course of the study. Or to put it another way, the low-carb consumers had a life expectancy 4 years shorter than those with moderate carbohydrate intake.

On the other hand, those whose carbohydrate intake was over 65% of their total calories were also more likely to die of any cause - by only 16% (or a projected life expectancy of just a little over a year shorter).

To strengthen their research, the authors also performed a meta-analysis that combined the data from ARIC with the data from other major prospective studies, including the Nurses Health Study, the Health Professionals Follow-up Study, EPIC (European Prospective Investigation into Cancer and Nutrition), NIPPON DATA80 (National Integrated Project for Prospective Observations of Non-communicable Disease and its Trends in the Aged, based in Japan) and the PURE study (Prospective Urban Rural Epidemiology).

This is not just an argument for the virtues of avoiding extreme protein intake on behalf of moderation in (quality) carbohydrates, but also for a plant-based diet, as in mostly but not necessarily all plant-based foods).

In the long run I see this as good news for those who would like to improve their diets but can't realistically maintain a vegan or fat-free or carbohydrate-free or pick-your-restrictive-fad-diet-here for the long term: a sensible diet that includes whole grains, legumes, lean meats and less processed meats, lots of vegetables and fruits, and fermented dairy like yogurt and cheese is likely to help you live longer and healthier. That's a Mediterranean-style diet - and it's easy to live with.