Portion size perception is relative
A couple of months ago I shared with you an article that looked at people's perception of their usual portion size and whether that amount might be larger for those who are considered clinically overweight or obese.

Portion size more important than turning off the TV
You've probably heard people say that if you're working on your weight, you should sit down at the table and eat your food without distractions like watching television. It's true that watching TV can lead both adults and children to eat more than they would otherwise. 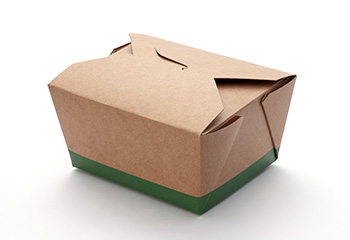 "When you eat out, plan to take half of it home."

I've been saying this to my patients (and to you, Dr. Gourmet readers) for over 20 years. My advice has been to ask for a "doggie bag" or take-out box at the beginning of the meal, and to immediately place half the food served in the take-out box - before you take a bite of the food. The idea is that if you then clean your plate of the remaining half portion, it's likely that you're satisfied - and chances are you haven't overeaten. Plus you have lunch or dinner for later!

Like a lot of common-sense advice, however, there's been little scientific evidence to support the doggie bag theory.

Researchers at Penn State recruited 53 women between the ages of 18 and 60 to participate in their "dinner feeding study (Appetite doi.org/10.1016/j.appet.2018.07.009)." The women were served a dinner meal in the laboratory once weekly for four weeks. The meal consisted of chicken with sauce accompanied by orzo pasta with butter, with broccoli and garlic bread on the side as well as fresh grapes.

The four dinner meals were the same meal each time but the amounts changed in random order for each participant, from the initial, average dinner meal size to 125%, 150%, and 175% of the original meal size. The women were invited to consume as much as they wished, and the uneaten amount was weighed so the researchers knew how much each woman consumed.

The twist is that for half of the dinner meals, chosen randomly for each participant, the women were told that anything they didn't eat they could take home afterward.

Ten percent fewer calories at dinner might not seem like very much, but over the course of months or years it can be quite significant: remember that losing one pound per week means cutting a total 0f 2100 calories per week (about 300 calories per day).

Consider also that taking home the leftovers means you get two meals for the price of one. As part of a larger weight maintenance or weight loss strategy, planning to take home leftovers when you eat out is certainly worthwhile. I still suggest that you ask for that take-out box at the start of the meal, rather than after you've eaten your fill. If you put away half, chances are you'll find yourself satisfied with the half you've left on your plate - and you still have the other half for later.