What's your personal portion size?
I've spoken and written extensively about portion size and the importance of portion control in weight management. This is partly in response to what is often termed "the super-sizing of America," but it's not just restaurants where portion sizes have blown up in the last several decades. Brian Wansink and his team discovered that the portion sizes in such beloved cookbooks as The Joy of Cooking have also increased. That means that for a lot of people, they have no idea what an actual portion size should be - because they've probably never seen one.

Can we reverse the effects of 'supersizing'? 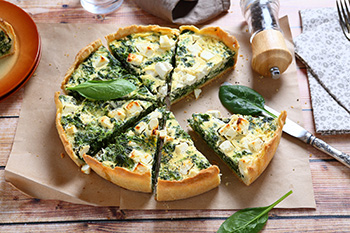 It's pretty obvious that portion sizes - that is, the amount of food presented to an individual as an appropriate amount for one person to consume at a given eating occasion - has grown significantly in the last few decades. We've seen that this is true in assessments of serving sizes as presented in The Joy of Cooking, a popular cookbook in the United States, as well as in estimates of "ideal" serving sizes in the United Kingdom.

To find out, the authors devised three experiments that presented participants with different amounts of a fairly familiar food then later asked then to choose their own servings of the same food. The first two experiments were identical, except that the first included only women (75 total), while the second included only men (78 total).

The participants for each of the first two experiments attended a study session in the lab described as investigating "hunger and executive functioning" (a deliberately misleading description). Right before lunch time the study participants responded to a mood and hunger questionnaire, then were served a smaller or larger amount of quiche (either 1/4th of a full-size quiche or 1/2 of a full-size quiche, randomly assigned) along with a side salad, were asked to eat that lunch, and then afterwards were asked to evaluate the flavor of the quiche as well as their post-meal levels of hunger. As part of the cover story the participants were also asked to perform a cognitive task involving identifying words or filling in missing letters in words.

On a second visit to the lab, the participants completed a cognitive task prior to eating and then were invited to eat however much they wanted from a whole quiche and a much larger amount of salad. The researchers secretly measured how much quiche the participants consumed at each of their two visits to the lab.

As part of an online survey administered immediately after the second visit to the lab, the participants were asked to rate their own hunger, then shown pictures of various portion sizes of quiche (from 1/8th quiche - about 1/2 of the recommended serving size - to a whole quiche - about 4 recommended servings) and asked to choose what amount of quiche they felt was "a normal portion size of quiche to eat for lunch." As a check the authors also asked the participants to indicate the portion size they had initially been served for lunch, again from one-eighth of a quiche to a whole quiche.

On the other hand, in experiment number 3 (140 participants, both men and women), the initial serving of lunch and the follow-up survey were separated by a week. In the follow-up survey the participants were not served an unlimited amount of quiche, but were asked to estimate from online pictures of various amounts of quiche the amount that they would serve themselves for lunch.

More research is clearly needed, as the results from one study do not come anywhere close to clinical certainty. That said, this suggests that if you, as a consumer, choose to serve yourself smaller portions on a regular basis, you may get used to those smaller portions - and you won't feel any more hunger than if you had consumed the larger portions. If you're working on your weight, this could be a valuable tool: get used to smaller portion sizes (i.e., fewer calories) without hunger.